The money was returned to its anonymous owner. 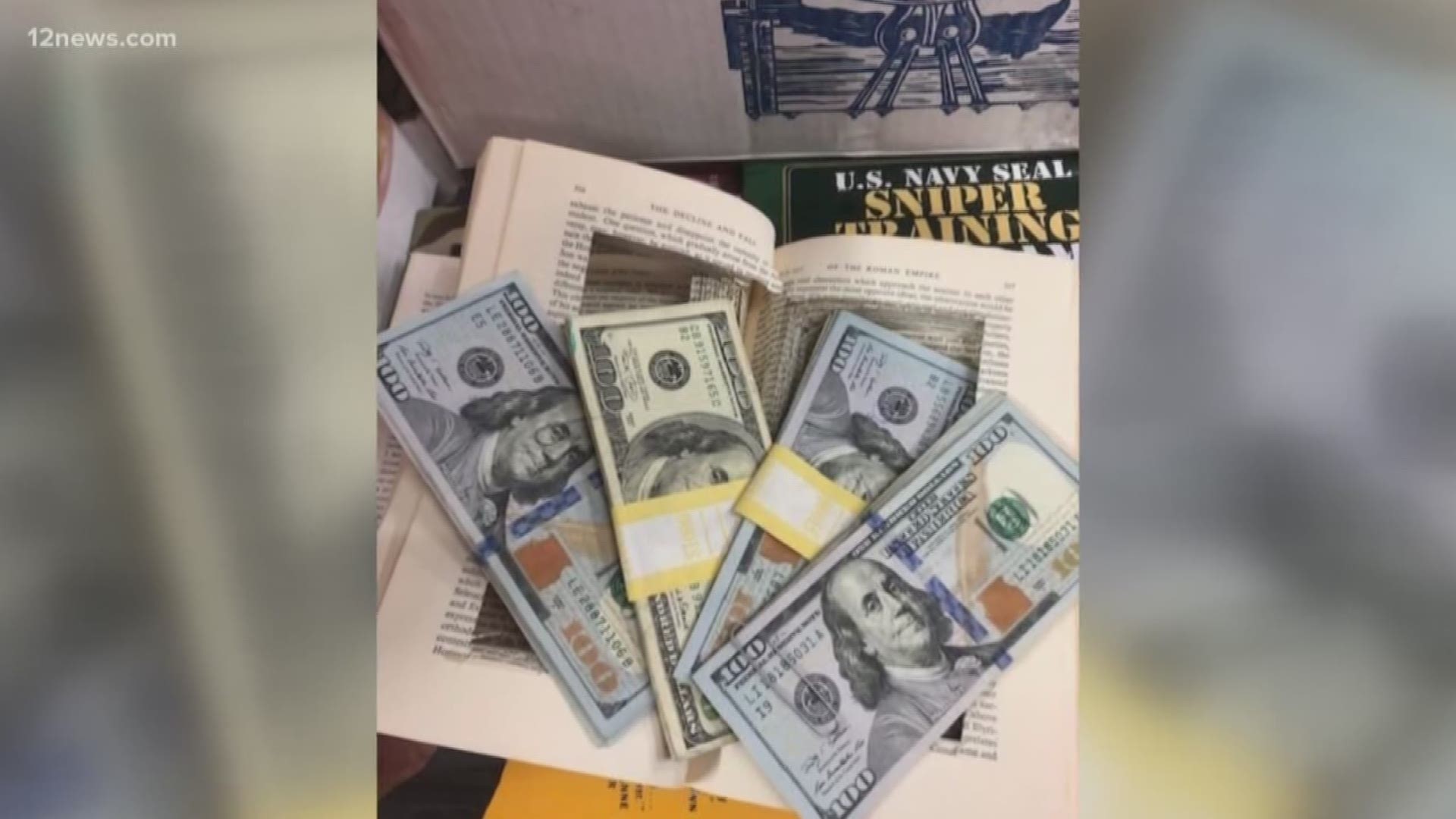 PHOENIX — It’s been a Valley fixture for 63 years: The annual VNSA book sale draws thousands of customers looking for a good deal that benefits a good cause.

But as volunteers were preparing for this year’s event, which wrapped up Sunday, they had a very special find.

And it wasn't a rare book, but rather a perennial dust collector, that got all the attention.

“The book in question was ‘The Decline and Fall of the Roman Empire’, which is not a big seller,” said volunteer Cathy McAllister.

McAllister has been volunteering for the group for seven years.

She was about to throw the book away when she decided instead to take a closer look.

“I fanned the book and someone had taken an X-Acto knife and cut a big hole in the middle of the book,” McAllister said.

And at first, she couldn't believe what she found.

“I thought it was Monopoly money," she said. "I took a closer look and I thought, 'This is real money!'”

Thankfully the former owner left a letter and an address label inside too.  Within hours, the cash was back where it belonged - with a man and his family who wished to remain anonymous.

“We do find money every so often. You find a one or a twenty sometimes, but this was a different category -- not $4,000," said McAllister.

The obvious question: Did Cathy ever consider keeping it?

She says not for a second.

“No. I mean, my mother brought me up right,” she said.

McAllister says the family did make a generous donation.

Even if someone had some explaining to do.

“She asked him ‘Dad, was there any other book that you did this with?'" she said. "I’m sure they went home and opened up every other book in the bookcase."