The human-caused brush fire was 100% contained as of Saturday. 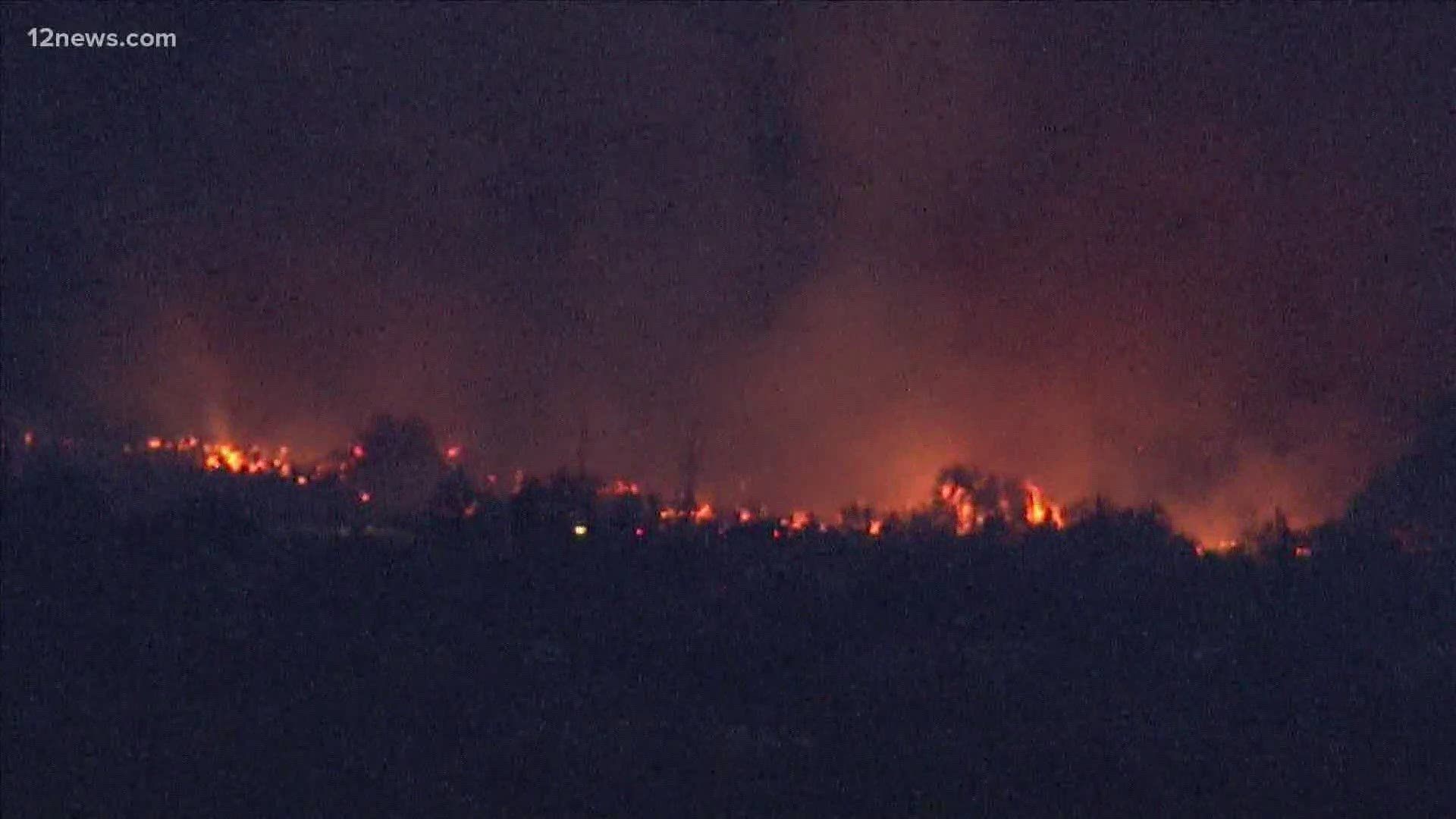 MARICOPA COUNTY, Ariz. — Editor's note: The above video is from a May 22 newscast.

A brush fire burning near the White Tank Mountains that forced evacuations has been fully contained.

The brush fire was fully contained as of Saturday, officials said.

The Arizona Department of Forestry and Fire Management said the fire is burning on the southeast side of the park, about three-and-half miles west of Waddell.

The fire has burned about 35 acres as of Friday morning.

It was determined that the fire was human-caused.

It is under investigation. 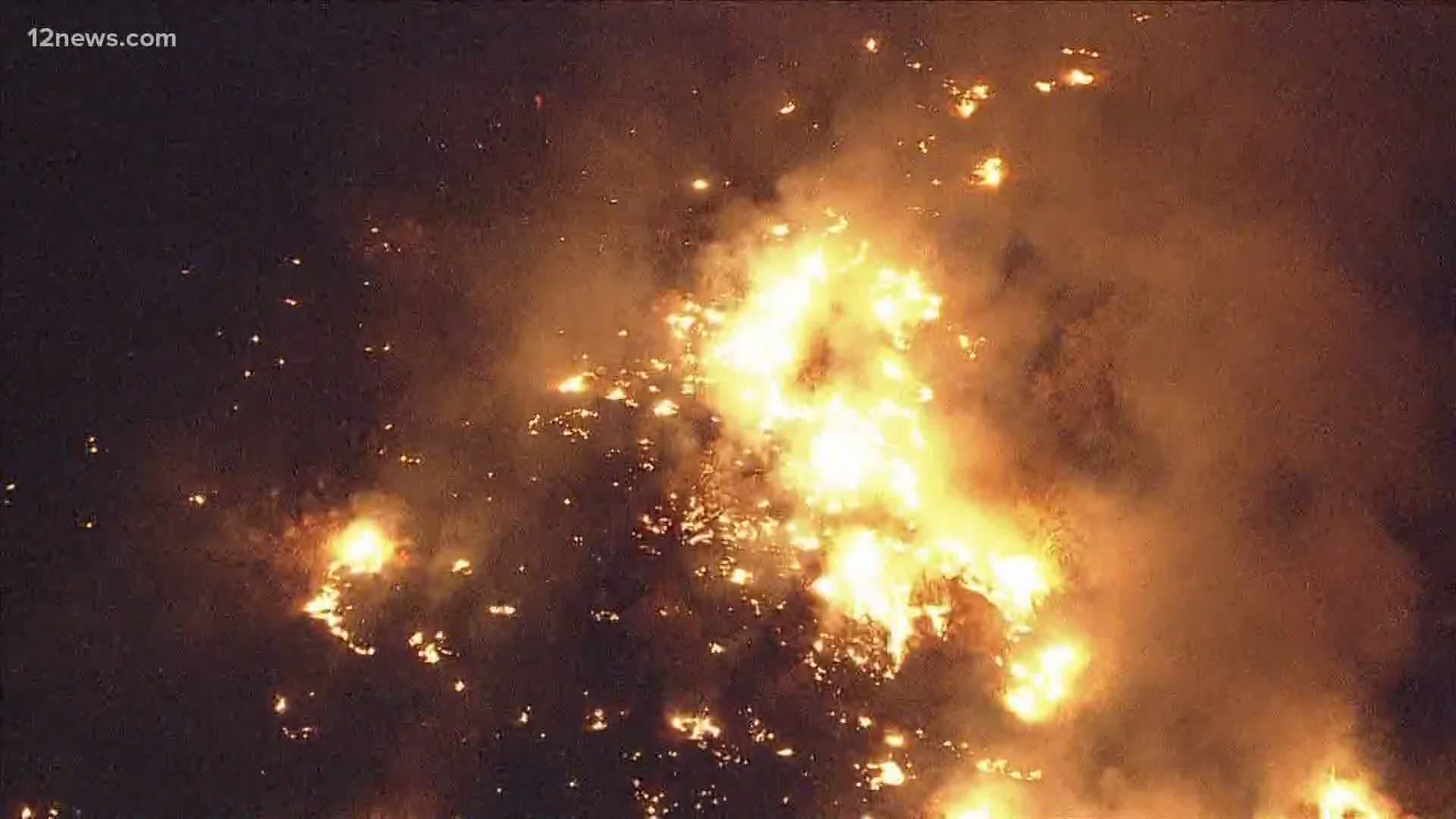 RELATED: Crews stop forward progress of Purcell Fire near Carefree Highway and I-17

RELATED: Here are some ways to help prevent wildfires in Arizona