A Vietnam veteran waited more than five months for his permanent prosthetic leg. It took multiple inquiries from 12 News to get the Phoenix VA to finalize the order for the prosthetic. 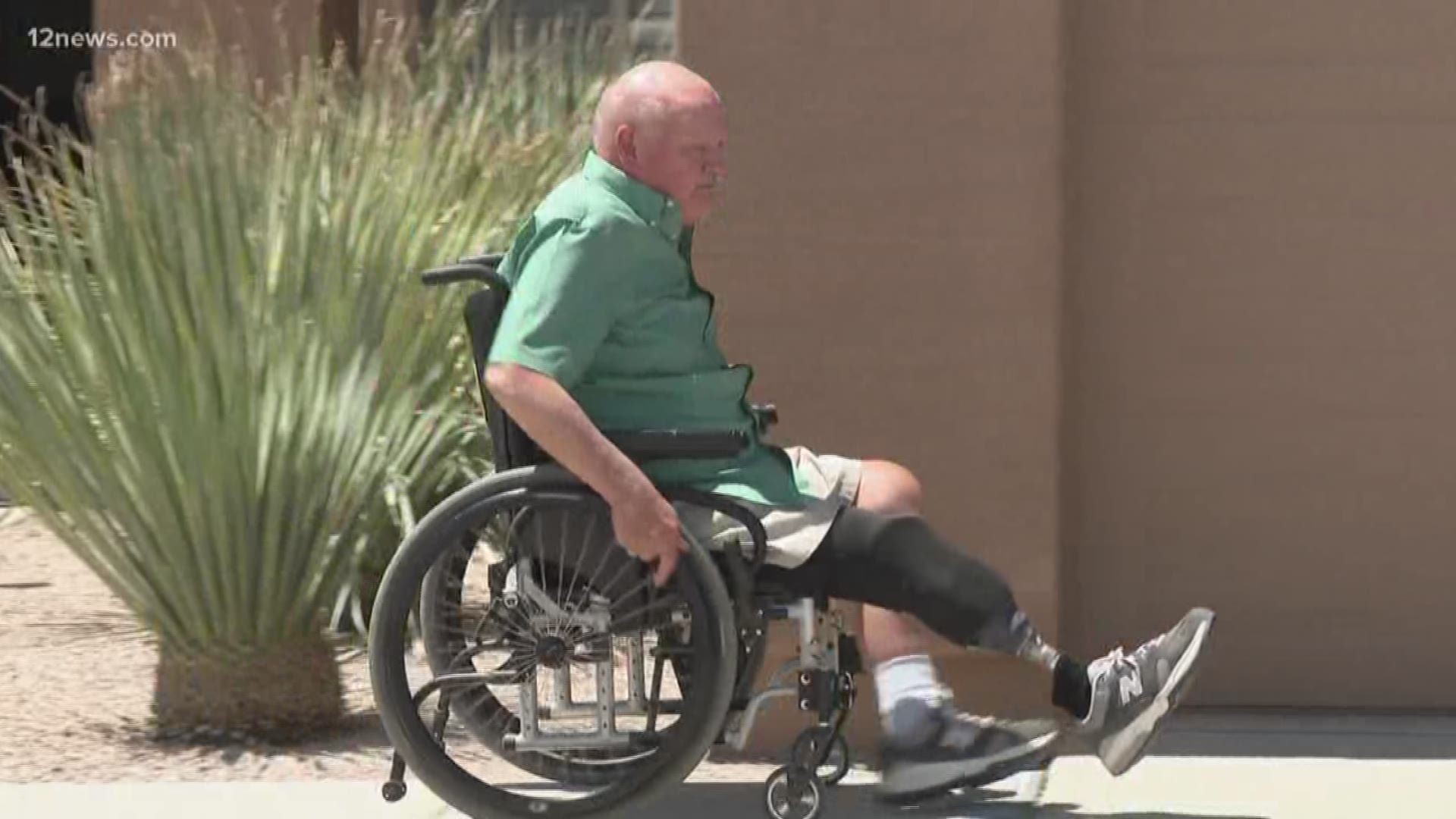 PHOENIX — The director of the Phoenix Veterans Affairs Health Care System is promising a full review of the hospital’s prosthetics services after a veteran questioned why it was taking so long for him to receive a prosthetic leg.

71-year-old Rob Szlemko of Florence, Arizona, receives disability benefits from the VA for his Type 2 diabetes diagnosis and a heart condition associated with exposure to Agent Orange.

Szlemko, an Army veteran, served in Vietnam for four years.

Last March, Szlemko received a leg amputation below his right knee to treat an infection. Szlemko has been using a temporary plastic prosthetic leg while waiting for a permanent carbon fiber leg to be delivered.

The VA often contracts with an outside vendor to fabricate prosthetics, and Szlemko was referred to McCleve Orthotics and Prosthetics in Mesa. He met with employees at McCleve and repeatedly visited doctors at the Phoenix VA to discuss the new prosthetic.

“They would tell me they are going to fax the prescription or contact McCleve to get this done and yet nothing is happening,” Szlemko said. “It’s very frustrating. When I call the VA to find out what’s taking so long, nobody calls me back.”

More than five months have passed since Szlemko was told by a VA doctor that the prosthetic leg was ordered from McCleve. The disabled veteran can’t begin certain aspects of rehab and vehicle driving lessons until he gets the new prosthetic leg.

The general manager for McCleve Orthotics and Prosthetics tells 12 News they’ve had problems in the past getting the Phoenix VA to communicate with them in order to finalize prosthetics orders and secure payment.

“There are times they (VA) are quick about it and there are times, like in the case of this gentleman, we can’t get anyone to call us back. It’s crickets,” said McCleve’s Andrew McLaws. He said they have called the VA “dozens” of times in recent months about Szlemko’s case, with no success.

Wednesday morning, a spokesperson for the Phoenix VA issued a statement to 12 News, initially blaming Szlemko for not communicating properly with the VA.

McCleve called that accusation “baloney.” He named the two employees at the Phoenix VA who he has visited with in recent months and said they were well aware of the need for the prosthetic prescription.

“I think they are trying to cover their you-know-what,” Szlemko said.

In response, the VA provided a new statement to 12 News and an apology to Szlemko.

“After learning of this situation today, it is clear to me that we did not provide Mr. Szlemko with the level of service he has earned, and we did not communicate about this issue accurately,” said Phoenix VA Medical Center Director Rima Nelson. “In other words, this is not how Phoenix VA Health Care System does business. That’s why we will be conducting a top to bottom review of our prosthetics processes to help prevent similar issues in the future.”

Nelson said they have reached out to Mr. Szlemko to address his concerns and have now paid the prosthetics company. Szlemko will be fitted with the permanent prosthetic leg next week.

Complaints about communication problems between the Phoenix VA and patients are not new. One veteran advocate tells 12 News the situation has improved in recent years, but that unreturned phone calls remain one of the most common complaints he receives.

“Often times they (veterans) can’t reach the right person because it is such a large bureaucracy, so it’s difficult to navigate the channels,” said Steve Cooper, founder of the Arizona-based nonprofit, Fort Veteran. “It’s also just a lack of response at times."