Several witnesses rushed to roll the vehicle on its wheels before the deputy arrived, but the driver was already severely maimed. 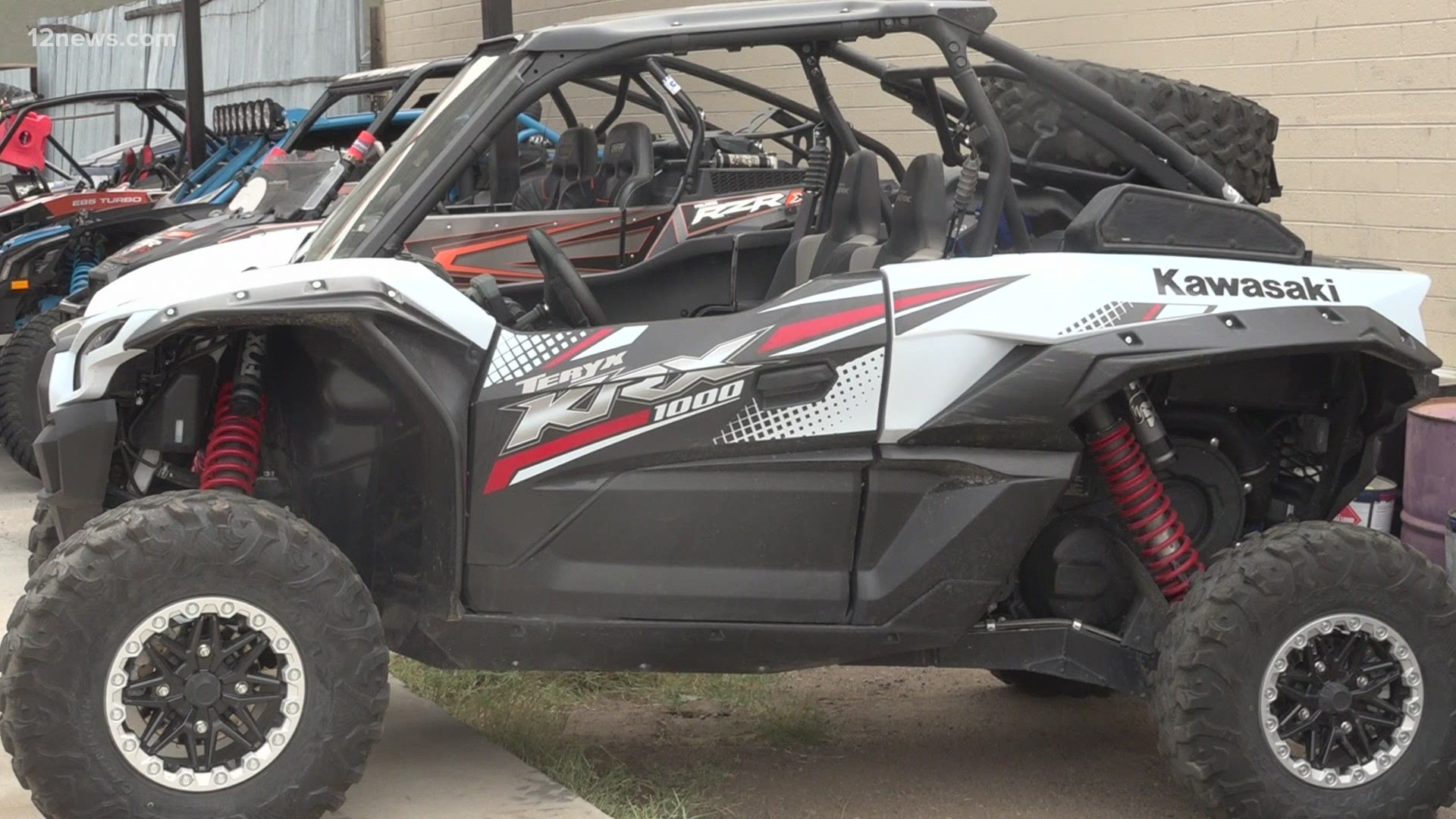 The video shows deputy Andrew Luna speaking with campers during the Labor Day weekend when a UTV rolled over nearby. What followed were shouts for help and screaming as the deputy ran to the crash.

“I need medics, Code 3,” Luna can be heard telling dispatchers. “I got an amputated arm.”

Several witnesses rushed to roll the vehicle back on its wheels before the deputy arrived, but the driver, a 19-year-old woman from Phoenix, was already severely maimed.

“She looked extremely pale. There was blood on the floor," Luna tells 12 News.

The video below contains graphic content. Viewer discretion is advised.

Investigators say the UTV crashed on its left side and severed the woman’s arm below the elbow.

Both Luna and the witnesses started rendering first aid to the woman. One man can be seen in the video removing his own shirt to help control the bleeding as the deputy placed a tourniquet around the woman’s arm.

Luna had to transport the woman out of the area in his patrol car due to the remote location of the crash along Highway 87 near Clints Well.

The woman was finally airlifted to Honor Health – Scottsdale Osborn, and the department says the quick actions of Luna and the witnesses greatly helped her chances of survival.

Deputies are still investigating whether or not the victim had on a seat belt.

“I see a lot of accidents happen with people not wearing their seat belt,” says Rich. He says safety nets in the window also prevent you from putting your arms out in the event of an accident.

“If she would’ve had that net window, I think it would’ve saved her from putting her arm out or having her arm extended to where it wouldn’t have gotten caught under the UTV," says Luna.