The man encountered a friendly dog in the backyard and used the doggy door to enter the home. 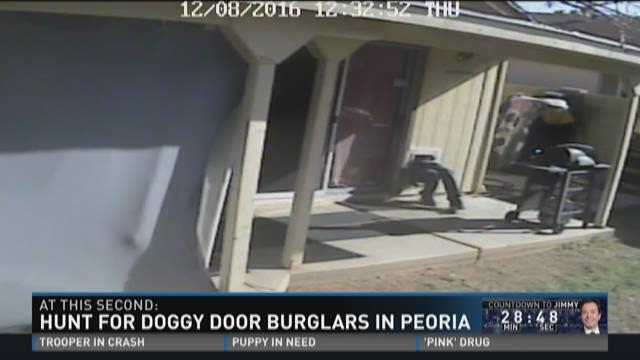 PEORIA, Ariz. - Peoria police are asking for the public's help in identifying suspects captured on surveillance video on Dec. 8 using a doggy door to steal multiple items from a home in the area of 74th Avenue and Cactus Road.

The video shows the suspects, one man and one woman, pull up to the house and back into the driveway. They walk toward the front door and the woman knocks as the man jumps the back fence.

Once in the backyard, the man appears to check something in his pocket before rounding the corner to the back patio.

That's when a very large dog pops out of the back doggy door.

If you were expecting a vicoius attack to take place, think again.

This burglar came prepared with a pocket full of treats for Fido.

After encountering the friendly dog in the backyard, he used the doggy door to enter the home. He opened the front door for the woman.

The suspects carried out several items, placing them in the trunk of their car, described as a black 4-door Chevrolet Impala with a temporary license plate.

As for why the dog was so friendly, police think there could be more to the story.

“I know there's some question if they (the suspects) could they be related to this person (homeowner) we're obviously looking into everything,” Sheffert said.

The suspects are described as both being white approximately 25-35 years old.

Police said a neighbor found the dog and returned it to the owner after it got out the front door left open by the suspects.

Anyone with information is urged to contact Det. Myers of the Peoria Police Department’s Property Crimes Unit at 623-773-8973. 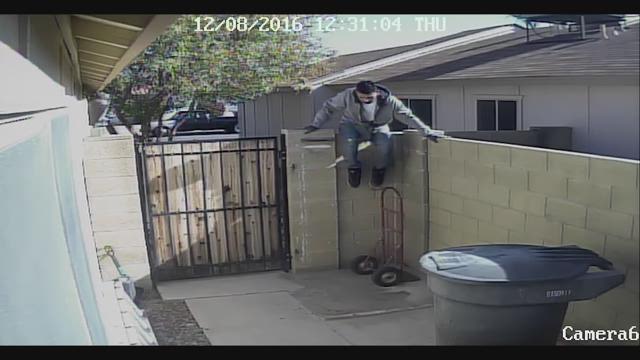