On Feb. 7, 1966, Capt. Render Crayton took off in a fighter jet from the U.S.S. Ticonderoga. He would never see his ship or his shipmates again. 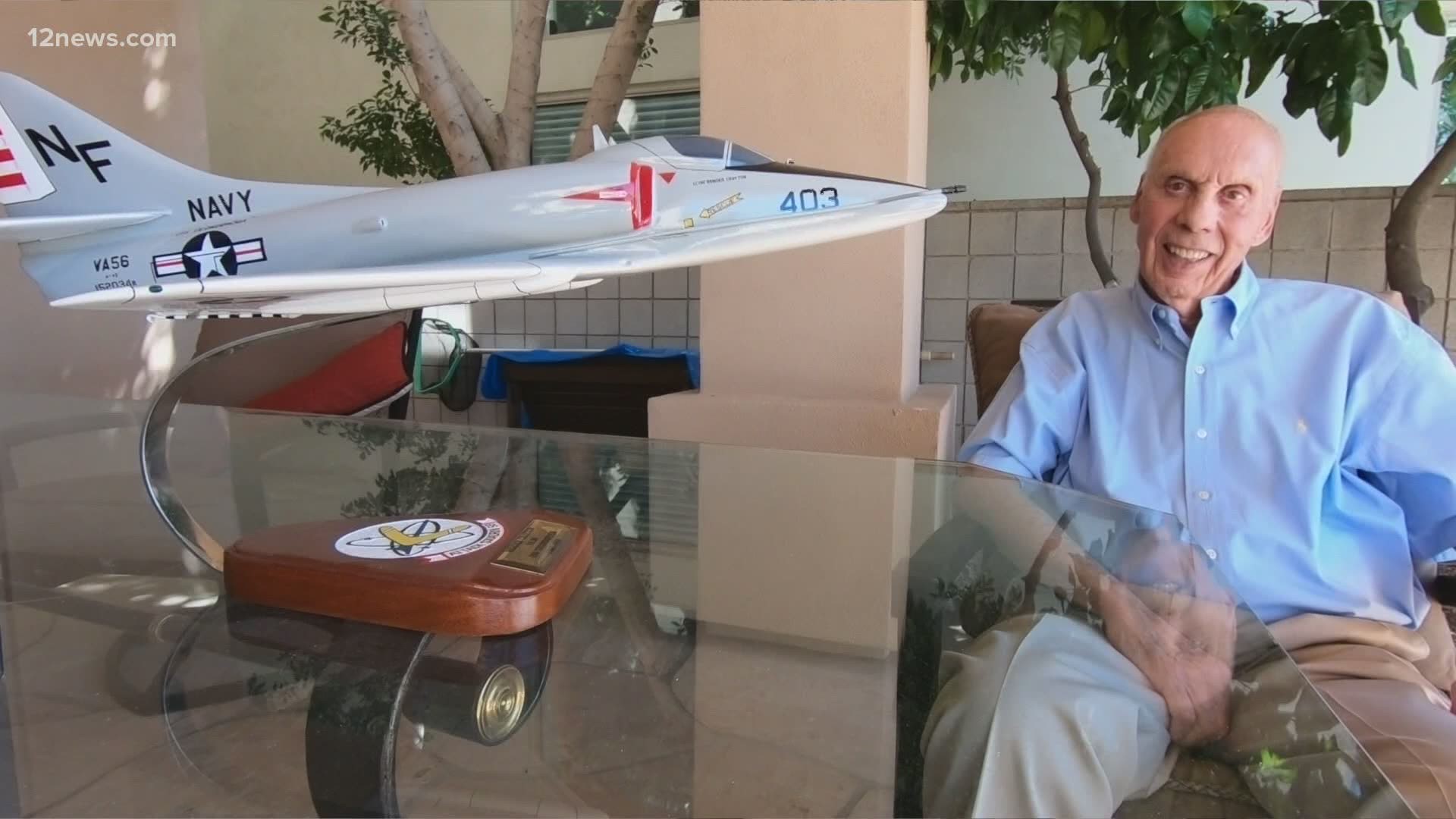 PHOENIX — Freedom: It's something most of us don't even think about. As Americans, it is in our DNA.

But the coronavirus outbreak has changed all of that, including our ability to make money, leave our homes or buy whatever we want.

Render Crayton knows that feeling all too well.

On Feb. 7, 1966, Capt. Crayton took off in a fighter jet from the U.S.S. Ticonderoga. He would never see his ship or his shipmates again.

"I dove down and man I got hit by all kinds of...it was just coming up...hit my airplane, I knew I was in trouble," Crayton said.

"I did not want to be captured so I was gonna ride it down. That thought lasted until I was 1,000 feet then I decided it wasn't a good idea, so I bailed out and landed in a rice paddy. That was the start of my seven years."

Crayton was thrown into the infamous "Hanoi Hilton" and for seven years, he was beaten and tortured in every way you can imagine -- and some, you can't.

"You're in this dirty dark cell with rats running around," Crayton said.

"How can you not lose a little bit of hope? You've got to be really strong and I wasn't that strong."

But, here and there, there were bright spots.

"We had movie night, different people would get up and tell the story of a movie," Crayton said.

In that group of POWs was a young pilot who Crayton had actually trained in flight school: A man named John McCain.

"He told the story of Dr. Zhivago," Crayton said. "He told that in such detail when I came home, my wife and I went to see it. I said 'I think I've seen this movie before."

The days turned into months and the months to years and then finally on Feb. 12, 1973, Crayton and his fellow prisoners were loaded onto buses and taken to the airport.

"I looked over there on the tarmac and there was this c141 with a big American flag on the tail," Crayton said. "I almost broke down when I saw that because I knew we were going home."

And that's why Crayton says that while he can understand the frustration the coronavirus shutdown has caused, he wishes people could see the big picture. The picture he saw.

"If they want a real quarantine, well then I can tell them about one," Crayton said. "One good thing about this is people are going to say we do have it really good. We are entitled and we ought to protect that. So, some good might come out of it."