More and more cases of e-cigarettes exploding without warning. The latest, a Phoenix-area man is severely burned when the vape device in his pocket blows up. Scott Kimmel is suing the manufacturer of the device that injured him. 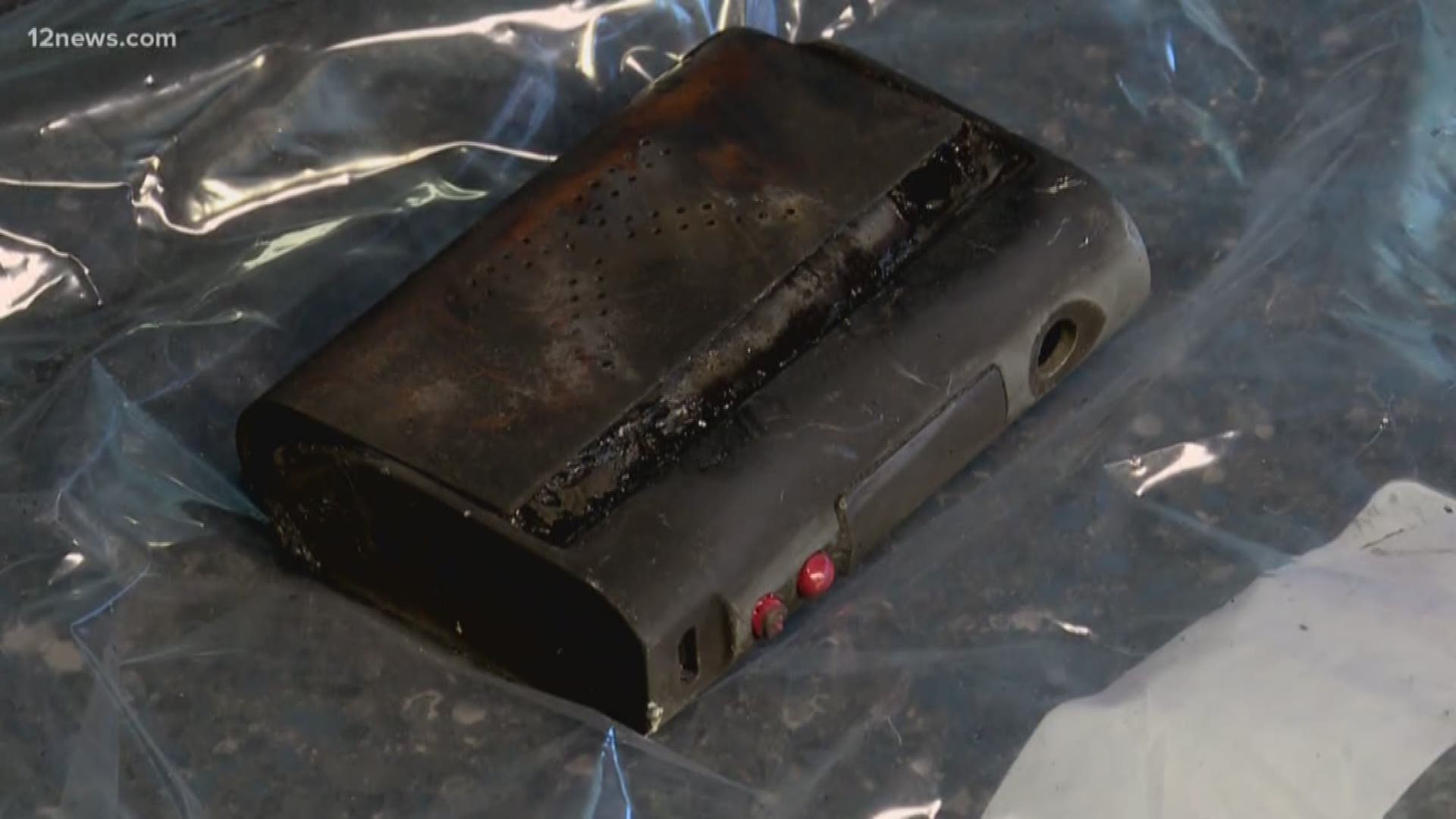 SCOTTSDALE, Ariz. — The videos are scary, lithium ion batteries exploding inside people's pockets without any warning. It happened to one man in California when he was riding the bus. The battery in his e-cigarette blew up in his lap.

In New York, a man working at a wine shop was badly burned after his vape pen exploded in his pocket.

A man standing at the counter of a Kentucky convenience store when the spare battery for the e-cigarette in his pocket burst into flame.

On Aug. 21, a man went shopping for a television in Anaheim, California, when suddenly his pants exploded like firecrackers. His e-cigarette had burst in his pants pocket. His leg is severely burned.

Two years ago, David Garcia was badly burned when his lithium batteries blew up in his pocket while driving in Surprise, Ariz.

And now, another victim in Scottsdale on Aug. 27.

"And he felt his pocket, and it was really hot," Lori Kimmel said her husband, Scott Kimmel, told her after the incident. " And he looked down, and there were flames shooting from his shorts," she said.

Doctors say Kimmel's husband has second- and third-degree burns over 38 percent of his right leg and remains hospitalized. And now, the Kimmel family is pursuing a lawsuit for damages due to emotional and physical injuries.

"The claims would be -- design defect, on how the product is actually designed, or (has) a manufacturing defect," Phoenix attorney John Brewer said. He said it's the second type case like this in 2018 for the Brewer Law Firm.

In a very short amount of time, Lori Kimmel has become a product safety advocate on a mission.

"If you put a product out there, you better make sure it's safe," she said. " If you see there's a problem; you need to recall it, fix it, or do something!"