Valley women speak out on breast implant illness: 'I just had to get them out' 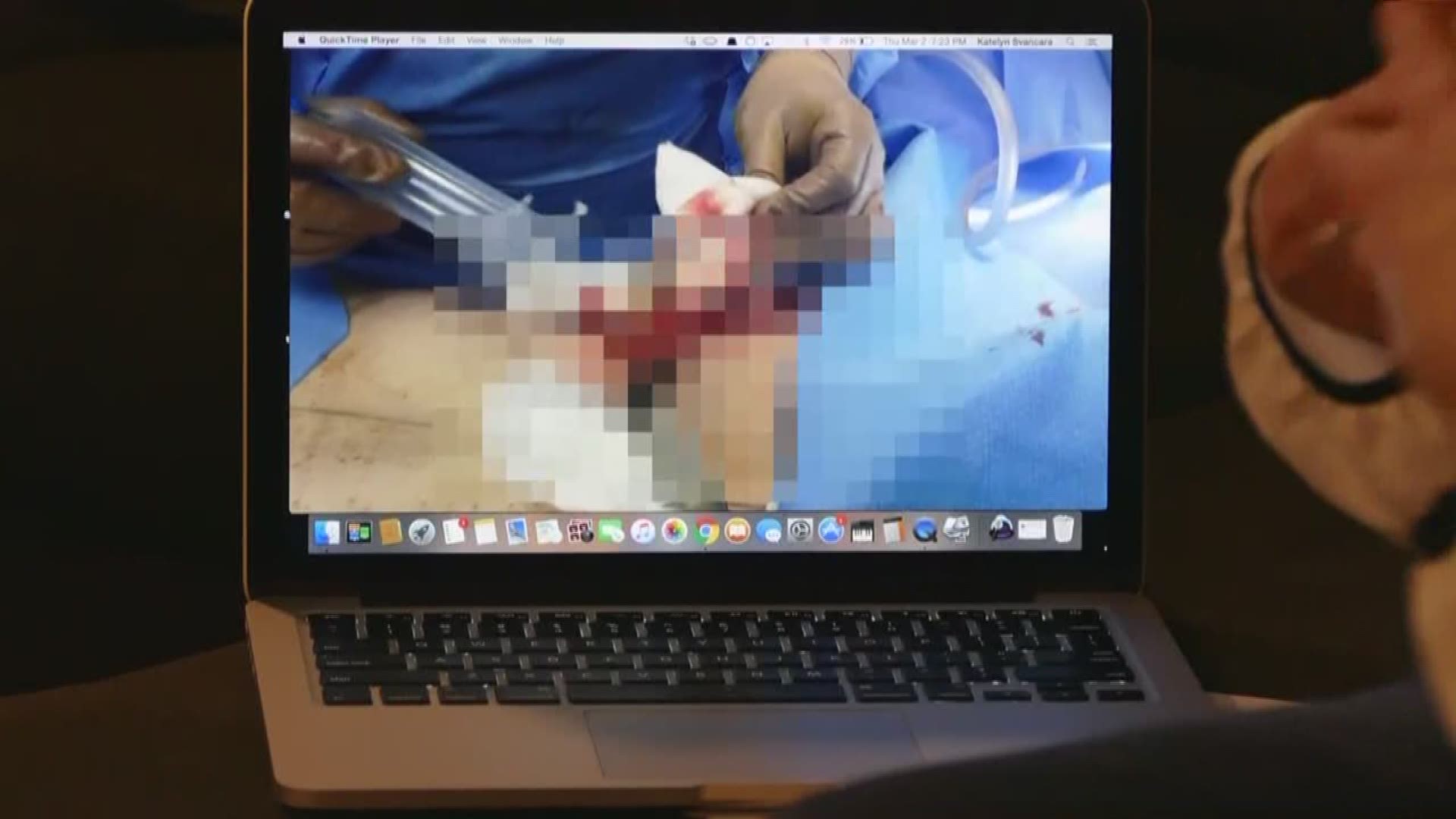 In a 12 News exclusive, Valley women are reacting strongly to a story we’ve been covering for the past two nights: 'breast implant illness.'

First, a Phoenix Playboy model's claimed her breast implants made her sick. After she had them removed, she says she got better.

But last night, a Valley surgeon debunked those claims -- saying there's no such thing as breast implant illness.

Then the emails started rolling in. Thursday, we spoke with two women who wrote us about their own experiences.

Katelyn Svancara still has one of two breast implants she had removed in Costa Rica last July. The other one was unrecognizable. She said there was nothing left of it to bring home.

“I just had to get them out,” she said. “It started to become almost a panic knowing that I had this rupture… I went and got MRI’s.”

Svancara showed us two graphic videos from inside the operating room. You can see the doctor performing the explants, pulling stringy goo out of her chest.

The surgery is something she doesn’t regret.

She says she was sick for four of the five years she had the implants.

“I feel better and now. I can be the mom and the wife that I have wanted to be for the last five years for my family,” Svancara said.

While Svancara already went through the toughest part, Kristin Shramek is planning to get her implants removed in May.

“It’s been so overwhelming the past few weeks,” said Shramek. “Headaches, the eye pain, the dryness, brain fog, constant pain all over, stabbing pains in your chest area.”

Shramek first got her implants in 2007.

“And then I went and got them redone in 2010,” she said. A couple years later, she found herself in the hospital often.

“Initially started with me getting my gallbladder out and before my gallbladder I was in the hospital for about four months numerous times,” said Shramek. “They couldn’t figure out what was wrong with me.”

The past seven months have been difficult. She hardly ever leaves the house.

“I’m just scared to go out in public, not knowing what’s going to hit… if it’s going to be nausea or dizziness or feeling like I’m going to pass out,” she said.

Both of these women are part of a group called Breast Implant Illness and Healing by Nicole, which now has more than 15,000 members. They all share similar stories and support others, while pushing for more research to be done.

“Going in getting breast implants I was all excited and I’m just going to be as happy going back in to get them out,” said Shramek.

If you or anyone you know are suffering from similar symptoms, there are support groups out there. Visit this Facebook group for more information.