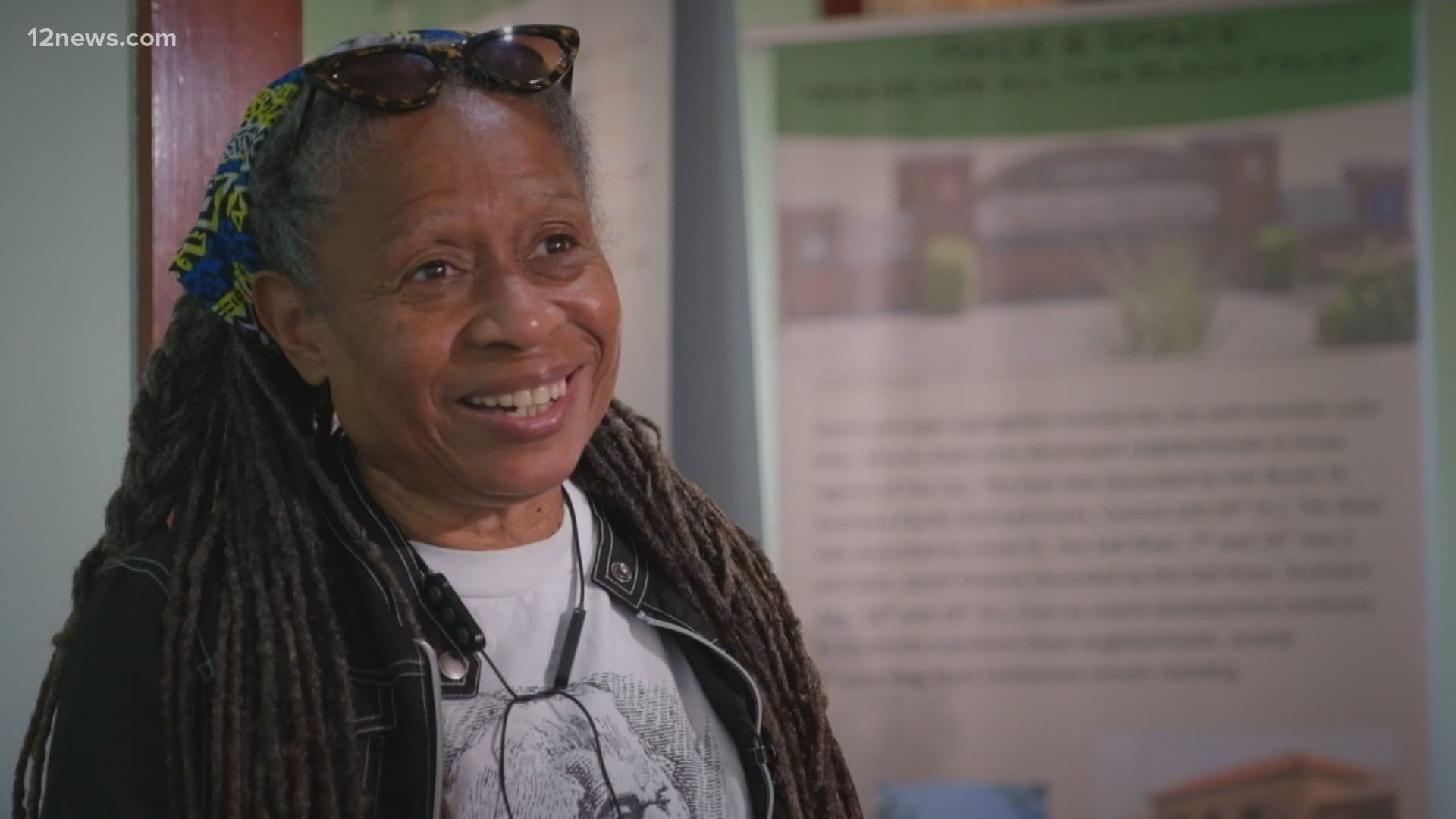 PHOENIX — Clottee Hammons wears many hats as a mother, artist, writer and activist. She has also made it her mission to educate others on Black history and civil rights issues in the Valley.

Hammons is the founder of Emancipation Arts, an effort which focuses on spotlighting Black artists, sharing Black history and raising awareness about issues facing the Black community, while honoring enslaved ancestors.

"I promise you will learn what schools will not teach," Hammons said.

A major influence in her life and work is her late grandfather, a Buffalo Soldier who was stationed in Fort Huachuca in 1920. He later opened a fuel business on 12th and Jefferson streets in Phoenix.

She recalled a question from him that has stayed with her throughout her life.

“He asked me one time, ‘What do you want to be when you grow up?’ And I said, ‘I think I'll be a lawyer and he's like, ‘no, colored girls can't be lawyers.’ And that always stayed with me because I think now he would be amazed at the time we live in. There's a colored girl that's the vice president of the United States. that's a lawyer," Hammons said.

But Hammons believes there is still much work to be done and history to be learned such as parts of American chattel slavery that you will not find in most school history books or lessons.

Her latest work explores and educates how Black people came to Arizona.

It is called The Great Migration: Indiscernibles in Arizona, an exhibit at Heritage Square that reveals the Arizona's part in African American migration from the South to other parts of the United States.

"I want people to know that Black people are indiscernible. We were not considered migrants or refugees okay and all throughout the great migration six million people just don't get up and leave a happy home," Hammons explained.

RELATED: Arizona Black History: A look back at African American contributions to the state

Hammons added it is important to highlight the stories of seemingly ordinary African Americans who contributed to American progress.

"When we’re educating children and we look at the curriculum, they focus on the first, the only, the most, okay, but there are other people, ordinary people with stories," Hammons said.

For example, the story of Henrietta Lacks, a Black woman who was diagnosed with cervical cancer in the 1950s. During her treatment, doctors took a sample of her cells for research.

Scientists went on to use her cells, which kept multiplying unlike other cell samples, to study the effects of toxins, drugs, hormones and viruses on the growth of cancer cells without experimenting on humans, according to Johns Hopkins University.

Or the story of Ned Cobb, a tenant farmer in the 1930s who fought against the exploitation of Black farmers by white landowners.

In Hammons constant effort to educate others, every June she hosts the Emancipation Marathon, a literary event where volunteers read historic and contemporary pieces about slavery in America and the legacy it left behind.

Hammons shared a list of books that she considers important to understanding past history and present societal predicaments.

"All God's Dangers" by Theodore Rosengarten

"Slavery By Another Name" by Douglas A. Blackmon

"Not All Oakies Are White" by Geta LeSeur

"Sons of Mississippi" by Paul Hendrickson

"History of Jazz" by Ted Gioia