A Valley couple bought a puppy from an online ad sale. After they got the dog, they realized it was very sick. 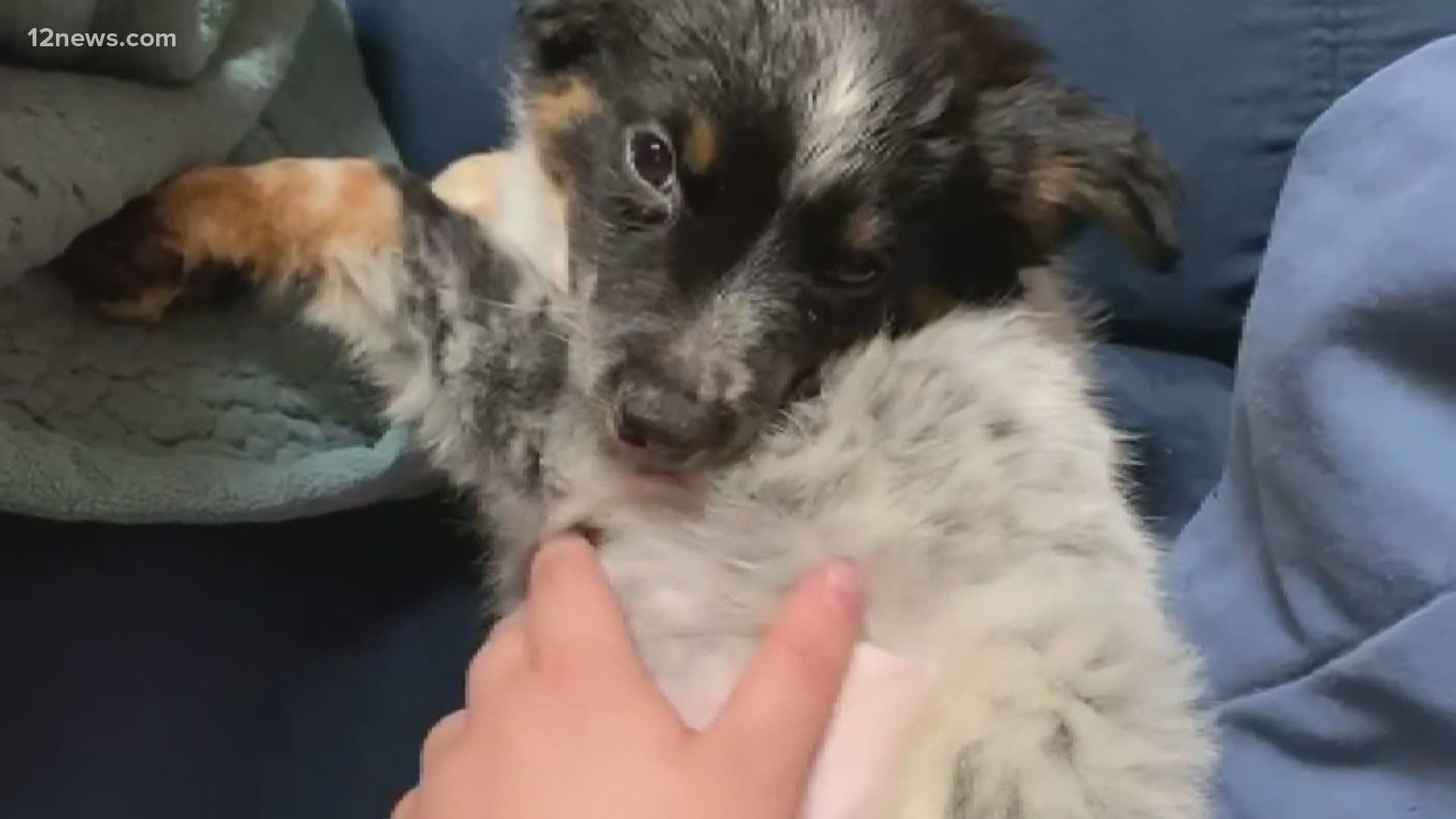 PHOENIX — A Valley family bought a dog online only to have to put him down days later after an ad sale buy gone bad.

Mang Chan and Charlotte Butorovich thought they found their dream dog on an online ad site.

“The dog was beautiful. Like he had so much in life in him. Such a good personality,” said Butorovich.

They bought the dog on April 15 and named him Mochi. They met the owner at McDonald’s.

Even though things seemed off, they paid $250 and took the Heeler-Lab puppy home. They say they found fleas and ticks on Mochi within hours of bringing him home.

“We found out he had parvo,” said Butorovich.

They took Mochi to the vet and took out a $3,000 loan to save him. Days later, Mochi’s symptoms got worse. Butorovich said he developed seizures, stopped eating and was bleeding.

When they took him back to the vet, they were told it would cost an additional $25,000 for the medical treatment.

“I was crying, I was angry and I couldn’t think straight,” said Butorovich. They couldn’t afford that, so they made the difficult decision to put him down.

“Horrible to see him go through and horrible to deal with,” said Butorovich.

“You’ve got to do your homework… I would always recommend that people go to their local shelter first. We’re full,” said Al Aguinaga, the Director of Operations at Maricopa County Animal Care and Control.

Butorovich and Chan say they reported the incident to police, who then referred them to the humane society. They called, but say they still haven’t heard anything back. They just want the breeder to be held responsible.

“These people should be accountable for what they did,” said Chan.

The Arizona Humane Society says if you plan to buy a dog, it’s important to find a responsible breeder and visit the premises.