Valley officers trained in interacting with people with autism

The event helped officers and people with autism get a better understanding of how to interact with each other in certain scenarios. 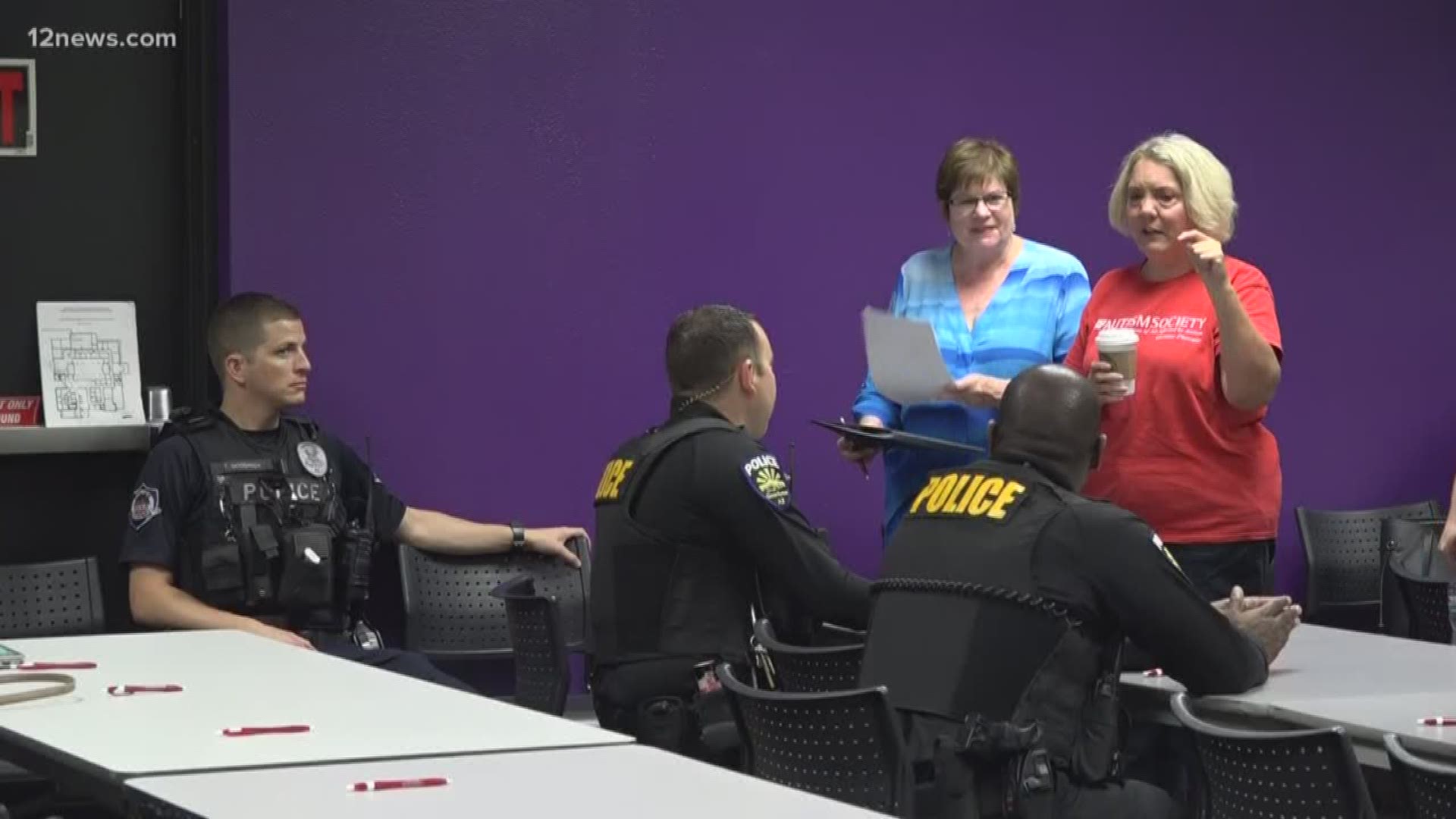 Emily Iland will do anything to make sure her child is safe, which isn’t always a guarantee because her son, Tom, has autism.

“I was diagnosed with autism when I was 13. I started learning how to drive, because I have that capability," Tom said.

With freedom to hit the open road came the reality that Tom would be interacting with all sorts of people including, potentially, law enforcement. Tom, being a big fan of Jim Carey movies, had his mother concerned he may use some of that dialogue he's memorized if he were stopped by police.

“My mother was worried I would say something from one of those movies to an officer and that would not end very well,” Tom said.

With that in mind, Emily started the “BE SAFE” certification course to train law enforcement on how to better tell if someone is under the influence or if they could be autistic.

On Saturday, more than 50 law enforcement officers and other service workers from across the Valley learned some of the telltale signs.

Autism Society of Greater Phoenix hosted the free event to bring officers and individuals with autism together to improve mutual understanding and build critical safety skills.

This comes nearly a year after a Buckeye police officer detained a teen with autism because he thought the teen was on drugs.

The teen suffered scrapes and bruises, and his family is suing the city of Buckeye.

“Lack of eye contact is a sign of autism or someone who takes a long time responding,” Emily said.

The twofold course also trains youth and adults with autism on how to react around police by meeting and learning directly from officers.

Organizers say the training is not just for law enforcement. Therapists, parents, educators can all benefit from it.

For more information on how to get trained, the Iland's created a short film with Joey Travolta, John Travolta’s brother. Click here to watch.