The warrant, for Jose Meza, is for aggravated assault. Every time the police come, Jose Rodriguez tries to explain they've got the wrong guy. 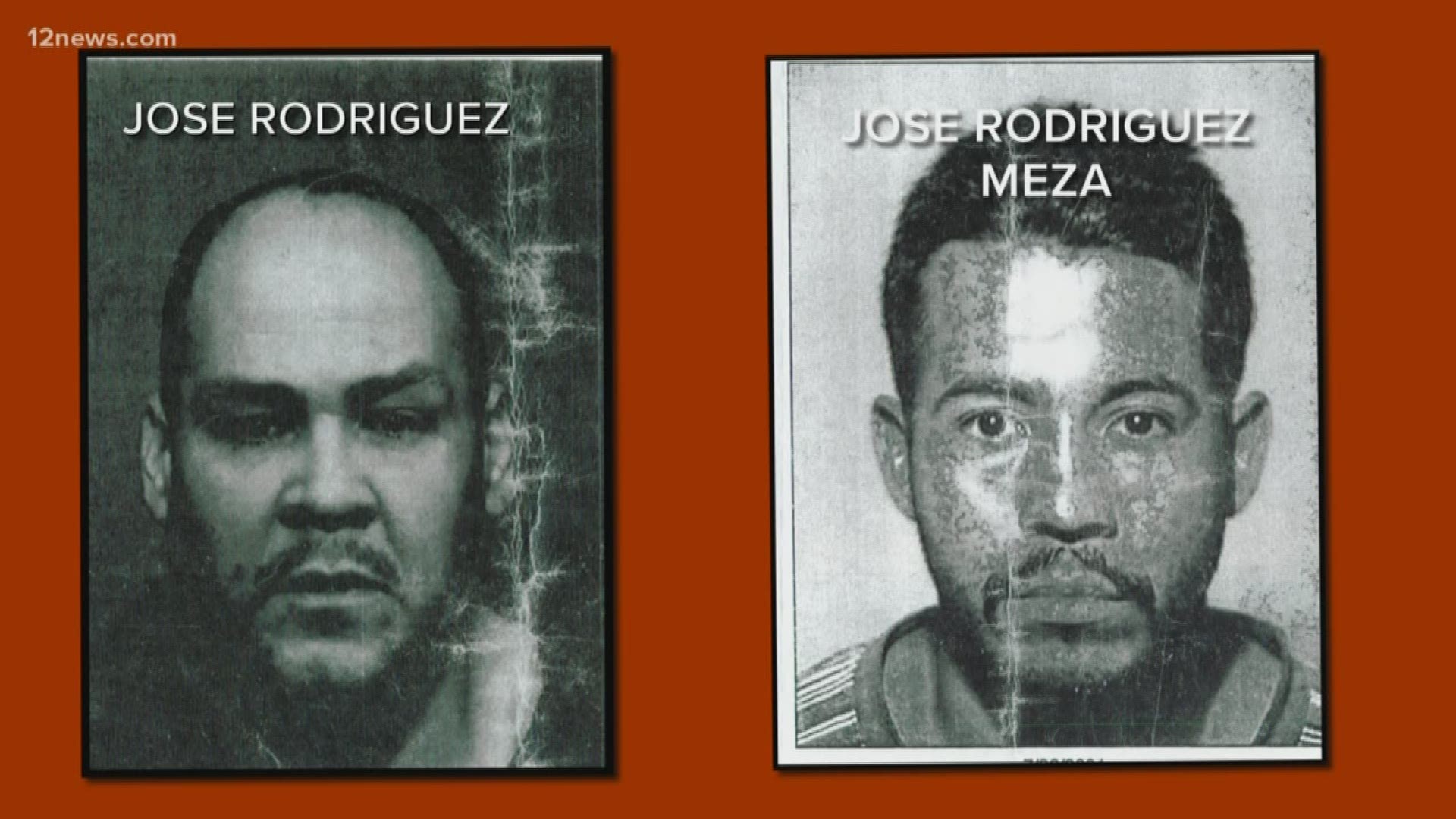 Wendy White, with the Southwest Center for Equal Justice, says her client, Jose Rodriguez has been mistakenly arrested as another man, named Jose Rodriguez Meza.

The men actually have the same birthday and similar names but physically look different.

"Should have been easy to recognize," White explained..

White says this wasn't just one time thing. She says it's happened four times over the years since 2001. Rodriguez is arrested on a warrant out of Coconino County and eventually released.

The warrant, for Jose Meza, is for aggravated assault.  Every time it happens Jose Rodriguez tries to explain they've got the wrong guy.

"He always told them that he was not the guy on the warrant ," White explains. "He had a concrete alibi for when the offenses had occurred."

That alibi?  Rodriguez was actually in custody for another crime but his attorney says it shouldn't matter if he's served time before.

In an effort to stop this from happening a fifth time, Rodriguez is suing several law enforcement agencies associated with his past arrests, including the Phoenix Police Department and the Maricopa County Sheriff's Office. Both agencies have told us they couldn't comment on pending litigation.

"It shouldn’t take having to go to court to clear your name on something like that."

As for Jose Meza, Rodriguez's attorney says he was deported out of the country more than a decade ago, even with an outstanding aggravated assault warrant.

"It’s just troubling I think that with all the information police have access to that this mis-identification continues."