"Until you're actually in here, everybody is an armchair quarterback," says Bob Dixon, who shares the ups and downs of the whole experience. 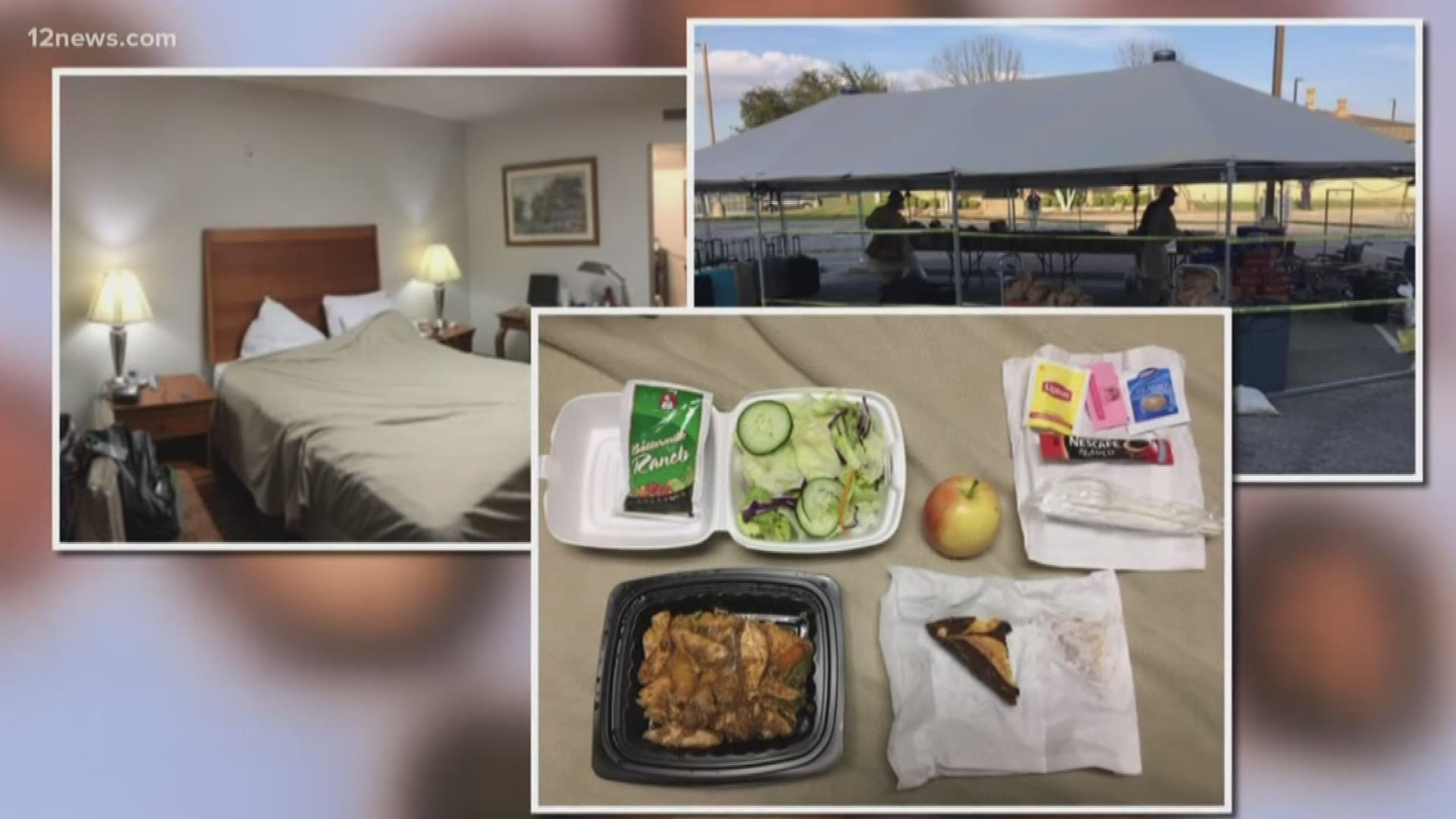 GLENDALE, Ariz. — As coronavirus concerns spread globally, a family from the Valley is in the homestretch of a quarantine in Texas.

"We thought this was going to be a really great memorable cruise," Bob Dixon, from Glendale, said.

Dixon and five other family members were almost at the end of their cruise in Japan when the coronavirus struck their ship.

"I feel fine, my wife feels fine. Everybody feels hunky dory, you know?"

Although his family hasn't shown symptoms, he says they were still quarantined with everyone else.

He says they had to stay 12 days docked on the ship in Japan before they were moved to then it was over to Lackland Air Force base in Texas, where they're currently under a two-week quarantine.

"It's kind of like Gilligan's Island, gets rescued and delivered to the next island."

Despite what you might think, Dixon says the quarantine quality of life isn't half bad. While they were on the ship he said they had access to free movies, games, WiFi, even origami classes.

"Just about anything that you wanted," he said.

On base, he says they can order a variety of food and have it delivered right to the door of their room. He says when they arrived all the families received phones with health official contacts. They’ve been having daily conference calls so they can stay informed about the virus.

Dixon said he's heard information on television about the quarantines that isn't true.

"We have TVs in our rooms that have cable," he said. "Until you're actually in here, everybody is an armchair quarterback."

But it hasn't always been a walk in the park.

Dixon is retired, so he hasn't been missing much at home. But his daughter, on the trip with him, is a surgeon in Scottsdale. He says she's had to reschedule on patients, some battling cancer.

"That's what she's more upset about than anything is that she's letting her patients down."

But hopefully not for much longer. The two-week quarantine in Texas is up next week.  After they're cleared by health officials, Dixon says they'll have the green light to head on home to the Valley.

"I think we're past the point of incubation and we're probably not going to have any more."

So far, Arizona has only had one confirmed case of coronavirus. At the end of January, that person went into voluntary isolation. Health officials said he was a part of the ASU community and was not living on campus.

Last week, health officials cleared him from isolation after 26 days.

"Our individual is out of isolation and is no longer testing positive for the virus," an official said, adding that those who had been in close contact with him were also cleared.

Dr. Cara M. Christ, director of the Arizona Dept. of Health Services, said the state is expecting more cases in Arizona as the virus continues to spread.

Cases can range from mild to severe, while some people are even asymptomatic.

"This is spread very similarly to influenza," Dr. Christ said. "The symptoms are very much the same with fever, cough, sore throat, respiratory symptoms."

She says protecting yourself is also similar to how you would protect yourself from the flu, aside from a flu shot.

"The only difference is we don’t have a vaccine for coronavirus, yet, and I know that they’re working on one," she said.

She says they advise people to practice good hygiene by washing hands, using hand-sanitizer and staying away from others when they're sick. 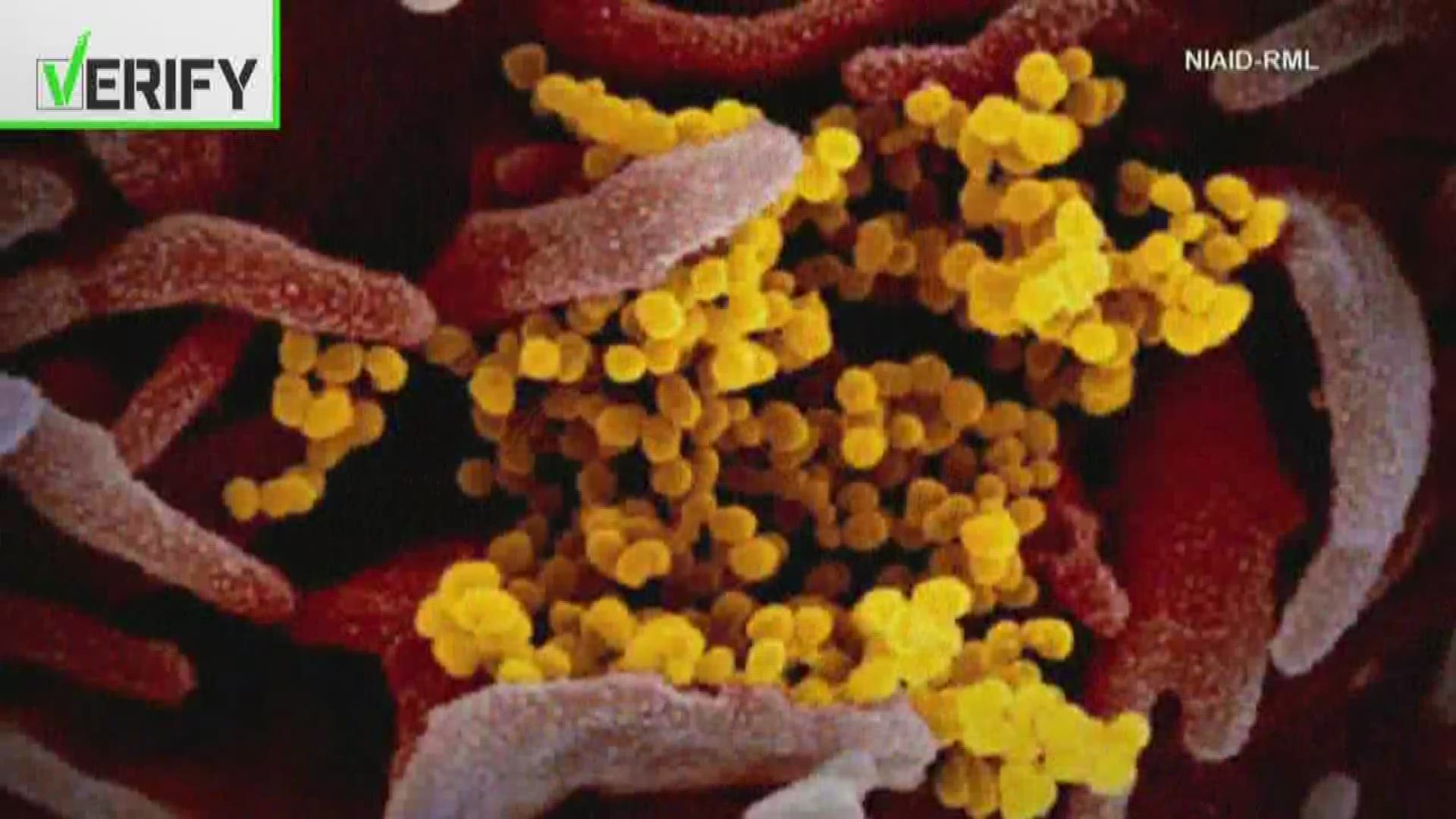