Valley man saves his sister's life after their father kills their mother, then himself

After an argument about a home repair project, police say the husband shot his wife, killing her, and shot his daughter before turning the gun on himself. 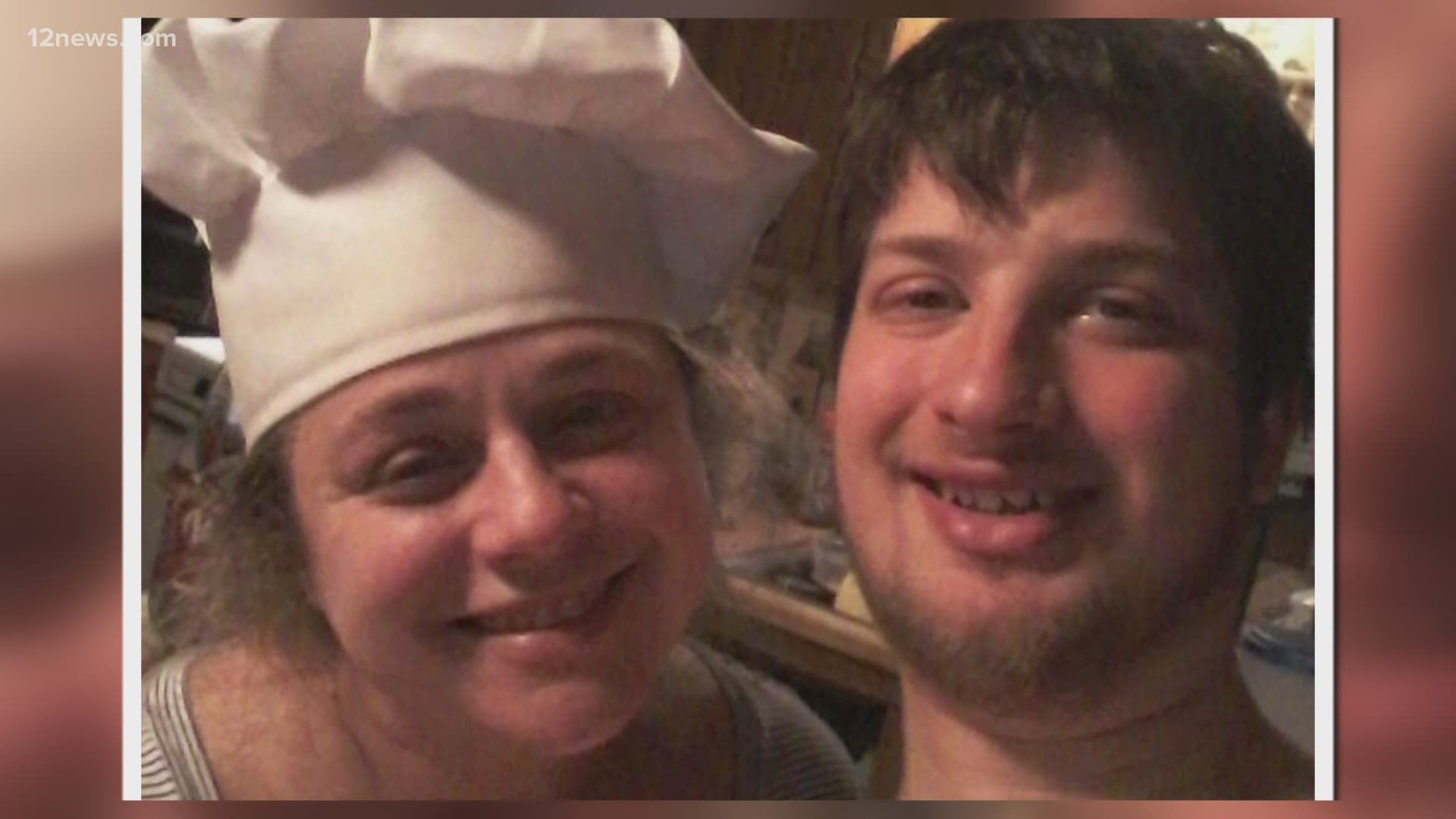 MESA, Ariz. — Thanksgiving is usually a time for a family come together but this year for the Matkinsons, chairs will be empty.

Tragedy after a fight over a home repair project led to a father turning the gun on his family before turning it on himself.

A family now trying to focus on the heroic actions to save one life, instead of the tragedy that left two dead.

Officers responded to a residence near Main Street and Gilbert Road for a report of a shooting on Nov. 21.

The investigation found that the shooting was a result of an argument between the suspect, 49-year-old Ronald Makinson, and one of the victims, 45-year-old Rebecca Vanderwall, Makinson's wife.

"It's like you just have a piece of you missing, like there is a hole," Andrew Makinson, the son of the two, said.

The argument was over a home repair project, Andrew said.

Ronald Matkinson shot and killed Vanderwall and also shot his daughter Melanie, before turning the gun on himself, killing him.

Melanie was hospitalized in stable but critical condition.

A GoFundMe has been started to cover funeral and medical expenses.

"My mom was a very loving caring person" Andrew said "She meant the world to me."

She married Ron Makinson decades ago.

But on Saturday, an argument over a simple fence repair turned violent..

"The first shot I was more in denial, like no this isn't happening. The second one I just, no.. like this is like my biggest nightmare," Andrew said.

Andrew said he rushed in and was able to help save his sister’s life.

"I didn't know what I was doing. I was panicking. I was doing everything I could to keep her with us and it was enough," Andrew said.

Andrew said the bullet shattered Melanie’s jaw, and is still lodged in her neck two millimeters from her spinal cord.

"My sister is here today, I was really scared I was going to lose her, " Andrew said.

Now this Thanksgiving season, a family is standing together despite tragedy. Thankful that Melanie is recovering, for the support of each other, and for the memory of a loving mother who was always there for them.

Melanie still has a long road ahead for recovery, her jaw is wired shut and she will need physical therapy.

If you or someone you know is struggling you can contact the Arizona Coalition to End Sexual and Domestic Violence at (602) 279-2900 or visit their website for more resources.