Job Wallace had been missing since Tuesday, when he was supposed to return to Camp Pendleton in southern California from Surprise. But he never showed. 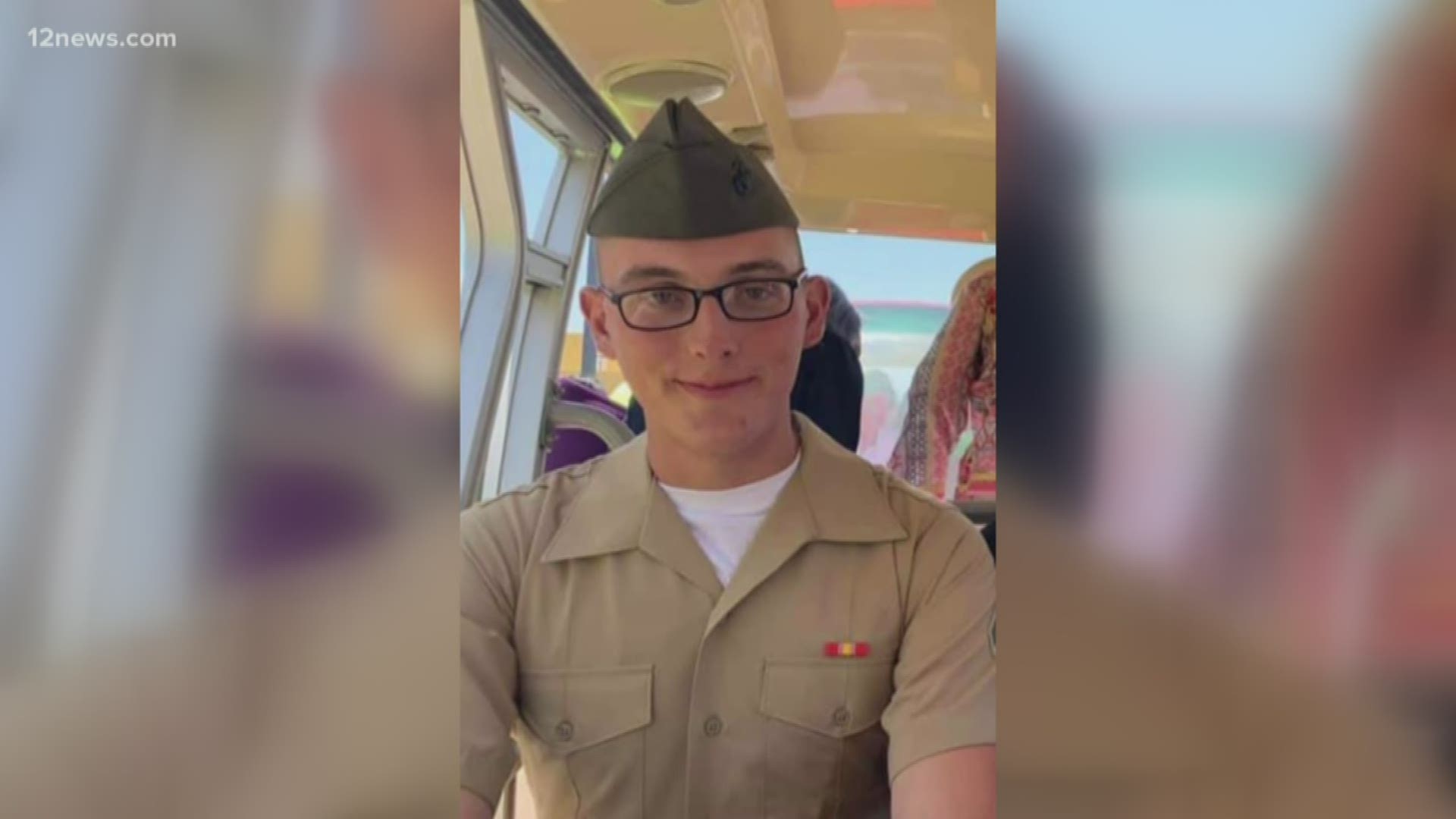 UPDATE: Job Covey Wallace, 20, has been located safely and taken into custody without incident at a rest area in Navarro County, Texas, the Naval Criminal Investigative Service said Saturday night in a statement.

Wallace is being transported back to Camp Pendleton where he is stationed and will receive medical treatment, NCIS said.

Wallace was supposed to return to Camp Pendleton in southern California from Surprise on Tuesday morning, but he never showed up. Details regarding his disappearance are not being released at this time.

A Valley family is desperately trying to find their son and is asking the public to come forward if anyone knows of his whereabouts.

Job Wallace was supposed to return to Camp Pendleton in southern California from Surprise on Tuesday morning, but he never showed up.

Wallace's parents said Job has a heart for service and his dream was to be in the Marine Corps, which is why they believe it is out of character for him to not show for duty.

"When we would drive down the road and he would see somebody broke down he wanted to pull over and help he learned how to change a tire at a very young age just in case he could be helpful to somebody to a stranger," Stacy Wallace, Job's mother, said.

Wallace's family said he was last seen around 8:30 p.m. Monday when he was leaving a friend's house in Surprise for Camp Pendleton.

But Justin Wallace, Job's father, got a call Tuesday morning saying his son never showed up.

Wallace's family said Job's 2004 Ford Explorer truck has been spotted near Fort Hancock, Texas, and in the Dallas area, but there's been no sign of him.

"Today we're left clueless. We have no idea where he is and why he's not home or why he's not back at Camp Pendleton," Stacy Wallace said. "There's so many what ifs, but at the end of the day it's just about bringing him back."

The Naval Criminal Investigative Service is leading the investigation.

“NCIS and our partners are working diligently to locate Lance Cpl. Wallace and bring him home safely,” Special Agent in Charge Kurt Thomas said in a statement to 12 News.

If you have any information about Job Wallace's whereabouts, you can submit an anonymous tip through the NCIS Tips app or by calling (760) 840-5005.