A Valley father is sharing his personal nightmare to keep others safe after his 3-year old son Jaxon was stung by a scorpion. 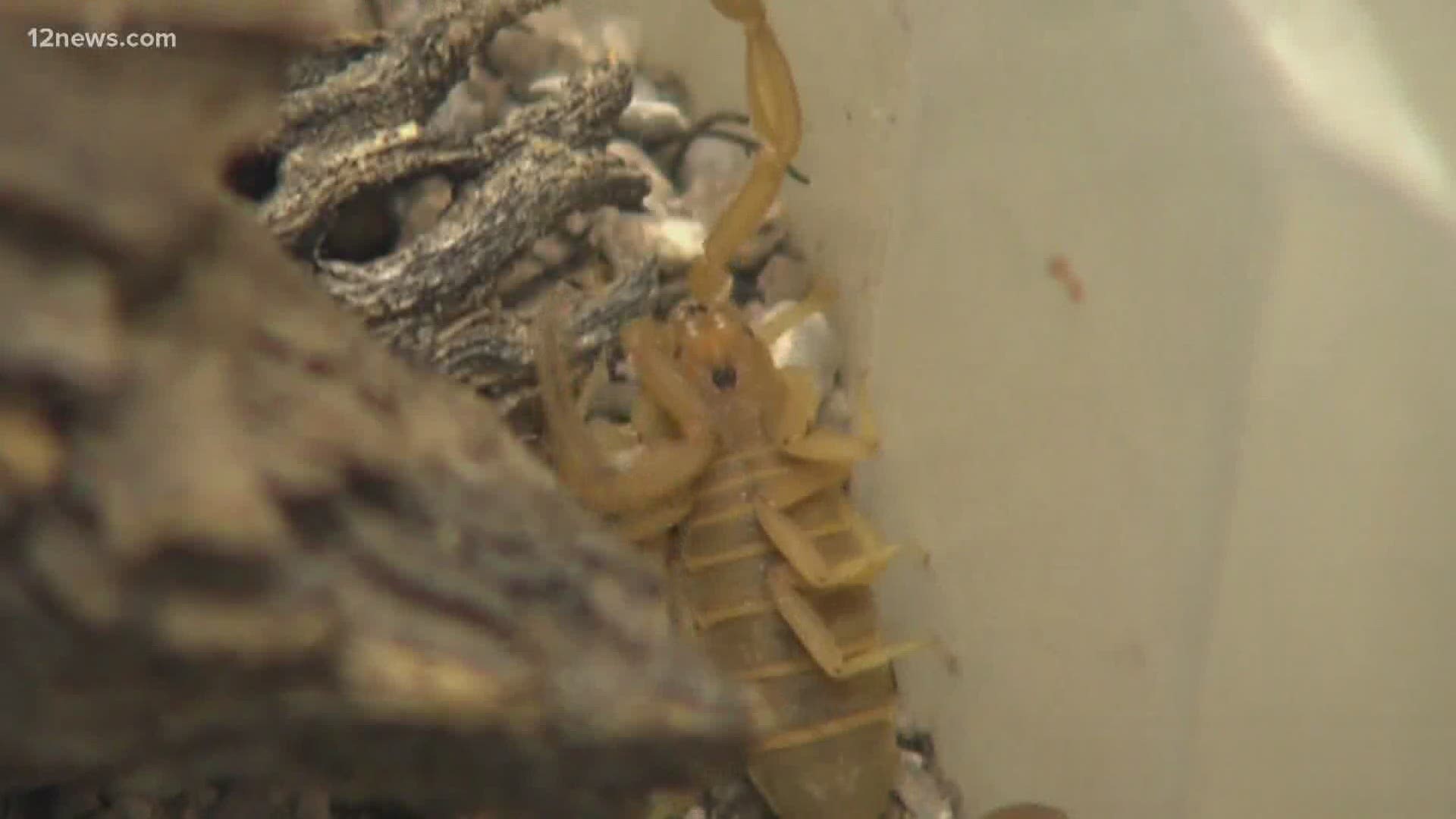 PHOENIX — A Valley father is sharing his personal nightmare to keep others safe after his 3-year-old son Jaxon was stung by a scorpion.

Now, Tony Gonzales has made it his mission to make sure homes have a new treatment to keep the threatening bugs out.

Gonzales says his son almost died after being stung by a scorpion. He shared the secret to ensuring it doesn't happen to anyone else, especially a child.

"My son Jaxon, he had just gotten out of the pool and ran inside to get a towel and got stung by a scorpion," he said.

The gut-wrenching experience terrified Gonzales and his wife. He says even though it was three years ago, they've been actively trying to prevent it ever since.

"His throat started closing in, he couldn't breathe it was scary and for us, we just don't want this to happen to anyone again," Gonzales added.

That's why he helped co-found "Scorpion Repel," a one-time treatment to keep scorpions away starting with the foundation in your house.

"Any part of your home that touches the ground, we put this application," he told 12 News.

The non-chemical, non-toxic treatment lasts three years and is safe for people and pets.

"It creates almost like a glass texture and scorpions cannot attach themselves to glass and so what happens when the scorpions walking along the ground and it's trying to attach itself to your house, it can't attach itself, so it stays off your house," he added.

He says after the scare with Jaxon, he just wanted to do everything possible to prevent parents from going through this pain.

"You want your kids to be able to walk around your home and not worry about getting stung by scorpions and you want to feel safe, that they're not going to sting you either," Gonzales said.

He says, a lot of scorpion stings happen inside the home, so if you can keep the creepy crawly things out, you'll decrease your risk of stings.

Some other precautions people can take are putting glass jars around items like cribs, to keep the critters from crawling into areas they don’t belong.

RELATED: 'It was horrific': Valley mother warning others after daughter convulses from scorpion sting

RELATED: Experts say to watch out for scorpions in yards as reports of stings increase