“I think that they’re beautiful and I want people to see them," Olivia Tucker said while going through her grandpa's artwork. 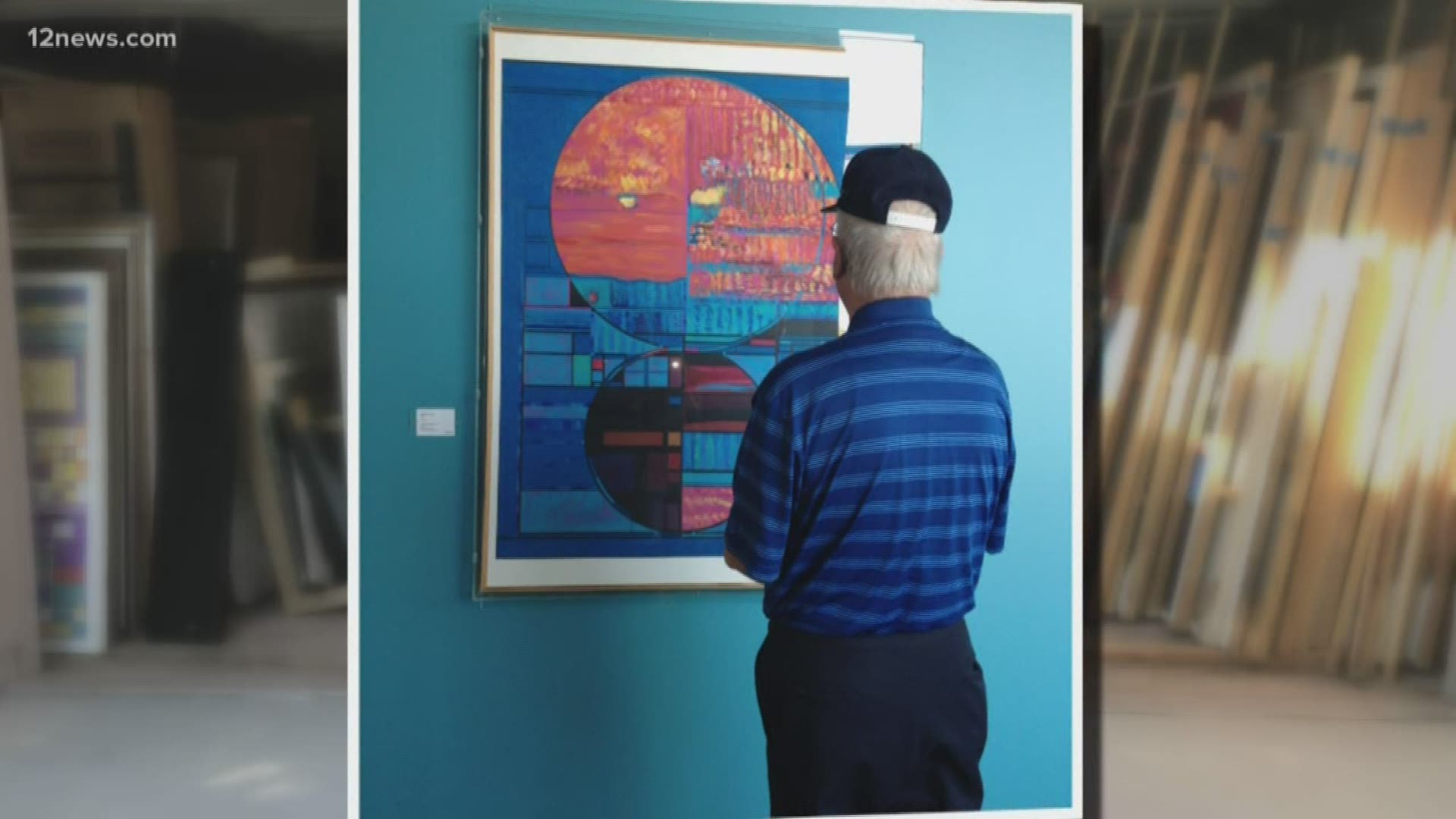 TEMPE, Ariz. — A Valley family discovered a secret stash of more than a thousand paintings while helping their grandpa move out of his house.

Now, they want to show them off to the public.

“These ones are so old," said Olivia Tucker while going through her grandpa's artwork. “This is like ‘80's.”

“His main inspiration was from living in Minnesota. He was always surrounded by dark weather, grey, snow so when he moved down to phoenix he was obsessed with color," Tucker said.

But it wasn't until Tucker's grandma passed away that she and her family realized just how deep Johanson's passion was.

“I think the art work was therapy for him," Tucker said.

When her family went to help Johanson move out of his house, they tried going into his art studio.

“They tried to open the door to the studio and it was just filled to the brim with paintings," she said.

They discovered more than a thousand paintings, none of which Johanson had ever shown anyone.

“I was completely overwhelmed," Tucker said. “It was literally just for him. Just to create. Which makes it so much cooler.”

In December, the collection of Johanson's art took on a new meaning. At 89 years old, he passed away.

Now, Tucker believes it's time to take her grandpa's talent beyond the walls of his studio.

“I knew he was a great painter and I knew he knew so much about art but I didn’t know how great he really was," said Tucker.

Sorting through the colorful canvases, Tucker has taken inventory of every single piece of art and is hoping someone can help her get them into a gallery.

“I think that they’re beautiful and I want people to see them," said Tucker.