One month after someone stole 14-year-old Bubba Rankin's specialized adaptive bike out of his backyard, AMS Vans & Numotion teamed up to get him a new one. 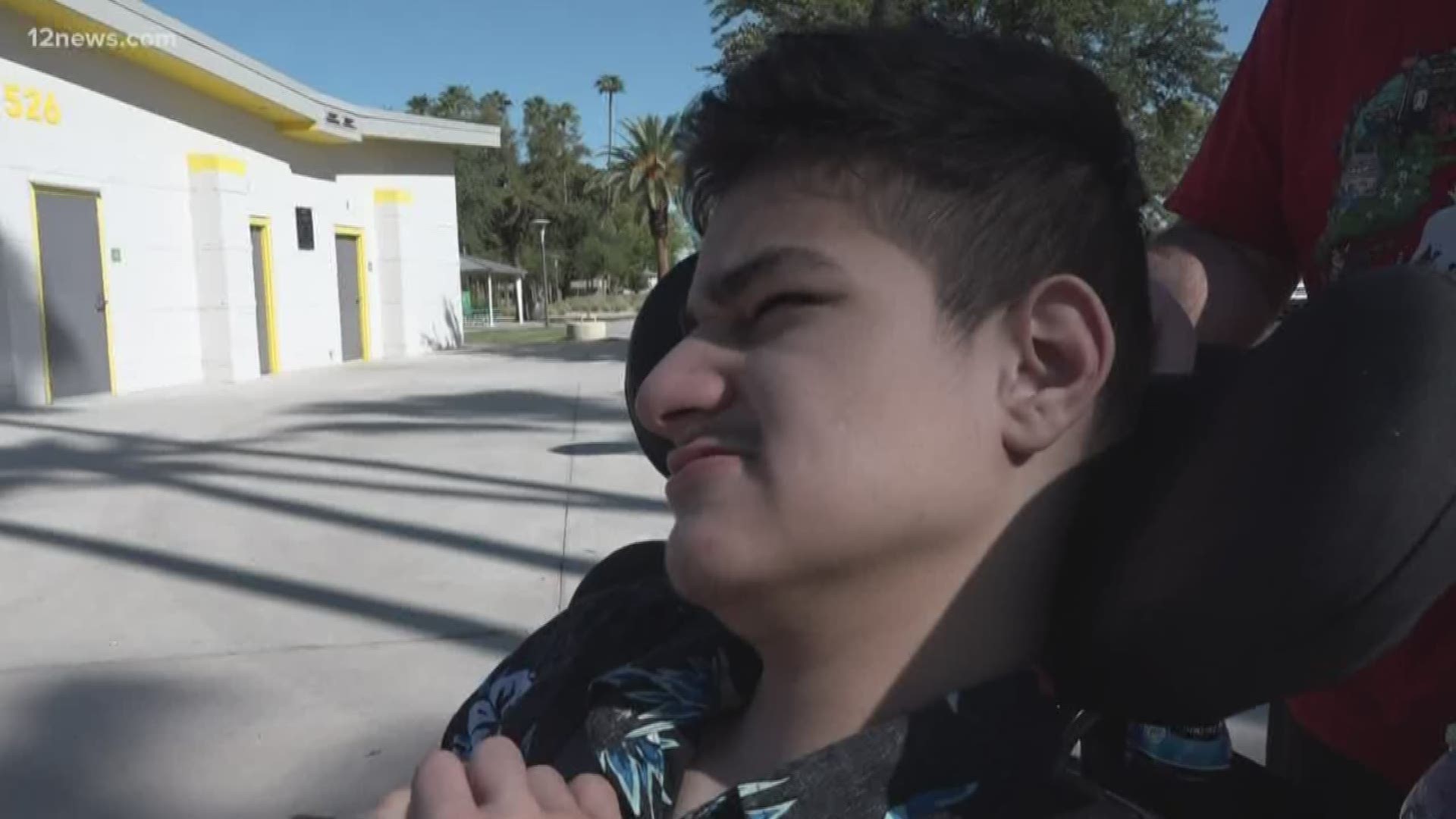 Remember Beorn, better known as Bubba? He’s the Valley teen who recently had his specialized adaptive bicycle stolen right out of his own backyard.

Police still haven’t been able to track down who took it, but this weekend was a complete 360 for this once distraught family.

A couple of local companies teamed up to surprise him with a replacement bike!

"It's been kind of a like a roller coaster,” said Stephanie Rankin, after someone stole her 14-year old son Bubba's specialized adaptive bicycle last month. “It's that heart dropping realization that it's gone.”

Bubba was born with a genetic disorder, leaving him non-verbal and using a wheelchair. That bike allowed him to ride alongside his family.

Through the kindness and generosity of AMS Vans and Numotion, Bubba's getting a new one.

12 News cameras were right alongside Bubba and his family when a custom-fitted, Rifton Adaptive Tricycle was presented to him.

"Oh, my goodness, you got a new bike… Yeah! Look how pretty green!"

After a quick fitting, in no time at all, Bubba was cruising on his new bike, complete with a “Bubba” license plate. The personalized donation was completely unexpected.

"I teared up,” said Zachary Shurtleff of AMS Vans. “It's been some time coming to put this all together and it's a super happy ending to something that was super sad at first."

"I love it, I love that he immediately smiled again,” Bubba’s mom said. “It's that memory that, yeah, okay, this is my thing, I like this… yep, there's the smile, on the bike:"

PREVIOUS: Adapted bike for teen with special needs stolen from the family’s home

The license plate was a special touch, that made this priceless gift and their family bike ride a whole lot sweeter.

"This is the best of the best,” said Rankin. “This s the good that came out of the bad. Thank you so much. We are overwhelmed by your generosity."

Bubba is also going to get hooked up with a helmet and lock for the bike. His mom says if his old bike turns up, they plan to donate it to someone else in need.