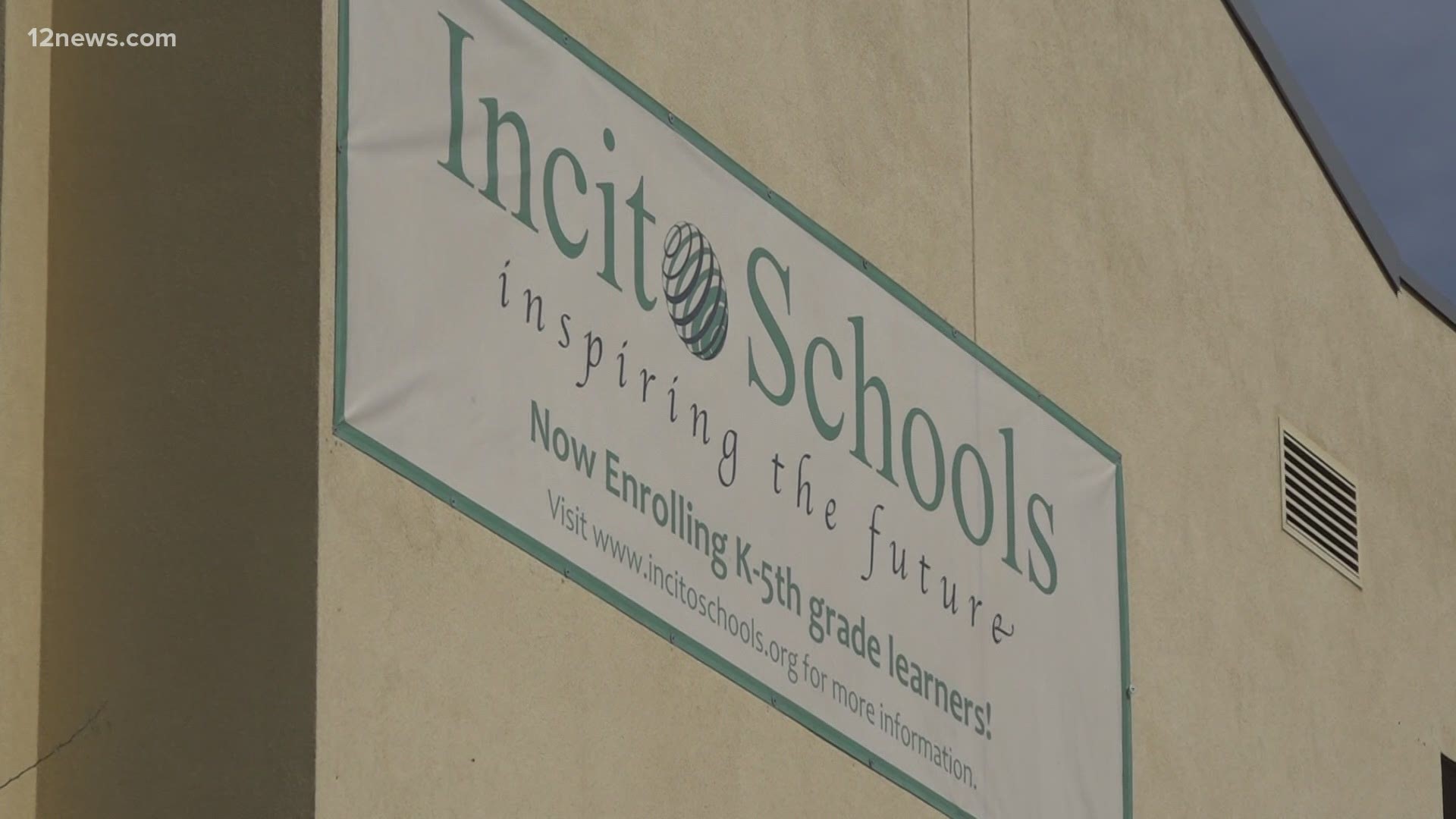 On Incito Schools' website, Black is listed as the executive director for the charter schools, which has locations in Goodyear and Phoenix.

Former teachers spoke with 12 News anonymously because of the pending case. However, they said they noticed issues about five years ago when their W-2s did not add up.

“When I got my W-2 back, I noticed there was definitely a discrepancy between what I made and what this W-2 said,” one teacher told 12 News.

The teachers tell 12 News the money was supposed to be paid to them through a grant from the Maricopa County Superintendent’s Office.

They said Incito Schools cut checks with Black’s signature for the teachers, but they never received them, adding the checks were used as proof to the county superintendent’s office that the teachers were paid.

Documents allege more than $25,000 was stolen

Indictments for Incito Schools and Black show they are both charged with fraud, theft, forgery and conspiracy.

In the documents, the Arizona Attorney General’s Office alleges more than $25,000 was stolen from the Maricopa County Superintendent’s Office.

"The whole time I was just more hurt that they kept getting away with this when so many of our public schools are scraping by,” a teacher told 12 News.

The Attorney General’s Office tells 12 News they have no comment on the case.

Concerns over lack of oversight of charter schools

Teachers who spoke with 12 News said while the money would have been nice to have, they are more concerned about how long it took for this to get brought to light, and charges to be filed.

They added they are concerned over how much more has been missed due to the lack of oversight on charter schools.

“This is happening. What else is happening and how else are charter schools not being held accountable?” A teacher told 12 News.

12 News did contact Incito Schools, Black and Black’s attorney for comment, but have not received a response.