Destiny the cat is recovering with her new foster dad after being shot in the eye with a dart. 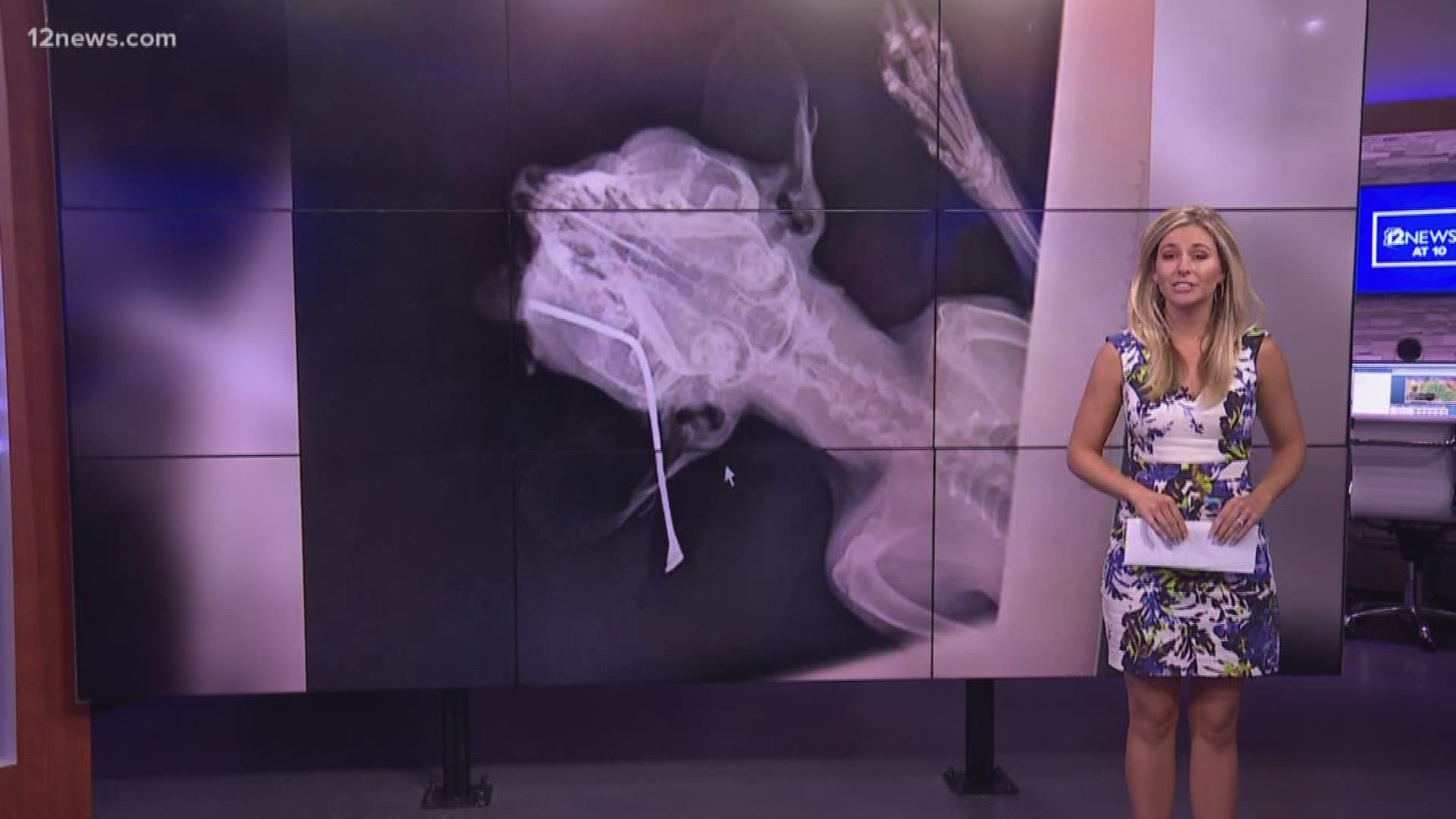 Destiny the cat is recovering with her new foster dad after being shot in the eye with a dart.

Kseniya Schminke first saw Destiny last Saturday, as she darted into a bush near 32nd Street and Thomas.

"I saw, what I originally thought was a screw driver, but later figured out it was a dart. You could see it's eye was basically about to fall out. It was sad," Schminke said.

Schminke made a Facebook post and a group of volunteers quickly assembled and started combing through the neighborhood looking for Destiny.

They found her a few days later and took her to a vet, who removed the dart. However, as they were searching for her, they saw and heard of more cats with similar injuries.

"We found a kitten had been turned in two weeks previously that had been darted in the eye," said Peaches Sloan, one of the volunteers.

They noticed several darts in a nearby alley, and believe someone in the neighborhood is targeting the cats.

"It's heartbreaking to realize that a human would do this to a defenseless animal and repeatedly. This person is a serial abuser and this neighborhood needs to be on the lookout and we need to find this person," Sloan said.

The group has filed a report with Phoenix Police Department, and are also offering a reward for anyone who helps catch the perpetrator.

Meanwhile, Destiny is recovering in her new foster home, but will have to have another surgery to remove the damaged eye.

The Arizona Shih Tzu and Small Breed Rescue has been paying for Destiny's care. You can donate here.