As everyone is isolated at home, 5-year-old Jefferson Kveton is sharing his knowledge about praying mantises through Facebook. 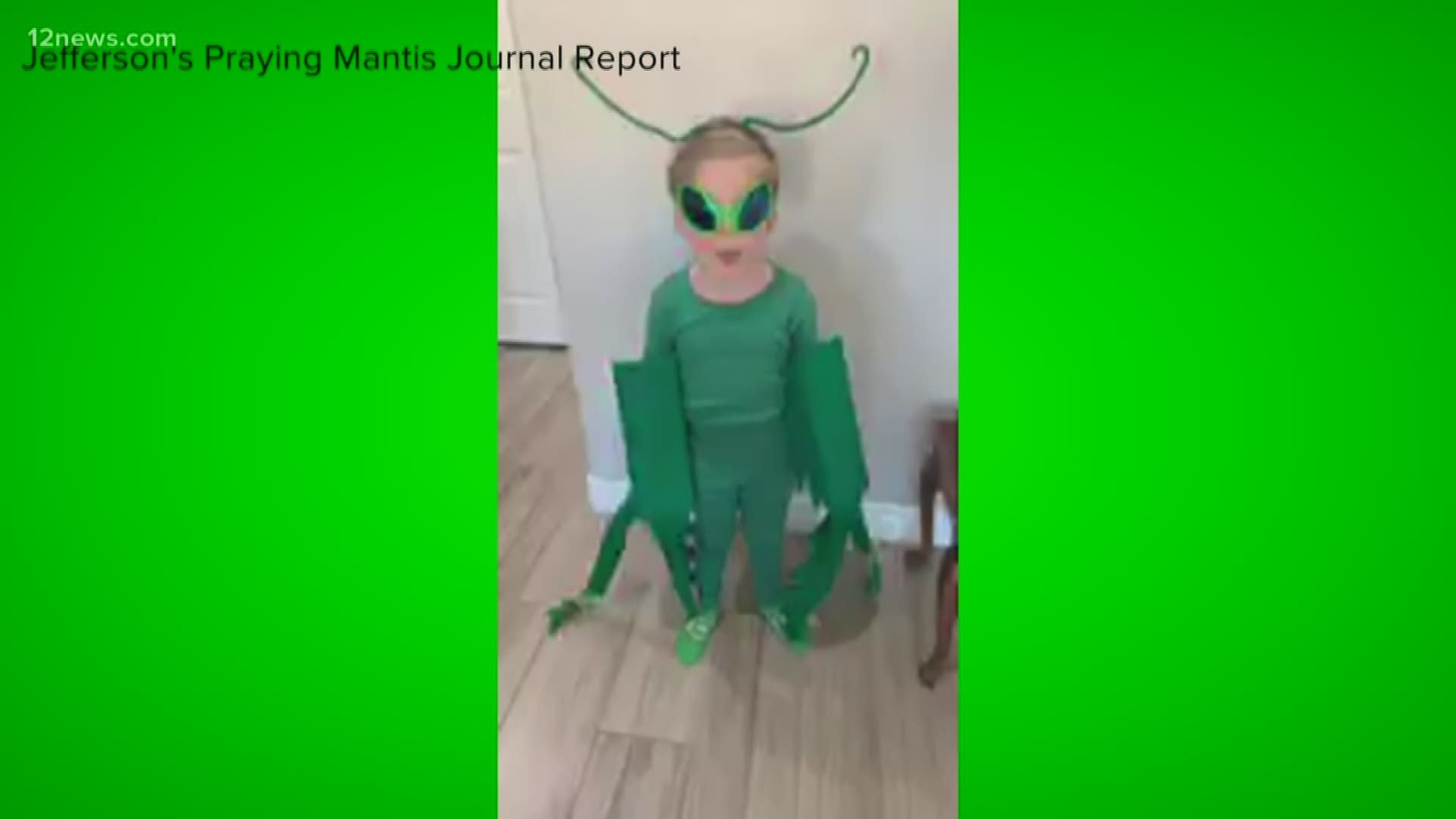 PHOENIX — One Valley kindergartner is making the most of having to learn from home during the coronavirus crisis.

Five-year-old Jefferson Kveton has turned his daily science lesson into an experience for himself – and for a growing audience on social media.

“Welcome to Praying Mantis Journal Live,” says Jefferson dressed up as a praying mantis insect in one of his Facebook videos.

Jefferson knows a lot about the praying mantises.

“Gets its name from the praying position,” said Jefferson.

Right before his school closed due to the coronavirus outbreak – Jefferson’s kindergarten class was about to start a project on the praying mantis. Everyone even got a praying mantis egg that would eventually hatch.

Jefferson and his mom Kristin decided to continue the project from home – and turn it into a video learning project for everyone to see – even his classmates.

“Jefferson absolutely loves presenting the information to people and he loves reading and he likes thinking other people are learning along with him,” said Kristin Kveton, Jefferson’s mother and co-producer.

Kristin’s advice to parents looking to make learning from home more fun – let the child pick a subject they want to learn about.

“Child’s own love of that topic. Then it becomes motivational, something your child already loves to do. Then they can incorporate their subjects and run with it,” said Kveton.

Video from today. Not sure what happened to the live one

• For children with autism who crave routine, coronavirus changed their world overnight

• 'We'll all get through it together': Parent educator shares triumphs, woes of teaching from home during coronavirus pandemic