It’s an age-old question. Do other life forms exist? Are UFO’s real? Frankly, who knows? 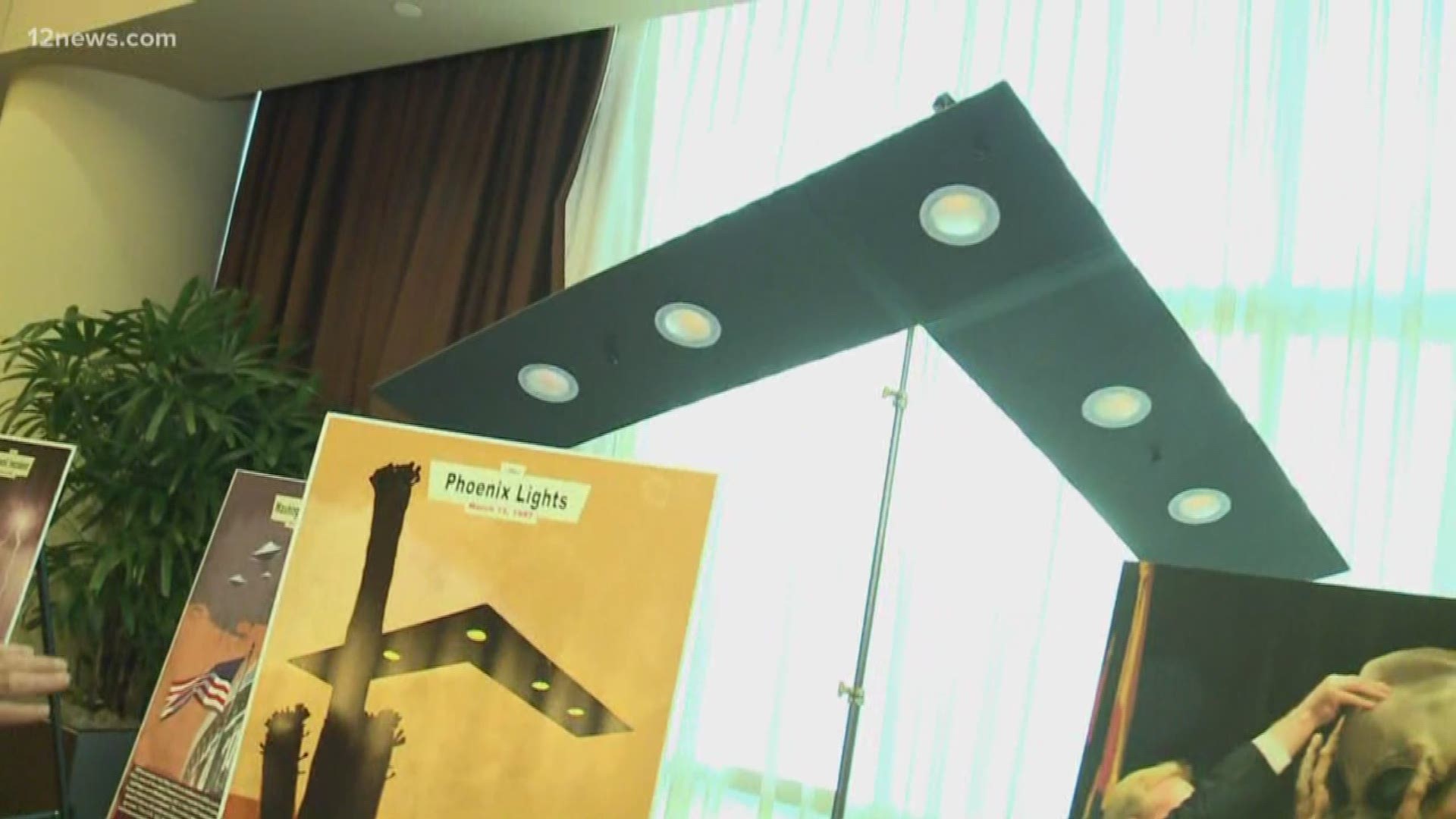 PHOENIX — The Phoenix Lights: Did aliens try and contact us here in the valley so long ago?

We may never "really" know. But why haven't we heard from extraterrestrials? 12 News is asking because UFO enthusiasts are taking over downtown Phoenix this week for the annual International UFO Congress.

It’s an age-old question. Do other life forms exist? Are UFO’s real? Frankly, who knows? But head on down to the Sheraton in downtown Phoenix, and you will see enough evidence of extraterrestrial activity to give the biggest skeptic pause.

The Phoenix Lights, which appeared in a V shape on March 13, 1997, were reportedly witnessed by thousands and widely explained as military flares. But, as the International UFO Congress’s emcee and organizer Alejandro Rojas explained, it is not that simple.

“Yeah, what [then Arizona Governor Fife Symington] said he saw over the city was humongous. And he does not believe that what he saw could have been made by humans.”

The former governor’s comments came after he originally made light of the reports.

RELATED: Kurt Russell says he was the pilot who reported the 'Phoenix Lights'

There are similar scenes that might just make you a believer. Rojas reports so-called UFO sightings over Washington D.C. in 1952 made worldwide headlines. And More than a half-century later the Navy scrambled jets off the coast of San Diego to investigate objects moving at a high rate of speed. At least on pilot, Rojas said, spoke about the encounter after the fact.

“He comes across a large object he describes as a 40-foot-long, white Tic Tac,” Rojas said, “so he gets in there. He engages with it, and then all of a sudden, it takes off at an incredible speed.

The conference is underway. You can head to the downtown Phoenix Sheraton now through the weekend at pretty much anytime. Grab a $4-dollar ticket at the door, and you will have access to music, apparel and a whole lot more.