Uber didn't brake until after woman was hit, report says

The backup driver had six seconds to react before fatally hitting a woman in March, according to the report. 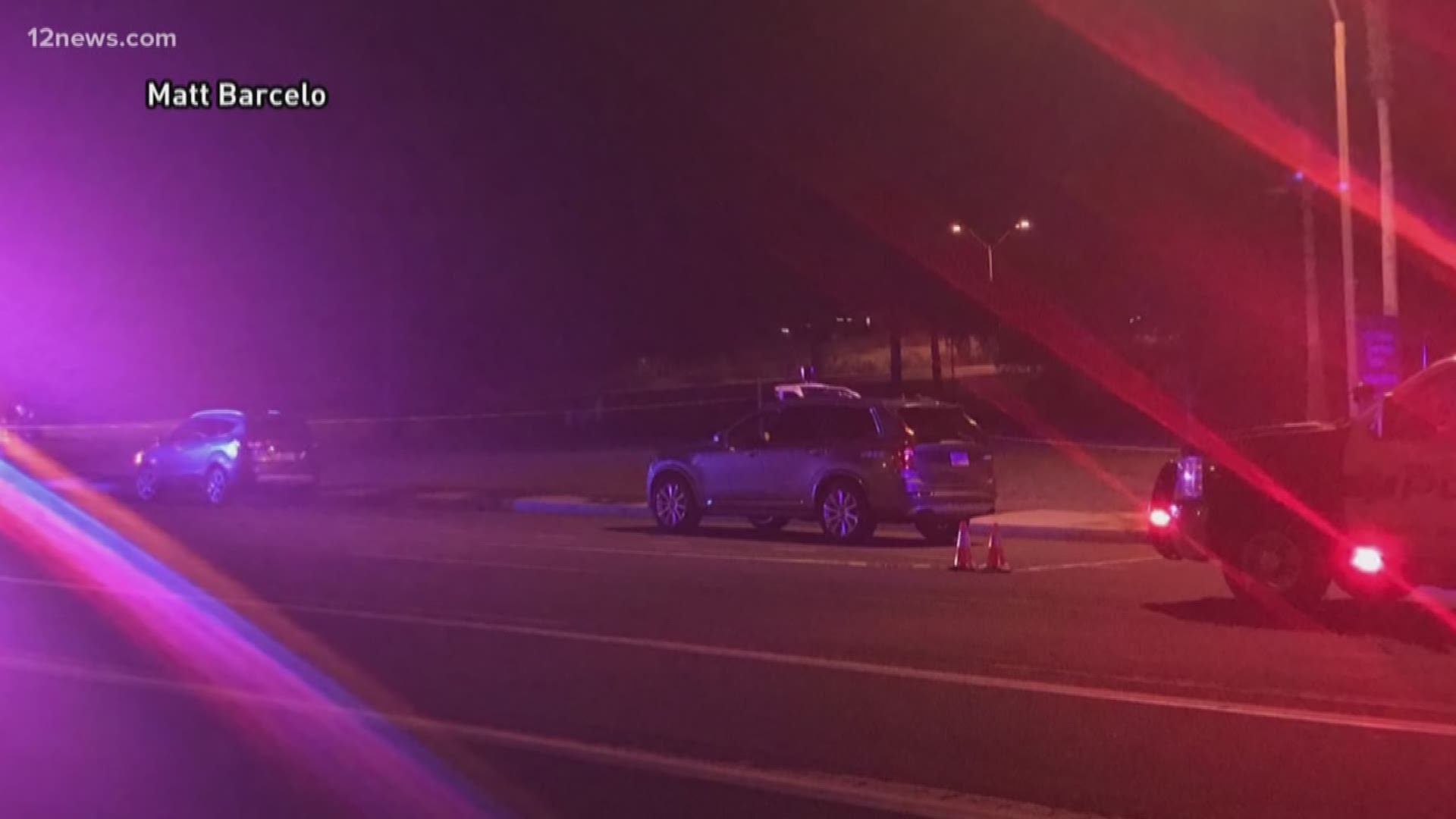 The backup driver looked down.

The self-driving Uber's computer was in control.

The self-driving Volvo SUV slammed into her going about 40 miles per hour.

The backup driver, who was supposed to be monitoring the vehicle, didn't hit the brakes until one second after impact.

That's just one of the stunning findings in the National Transportation Safety Board's preliminary investigation pf the accident, released Thursday.

Not coincidentally, Uber formally ended its self-driving testing in Arizona the day before the NTSB report was released.

The company's test drives had been suspended by Gov. Doug Ducey a week after the road death.

Here are some of the key takeaways in the NTSB preliminary report:

-The vehicle's computer detected an object in the road six seconds before the crash.

-Emergency braking was disabled while the computer was in control.

-The backup driver had to act, but the computer didn't alert the driver.

-The driver braked less than one second after hitting Herzberg.

There are still several loose ends the NTSB says it must tie up before issuing a final report on the probable cause of the accident.

One outstanding question: Was the backup Uber driver distracted by her cell phone during the final six seconds of Elaine Herzberg's life?

Could Average Driver Have Avoided Pedestrian?

We asked driving school owner Maria Wojtczak whether an average driver could avoid a road obstacle six seconds away while traveling at 40 miles per hour.

"In three to five seconds you have enough time to either make an evasive maneuver if you know what's going on around you or to stop," said Wojtczak, owner of Scottsdale-based DrivingMBA.

"It's got to be an individual paying close attention. He sees something, he knows he's got to do something."

How Much Freedom for Driverless Cars

The lack of computer controls on the driverless Uber raises questions about whether local governments should get involved, according to Thaddeus Miller, assistant professor at Arizona State University's School for the Future of Innovation and Society.

"What sort of risks are communities willing to take?" he said in an interview.

"If a company wants to experiment under certain conditions, should there be a conversation with the community or the city or the state about what decisions they're making during what times of day in what neighborhoods? That wasn't really happening."

Gov. Ducey lured Uber to Arizona two years ago with the promise of no rules for the road. Uber and other driverless car operators that have flocked to the Valley face little to no regulation.

In response to the NTSB report, Ducey's spokesman said:

"The NTSB ... did not provide any decisive findings or conclusions. We await the more thorough and final investigative report."

After the Tempe pedestrian death, The New York Times reported that Uber drivers were under pressure to meet a goal of offering self-driving car services by the end of the year.

It's not clear yet whether the backup driver or Uber will be charged with a crime.

Less than 24 hours after the crash, Tempe Police Chief Sylvia Moir appeared to rush to judgment, suggesting the accident appeared to be unavoidable.

But we can't confirm whether Tempe police recommended charges.

Their investigative report was handed to Maricopa County Attorney Bill Montgomery on Wednesday. Tempe PD is refusing to release it, claiming it is an "active investigation."

Montgomery recently threatened police departments that release investigative reports and videos before he decides on charges.

Courts have ruled those reports are public documents, and most police departments have routinely released them.

12 News will pursue the release of the Uber report.

Uber issued this statement on the NTSB report:

"Over the course of the last two months, we've worked closely with the NTSB. As their investigation continues, we've initiated our own safety review of our self-driving vehicles program. We've also brought on former NTSB Chair Christopher Hart to advise us on our overall safety culture, and we look forward to sharing more on the changes we'll make in the coming weeks."