Both of the men were booked into the Maricopa County Jail. 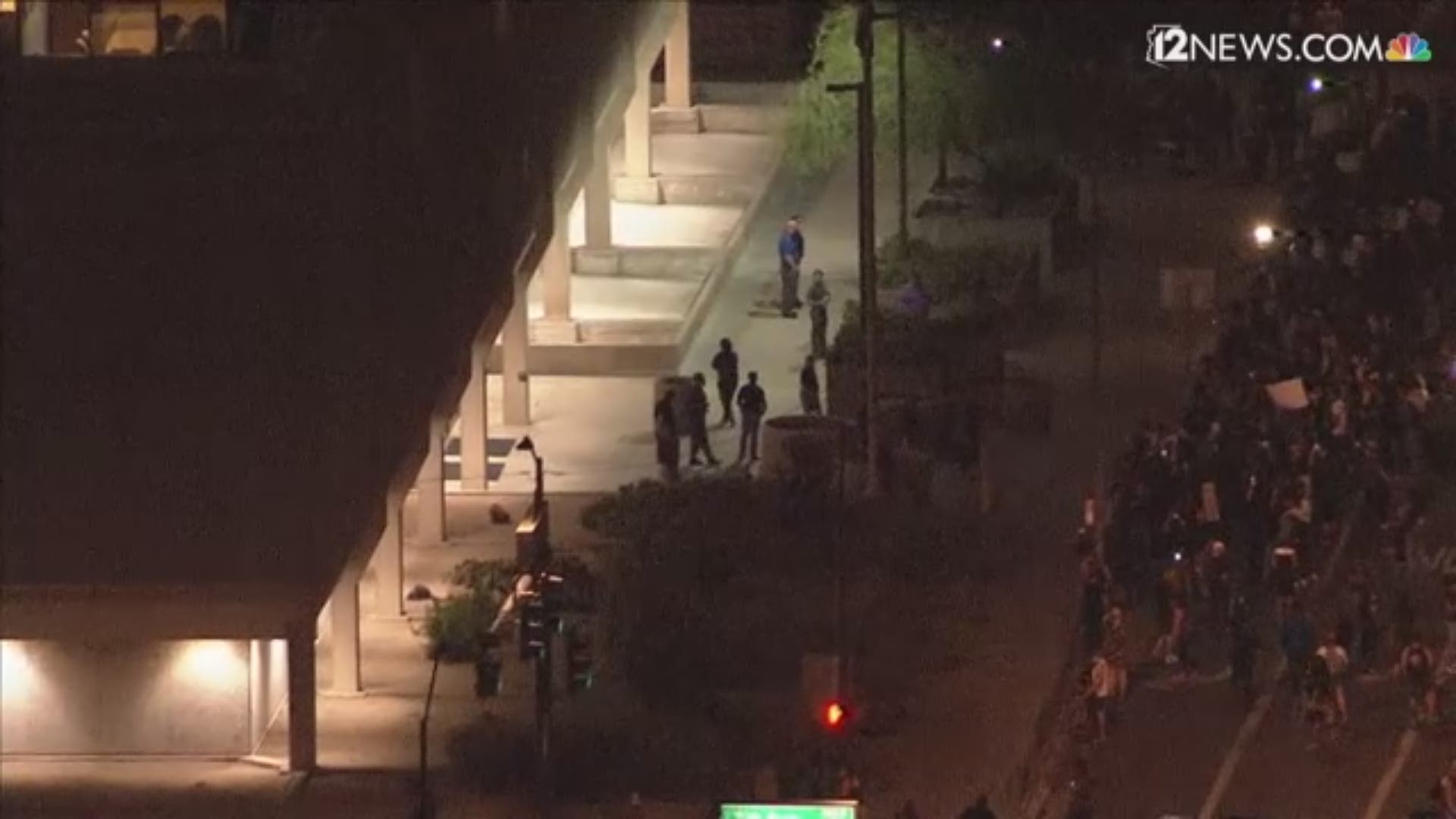 The two men, 44-year-old Michael Lane and 36-year-old Andrew Givens, were both arrested at the site of the protests and charged with refusing to disperse from an unlawful assembly, among other charges.

Lane, who allegedly admitted to breaking the window of a police vehicle Thursday night and throwing a bottle Friday night, was also booked for rioting and criminal damage.

Givens was also allegedly arrested for aggravated assault on a police officer, resisting arrest, and possession of narcotic drugs.