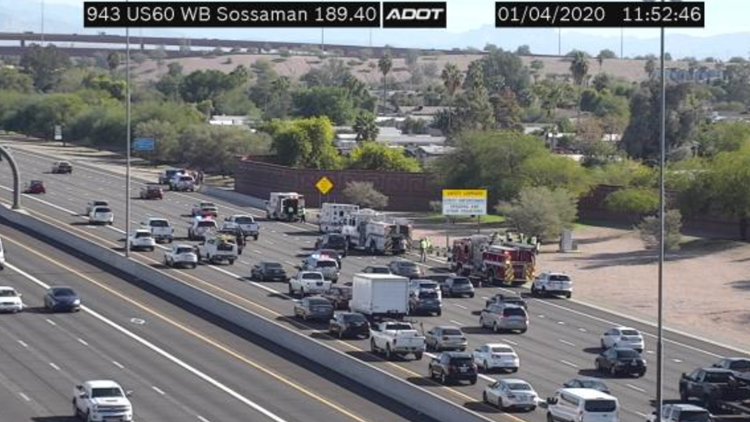 Two in critical condition after U.S. 60 crash in Mesa

MESA, Ariz — Two people have been taken to the hospital in critical condition after a crash on U.S. 60 eastbound near Power Road in Mesa, the Arizona Department of Public Safety said.

Mesa Fire and Medical crews are at the scene, which involves several vehicles with several patients.

The van was reportedly broken down in a travel lane when it was struck by another vehicle, per DPS.

The extent of the injuries are unknown at this time.