Police believe a woman killed her husband then herself on Friday night. 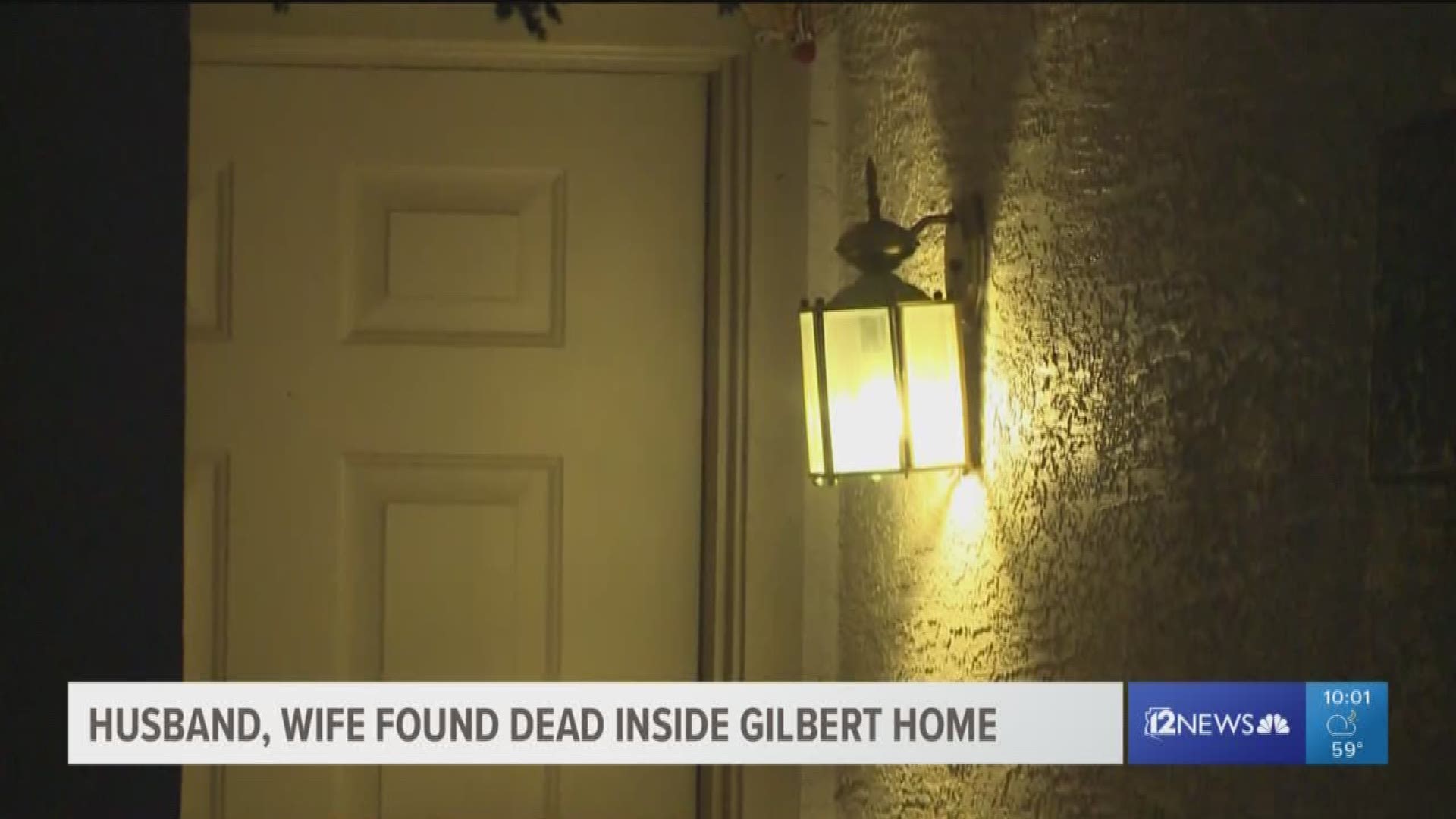 GILBERT, Ariz. - Gilbert police confirmed Sunday that two people are dead in what is believed to be a murder suicide that took place Friday night.

According to Gilbert PD, officers responded to a home near South Val Vista Ave. and Mesquite Dr. around 11 p.m. Friday to find one person dead and one person injured.

The injured person was pronounced dead at the hospital later.

The two were identified as Mary Jo Cobb and Michael Cobb, her husband. Both were 49 years old.

Gilbert PD said it's believed Mary Jo killed Michael, then herself. There are no other suspects.

Gilbert PD has not released any information on a weapon or motive in the case.