Police are looking for a white Volkswagen 4-door sedan. 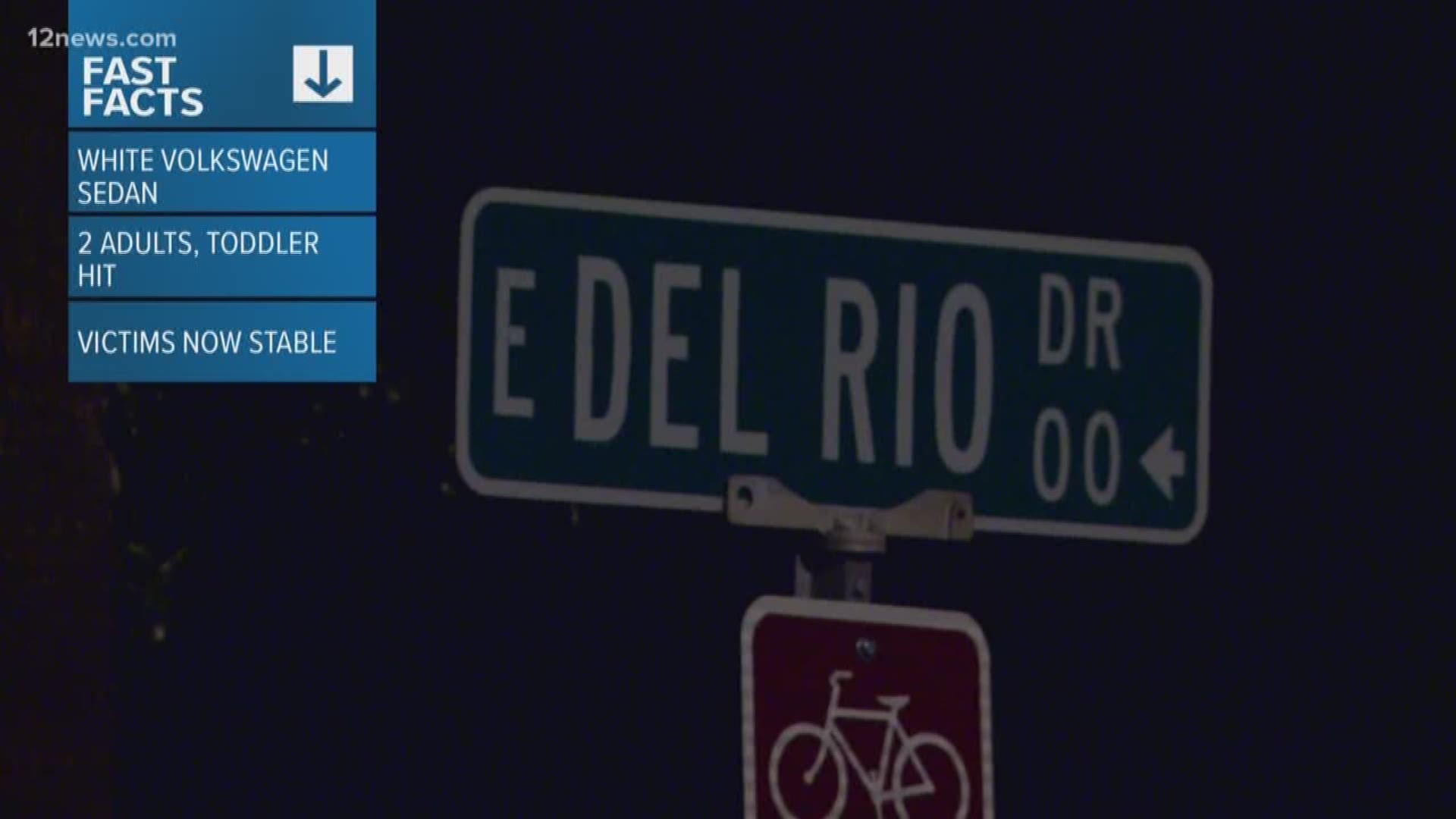 TEMPE, Ariz. - Three people including a 3-year-old child were transported to the hospital after being struck by a car in Tempe, police said.

Police said the victims included two adults and the child, who were traveling southbound to northbound on a residential street at Mill Avenue and Del Rio Drive when a car, driving at a high rate of speed, hit them. All the victims are in stable condition.

The vehicle was described as a white Volkswagen 4-door sedan, which fled the scene after hitting the pedestrians.

The intersection of Mill and Del Rio is closed as officers investigate.