The Valley has become a hotspot for high-tech artisan pen making thanks to businesses like Tuff Writer. 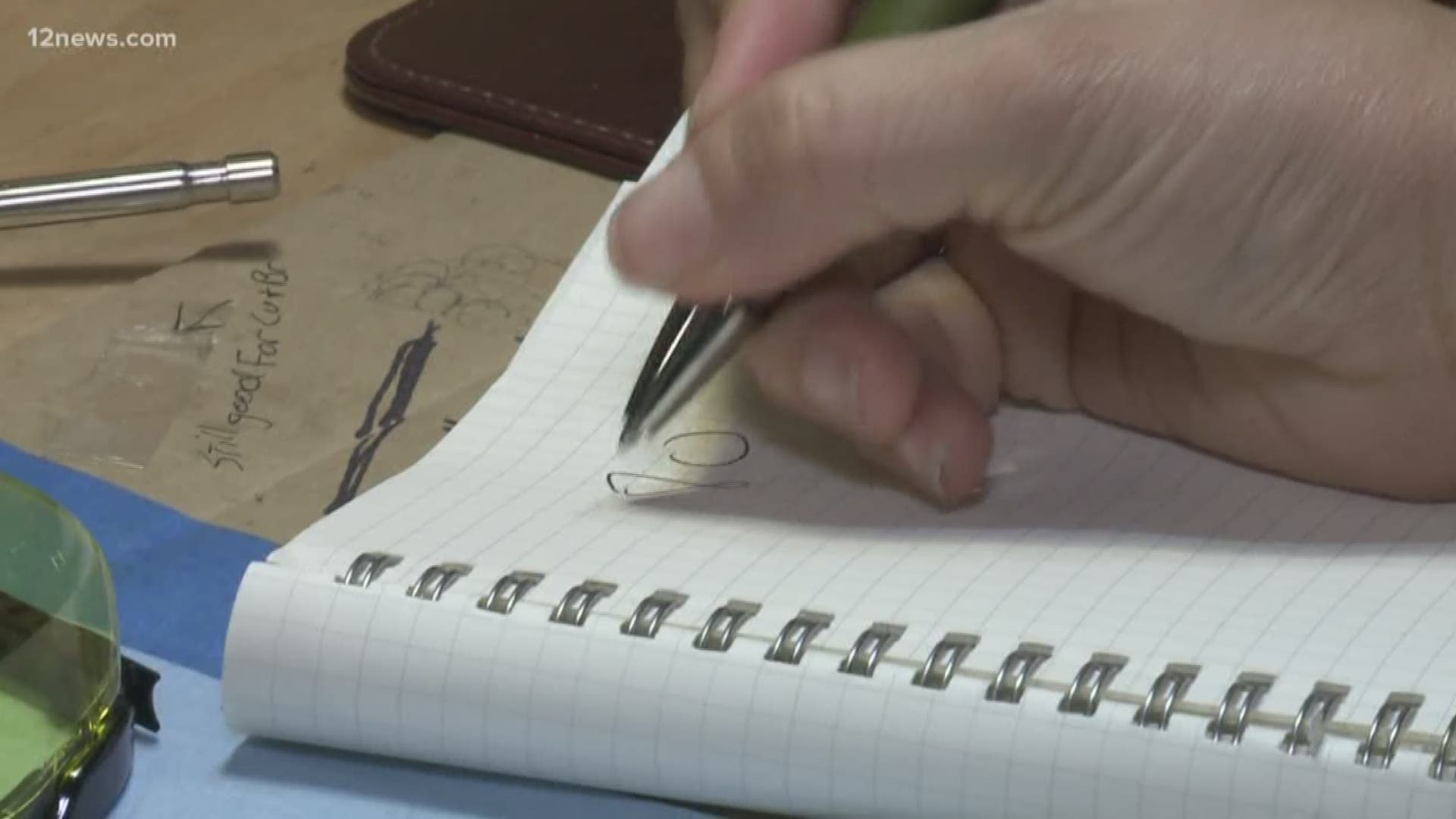 PHOENIX — When you think of booming businesses here in the Valley, do pens come to mind? Yes, pens like the ones you use to write with.

You may not know it – but the Valley has become an unlikely hub for artisan pen making.

“Traditional pen makers have been making pens the same way since the 50s and 60s so we saw the opportunity to use precision equipment to machine pens that simply didn’t exist before and they took off,” said Roman.

Roman is the owner of "Tuff Writer"- his company specializes in crafting high technology pens for members of the military -- often working overseas in harsh environments and also for law enforcement officers.

“They needed pens that would work like all the time, waterproof, dirt proof, smash proof,” said Roman.

Roman is part of a growing hub of luxury Pen makers here in the Valley—now home to a growing list of companies leading the industry in artisan pen making—  like Karas Kustoms, specializing in ballpoints and fountain pens, and Wahl-Eversharp, with its collector and vintage branded pens.

What separates your run of the mill ballpoint pen from one of these high-class writing instruments?

MORE: Phoenix teen skydives in a suit before promposal

“This is disposal piece made of cheap plastic," said Roman holding a disposable pen. "This (holding one of his pens) is made of 60 61 aluminum, the same stuff you would find in aerospace aircraft. We’re talking jet fighters.”

So what makes Phoenix the perfect pen processing place? Roman says it’s the blend of infrastructure, access to technology and education for that creative edge.

“In terms of local community college manufacturing programs and very good centralized location for CNS machine manufacturing material support little bits and pieces that allow you to do things like this you really couldn’t do in other places,” said Roman.

Romans tactical pens retail for $80 to $200 dollars a piece.

They also come with a lifetime guarantee… until someone takes it from your desk.