Buddy Hall posted his 2020 Donald Trump for President (unofficial) Campaign bus on Craigslist Tuesday for $135,000 so he can buy a new one for 2024, he says. 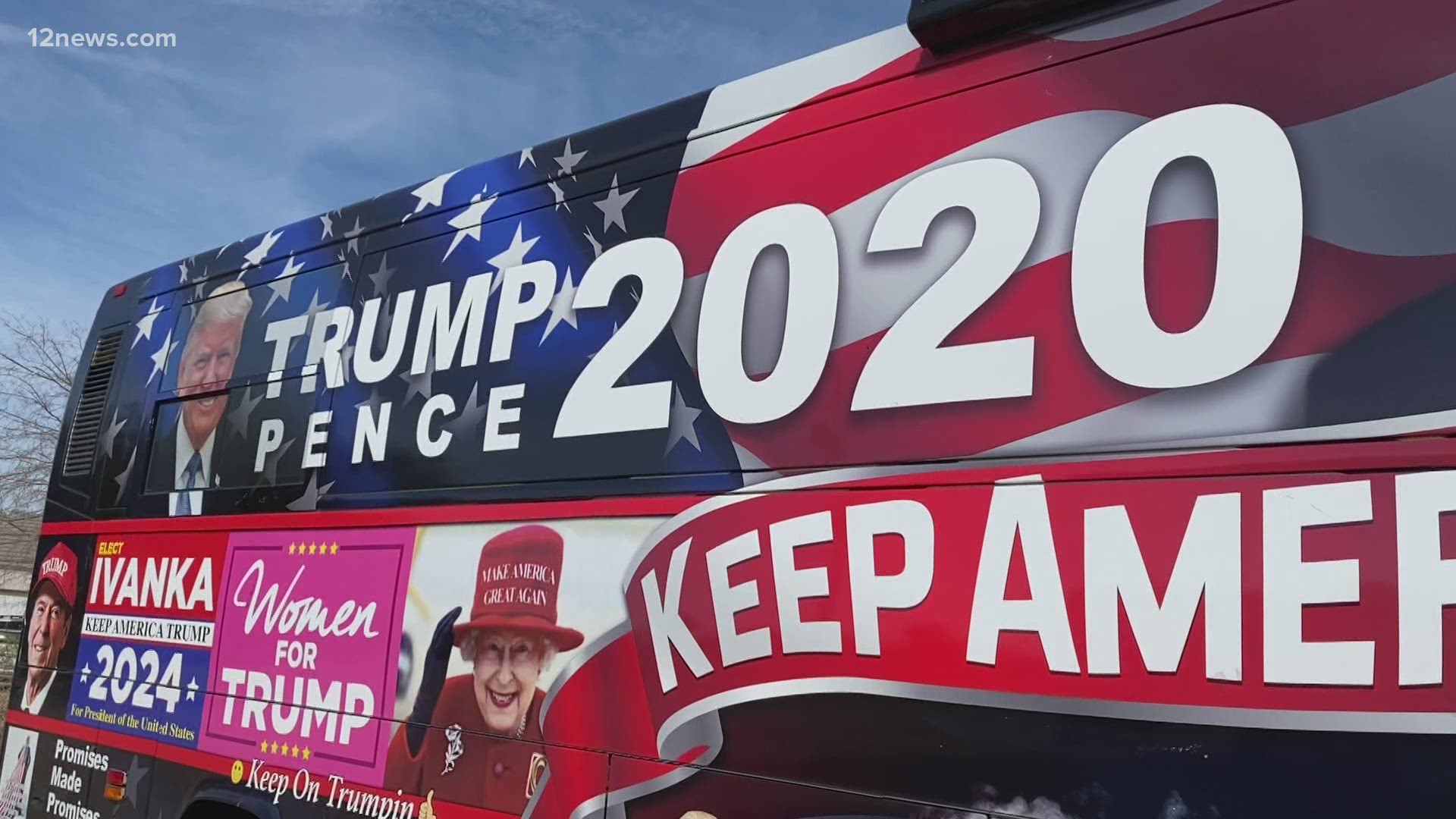 QUEEN CREEK, Ariz. — ﻿It’s a 45-foot-long, 22-year-old, live-in tour bus that was built for $1.25 million, and it could be yours for the low, low price of $135,000. The only catch is the buyer will be making a serious public announcement about his or her personal politics.

Hall drove the bus all around the Desert Southwest and the rest of the country during the 2020 presidential campaign, including taking the lead in a 91-mile “Trump Train” demonstration that snarled traffic in the Valley on Oct. 25.

When COVID-19 made traveling more difficult, Hall parked the bus in Wickenburg and began selling Trump merchandise out of it. He claims to have sold more then $700,000 of merchandise from the bus.

“I kept hearing ‘Get on the Trump Train,’ and I never could find one, Hall said via Zoom Wednesday. “So I thought, heck, the President made a lot of sacrifices for us, I want to go buy one and let the campaign use it and promote the President.”

Hall never drove the former president himself. He says Secret Service wouldn’t allow him to drive former President Trump nor former Vice President Mike Pence because the bus is not bulletproof. He did, however, host Donald Trump, Jr. and his girlfriend Kimberly Guilfoyle. A picture of the couple posing with the bus appears in the Craigslist ad.

“Arizona was our favorite place to be at. It was just amazing,” Hall said.

Hall hopes that someone will buy the bus and then donate it to a still-to-be-established Donald Trump Presidential Museum. He even mentions a potential tax write-off in his Craigslist ad.

“Or if they want to make a business out of it they can make an amazing income traveling the country selling Trump stuff,” Hallel said. “I’ll even turn them on to the suppliers.”

One thing Hall wants viewers to know: do not take the sale of this bus for some sort of surrender. Hall says the sale of the 2020 bus will allow for the purchase of a bus that will travel the country again in 2024.