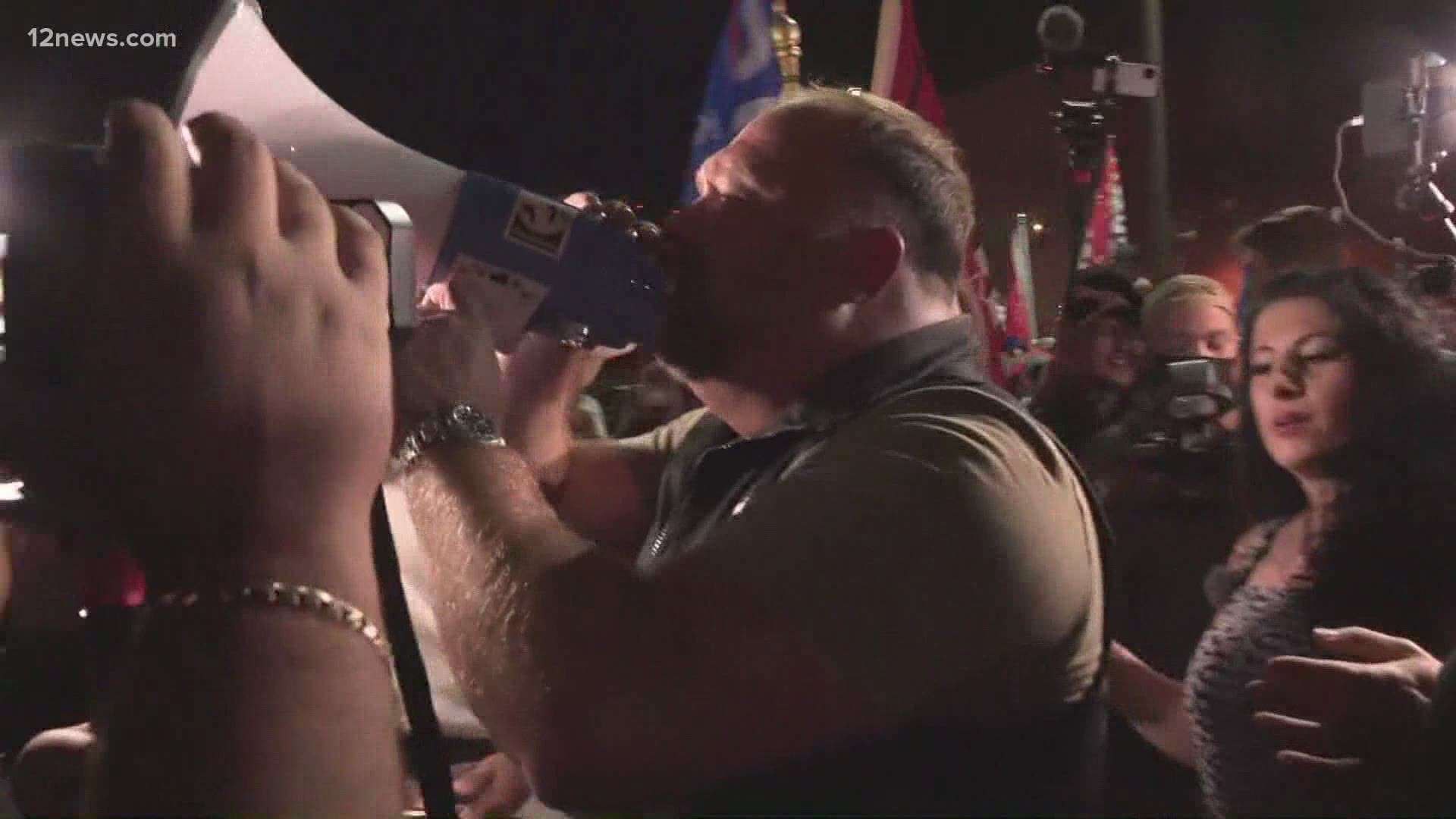 The Associated Press and Fox News both declared Joe Biden the winner of Arizona and its 11 electoral votes, however Republicans are demanding that every ballot be counted before calling the state.

As of 7 p.m. Thursday, the gap between Trump and Biden has indeed narrowed since election night.

About 100 protestors gathered outside the building on Wednesday night with Arizona 4th Congressional District Rep. Paul Gosar speaking to the crowd.

At one point, some protestors tried to get into the building, but Maricopa County Sheriff's Deputies defused the situation.

In a statement on Thursday, Maricopa County Sheriff Paul Penzone said the office was present at the protest to "ensure the safety of the staff and security of the facility.

"We are committed to the safety of our community and the protected process of democracy. Our efforts will continue and expand to appropriately meet the capacity and dynamics of these potential engagements," Penzone continued.

A fence has since been installed around the Maricopa County Recorder's Office with designated areas for free speech.