They helped to prevent a small brush fire from growing on the I-17 near Black Canyon City. 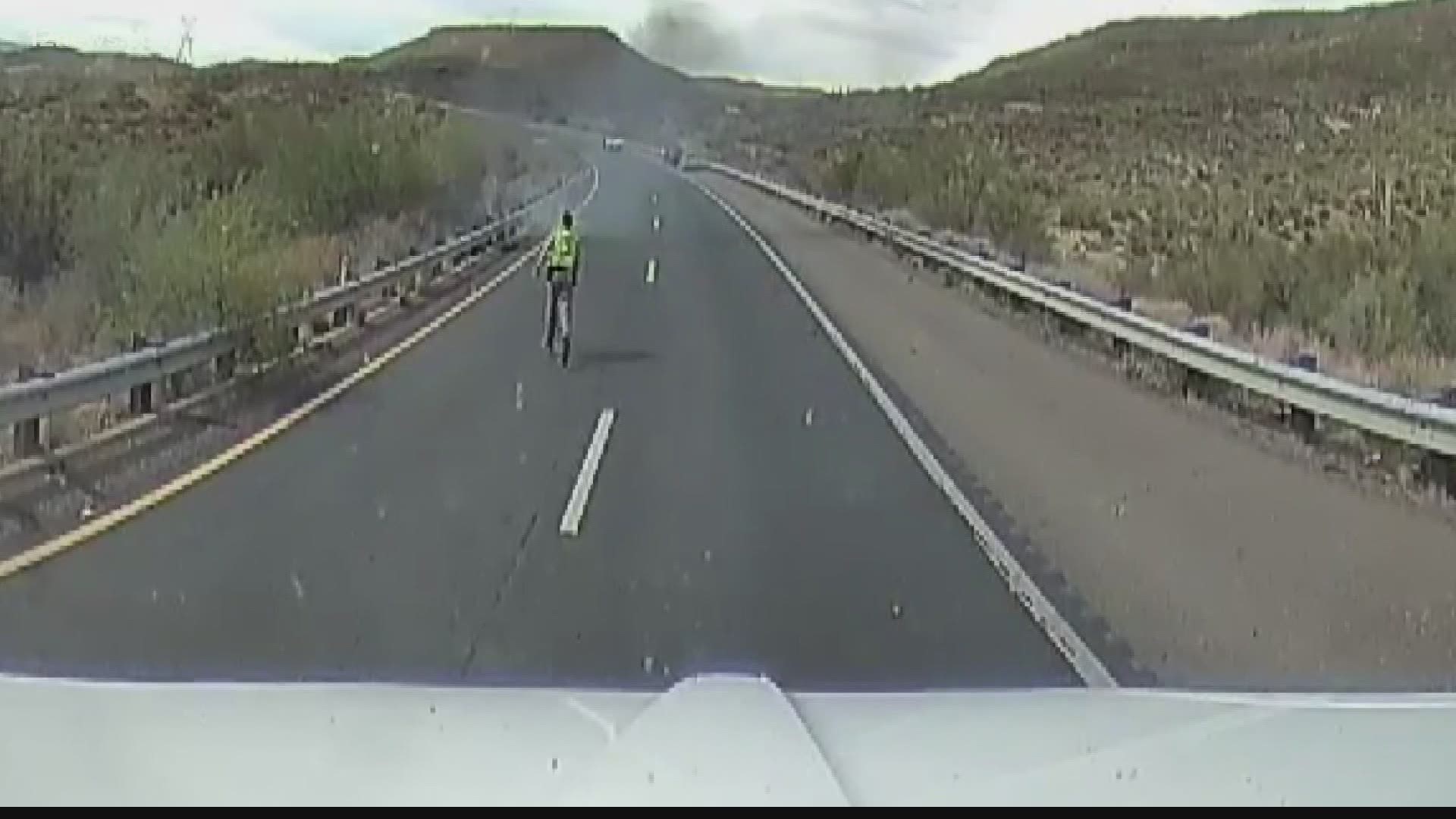 ARIZONA, USA — A truck driver and his son were caught on camera at the right place at the right time. They helped to prevent a small brush fire from growing on the I-17 near Black Canyon City.

Daniel Carrillo and his son Daniel Jr. were in their semi-truck doing work for their non-profit Real Hope Inc. when they came across a DPS trooper who needed help.

“It was just our first reaction. Do something,” said Carrillo.

DPS trooper Brian Leverette was trying to put out a fire on the side of the road when his fire extinguisher ran out.

The Carrillos were at the right place at the right time. They gave the trooper their extinguisher to help smother the flames until firefighters could get there.

“It was big because the fire was spreading pretty rapidly. It was able to suppress it and get it small enough to where it didn’t spread any further,” said Leverette.

Trooper Leverette knows how every minute counts when fighting a fire. Just last month, a fire burned east of I-17, closing part of the busy roadway.

“We’re glad this one didn’t get as big as it could’ve gotten,” said Leverette.

“It’s the least we could do,” said Carrillo.

Luckily we can all help prevent the next big fire. Trooper Leverette says the sooner they know about a fire the better, so if you see smoke call 911.

“We always appreciate good Samaritans and bystanders that help us out,” said Leverette.