State regulators ordered the troubled company to hire an outside manager. Meantime, advocates for people with disabilities press their agenda to protect patients. 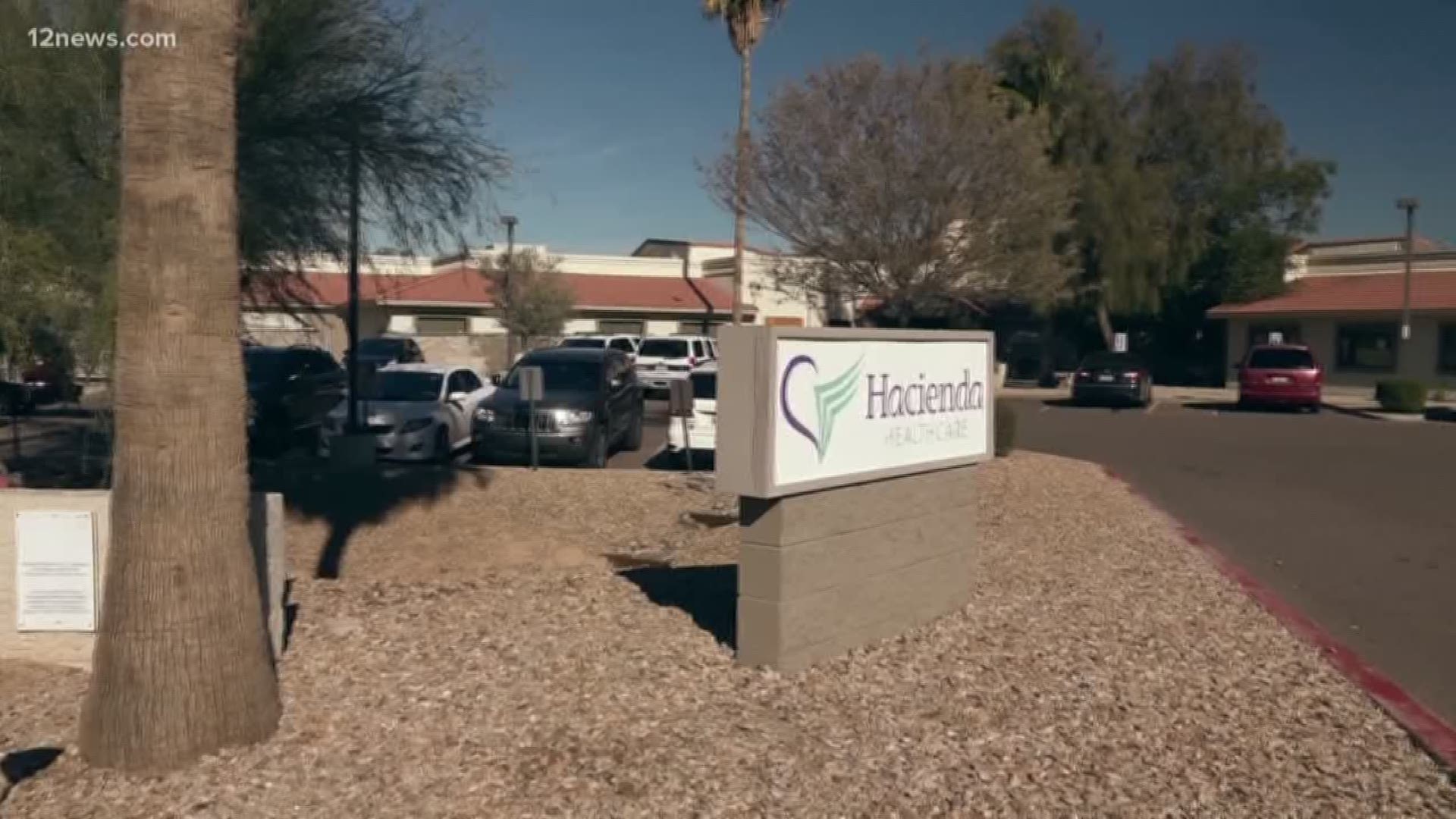 PHOENIX — It's another big step in holding Hacienda Healthcare accountable.

A large company out of Indiana is now running Hacienda, with a mission that includes making the two dozen changes state regulators have ordered.

Meantime, patient advocates have released their to-do list, to prevent another horror from happening again.

Two weeks ago, Arizona regulators ordered Hacienda HealthCare to hire and pay for an outside manager to run the Phoenix facility.

That manager is Benchmark Human Services, an Indiana-based company with 3,400 employees and more than two dozen care facilities in 12 states.

Benchmark is taking on a huge task, after the apparent rape of a patient who is non-verbal and cannot move on her own and reports that the Hacienda board of directors tolerated a culture of sexual harassment.

A Hacienda nurse has been charged with sexual assault and abusing a vulnerable adult. Gov. Doug Ducey has called for the board's removal.

READ: The state's letter approving the hiring of Benchmark

Advocates for people with disabilities were already at work on seeking new protections for all patients before the Hacienda story broke in early January.

Abuse of developmentally disabled patients is believed to be widespread.

Recommendations from the Arizona Developmental Disabilities Planning Council include:

RELATED: Hacienda Healthcare unlicensed by the state for more than 20 years

"Our conversations with Benchmark's leaders over the past week have been collaborative and very professional. Their national reputation precedes them, and the Hacienda team is fully committed to working with Benchmark to further improve the care and safety of our patients in both the Intermediate Care Facility and our Skilled Nursing Facility. We look forward to doing everything in our power to make both teams successful on behalf of our clients, their families and the community."

Hacienda will be paying for Benchmark to manage the facility. Hacienda receives most of its funding through Arizona taxpayers, under a state Medicaid contract.

The state's Medicaid program sued Hacienda two years ago, claiming it overbilled the state by almost $3 million. That lawsuit is still pending.