Air Force will supply bottled water for at least a month to hundreds of customers of West Valley water company. Advisory resulted from testing for firefighting foam. 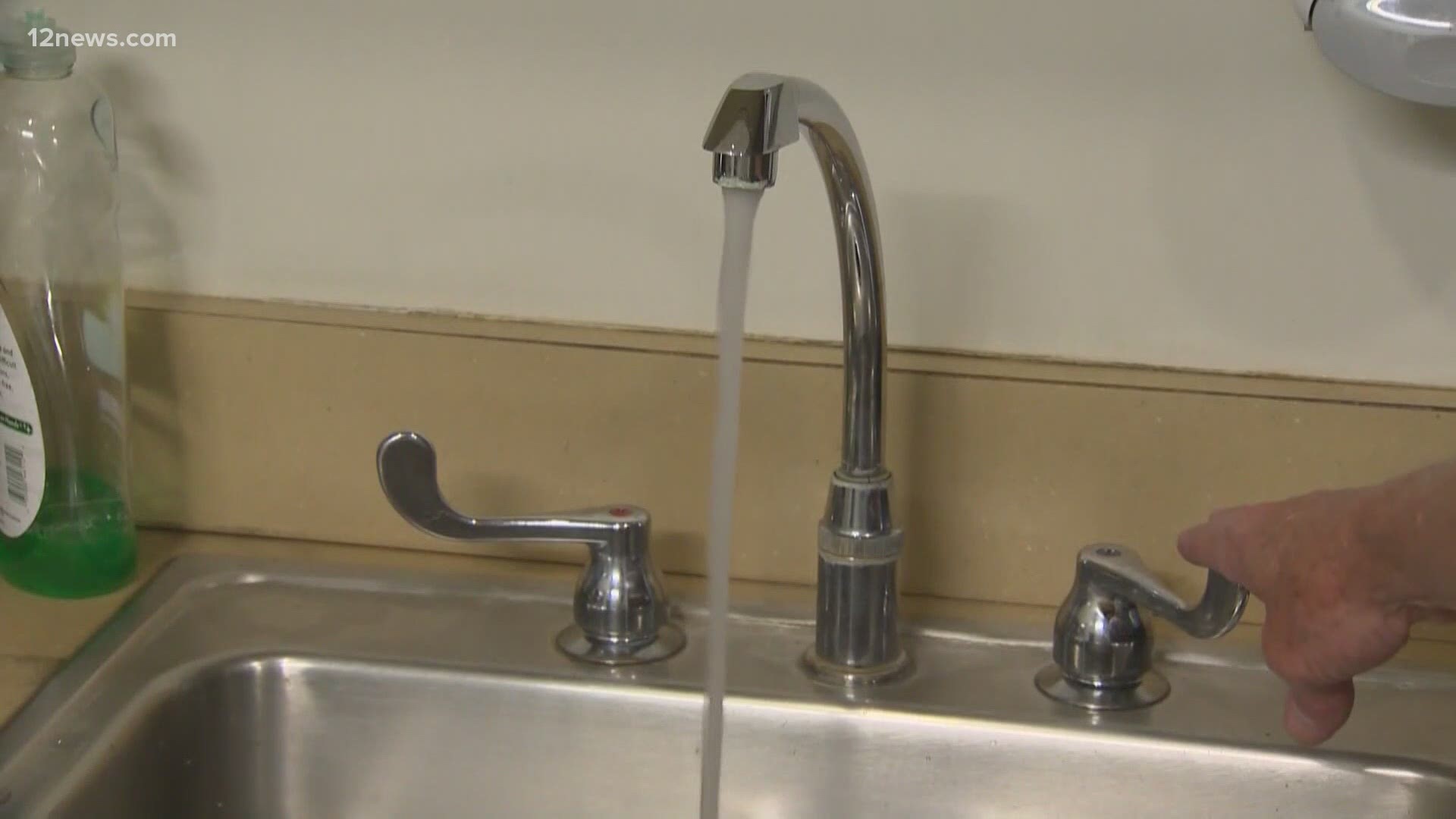 LITCHFIELD PARK, Ariz — Hundreds of people who live next door to Luke Air Force Base in Glendale are being advised not to drink their water after tests detected high levels of toxic chemicals.

The chemicals are from toxic firefighting foam that has seeped into the ground around Luke for decades.

"It was a shock to us today, and it actually scared us," said Winifred Whelan, who built a home with her husband almost 20 years ago in what is now a large subdivision bordering Litchfield Road, east of the airbase.

Whelan had just received a letter from the Luke commander warning customers of Valley Utilities Water Co. not to drink their water or cook with it.

It was the first she had heard of potential water problems near Luke.

"All we got was one letter and that was it," Whelan said.

The communication was poor, she said. Many of her neighbors weren't aware of the water warning.

According to a Luke spokesman, the letter went out to 1,700 customers of Texas-based Valley Utilities Water Co., a small, privately-owned water company in the West Valley.

The U.S. Air Force, the letter said, will be providing water supplies for the next month while it figures out how to deal with the potential toxic contamination.

According to preliminary results, the letter said, at least one of the water samples from the Valley Utilities wells exceeded the EPA's "Lifetime Health Advisory" for the chemicals, indicating the well water could pose a threat to public health.

"We felt safe. It's why we built our home here," Whelan said.

She's now wondering whether her breast cancer diagnosis almost two years ago is connected to the water in a home where she and her husband raised two daughters.

"You never want to think something as safe as water is a link to something life-threatening," Whalen said.

"Is this a potential link to the underlying source of water we've been consuming since we bought and built our house 18 years ago?"

The Air Force's analysis of Valley Utilities' water is part of a larger investigation of the chemicals in the water supply surrounding the base.

The toxic firefighting foam was used for decades at Luke. Only in recent years has the Air Force begun testing nearby wells.

Customers can pick up bottled water at 7011 N. El Mirage Road in Glendale, from 7 a.m. to 7 p.m. Monday through Friday, and 9 a.m. to 1 p.m. on Saturdays. A bottled water delivery service will be scheduled with a few weeks.

"It makes me question how long is this going to go?" Whalen said.

The Air Force didn't provide a timetable for how long the water advisory will last. It said it was working toward a long-term solution.

Representatives of Valley Utilities Water could not be reached for comment. The business was closed for the day Monday.