TOXIC HOUSE: Chandler family gets sick after buying meth house without knowing it

The family thought they found a perfect fit for their young family, but it turns out the home had a darker history than they could have imagined. 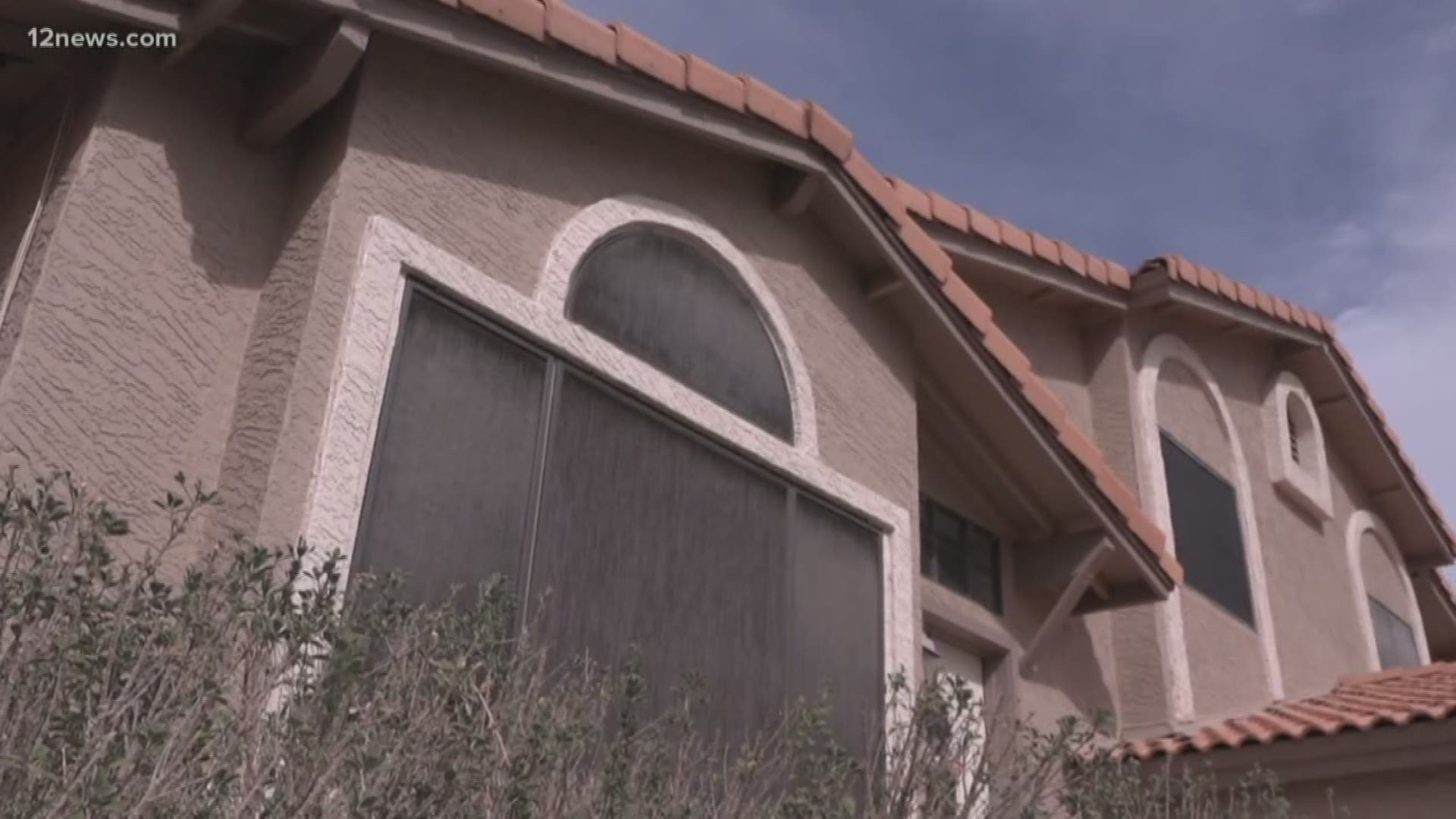 CHANDLER, Ariz. — Allison and Alex Maselli spent about a year looking for their dream home in Chandler, Arizona until they found the perfect place to plant roots with their three young children.

They bought the house, that used to be rental, in October 2018 and moved in that December.  But that's where the dream stopped short.

"Three weeks after we moved in, all of our kids got sick," Allison explains. "At first we thought 'Oh, it's just kids sickness all at once.'  But it became more and more intense."

She and Alex started to feel sick, too. They all had problems breathing and other respiratory issues.  It was a mystery illness, until one of their neighbors dropped a bombshell.

"He asked me if I knew," she says. "He said 'Well, you do know the previous tenant before you moved in died of an overdose?'"

Chandler Police records confirm the unthinkable. Three months before the Maselli's bought the house, a man died after overdosing inside the home.

The Maselli's immediately got the home tested for drug residue and the results came back positive for meth.

"It was a real gut punch finding that out for me because you live your whole life the protect your kids," Allison says.  "To find out that you bought a house that’s toxic that is making all of us sick just was really kind of devastating for me."

The test results showed levels of meth on nearly every surface: their walls, in the kitchen, bedrooms, bathrooms.  The highest levels were found in the HVAC return.  The Maselli's say they had no choice but to move, forced out by a silent, invisible danger.  They say the worst part was that you couldn't tell by just looking at the home.

In a lawsuit, the Maselli’s say their sellers didn't tell them anything about drugs before they moved in.

An attorney for their sellers declined to comment for this story.

"There used to be a statue in place until 2016 that required a meth lab to be remediated," explains Rick Mack, a real estate attorney who is not involved in the case.  "By law, sellers had to do that before they could sell."

Under the old law, meth labs had to be reported to various entities including local fire departments and DHS.  Sellers had to bring in a state-licensed remediation service and follow specific rules if they tried to sell the property.

But a 2016 bill changed everything about the way the state handled drug labs.  SB 1256 aimed to repeal the state-monitored remediation program.

The DEA says most meth manufacturing had gone south of the border and remediation wasn’t as in demand as it once was.  A look back at video from sessions where the bill was up for debate revealed one main concern:

"We don't want a meth house not cleaned appropriately, not certified or torn down and then have a young family move in there that could, in fact, be poisoned by the residue," says Rep. Lela Alston in video from a 2016 committee meeting.

Despite her concern, the law was rolled back. No more reporting, no more requirements for remediation - and that's just for meth labs.  There's nothing about homes that are contaminated like the Maselli's, except what Mack would call disclosing material facts.

"If the sellers are aware," he explains. "They need to disclose."

The Masellis are now living with family out of state, while their home and furniture sit in Chandler, contaminated.

For the most part, their health has improved since they left.  But it's been hard to explain to their children, who had to leave their school and their friends. And the problem is still looming, even though they're out of the house.

"We’re still paying the mortgage on that house," Allison says.  "Obviously, it’s not safe to live in."

"And we don’t feel right selling it," adds Alex.  "We don’t want to put another family in the situation."

They're working on raising money to properly remediate the home.  You can help the family here. 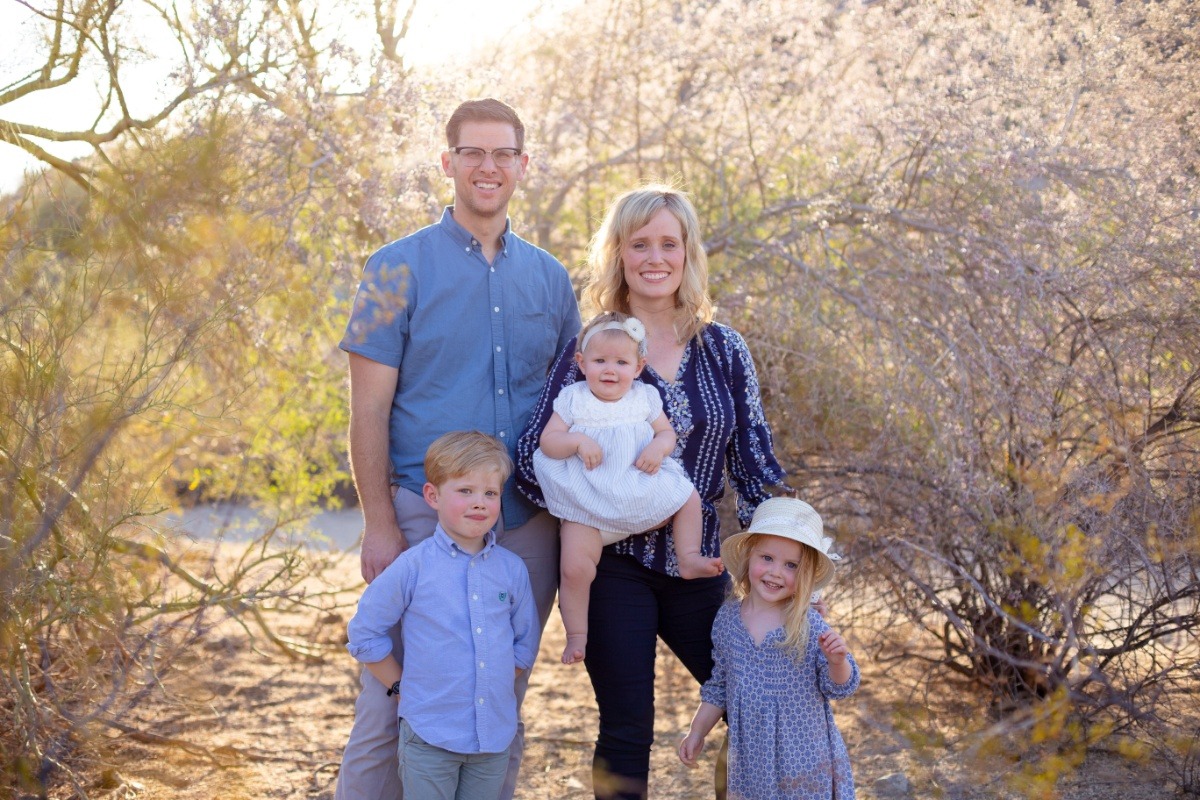 The Maselli's meth house nightmare organized by McKenna Squires
The Maselli family is one of those families that everyone can't help but love! They are some of the most loving and generous people I have ever known. They have taught me what it means to serve and to give back to the community around me, and now they themselves are facing very difficult circumstances.

They also hope that sharing their story will encourage lawmakers to look at new rules or even bring back some old rules to protect home buyers.

"We loved being there and loved being on that street with all our friends in the neighborhood with our great community," Alex says.  "It’s brought us both to tears at times being in the house."

If you're looking to buy a home, Rick Mack has some advice on all the people you should check with before buying

"If there’s something strange about the going’s on in the house the neighbors are going to know about it," Mack says.