Helio Basin Brewing Company has been open at 40th Street and Thomas Road for four years. They were thriving until the pandemic arrived in March. 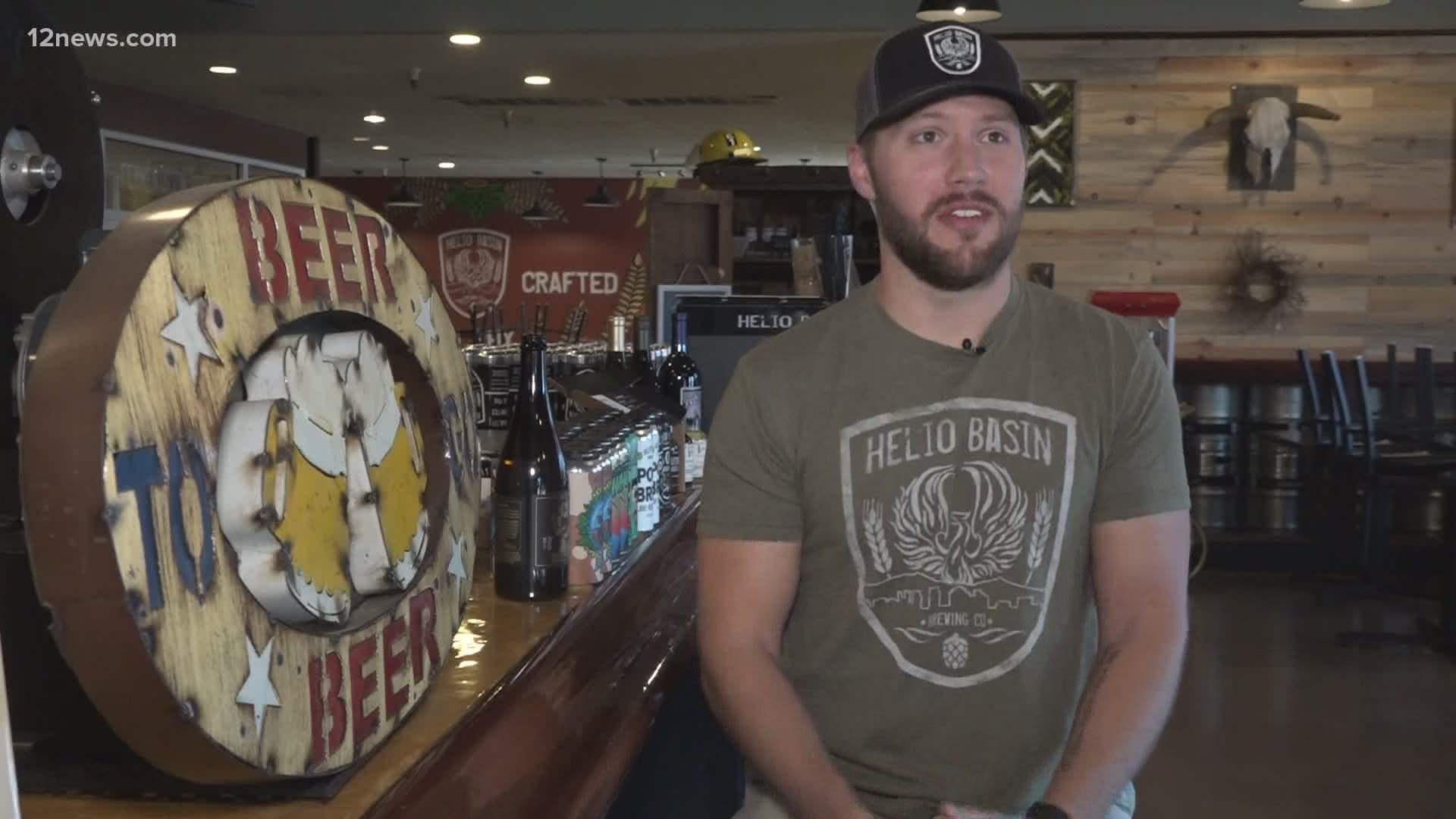 PHOENIX — The coronavirus pandemic has hit individuals hard and has completely destroyed thousands of small businesses.

One group of employees at a brewery in Phoenix, however, has been saved.

Helio Basin Brewing Company has been open at 40th Street and Thomas Road for four years. They were thriving until the pandemic arrived in March.

The group's founders, including Dustin Hazer, tried staying open for takeout and providing meals for kids and even dog rescues, but the strain became too much. They decided to close. That would mean laying off staff.

Founder and Owner Matt Brown has also been open for four years, and for four years he’s had trouble getting his beer to Phoenix to sell.

Turns out the Town Too Tough To Die is also a little too tough to distribute out of, but Helio Basin provided a great opportunity for Brown.

The location at 40th Street and Thomas Road is ready to flip from Helio Basin to Tombstone almost immediately.

Tombstone is buying the equipment and will continue to employ the brewers, bartenders, cooks, and waiters. Tombstone will redecorate and change out the beer, but everything else will just about remain the same.

Helio Basin re-opens Thursday as Helio Basin, but when it opens Friday, it will be Tombstone, and it will serve Tombstone beer.