The pastor of a church in Tolleson is condemning a youth leader who's accused of having sex and doing drugs with a teen parishioner. 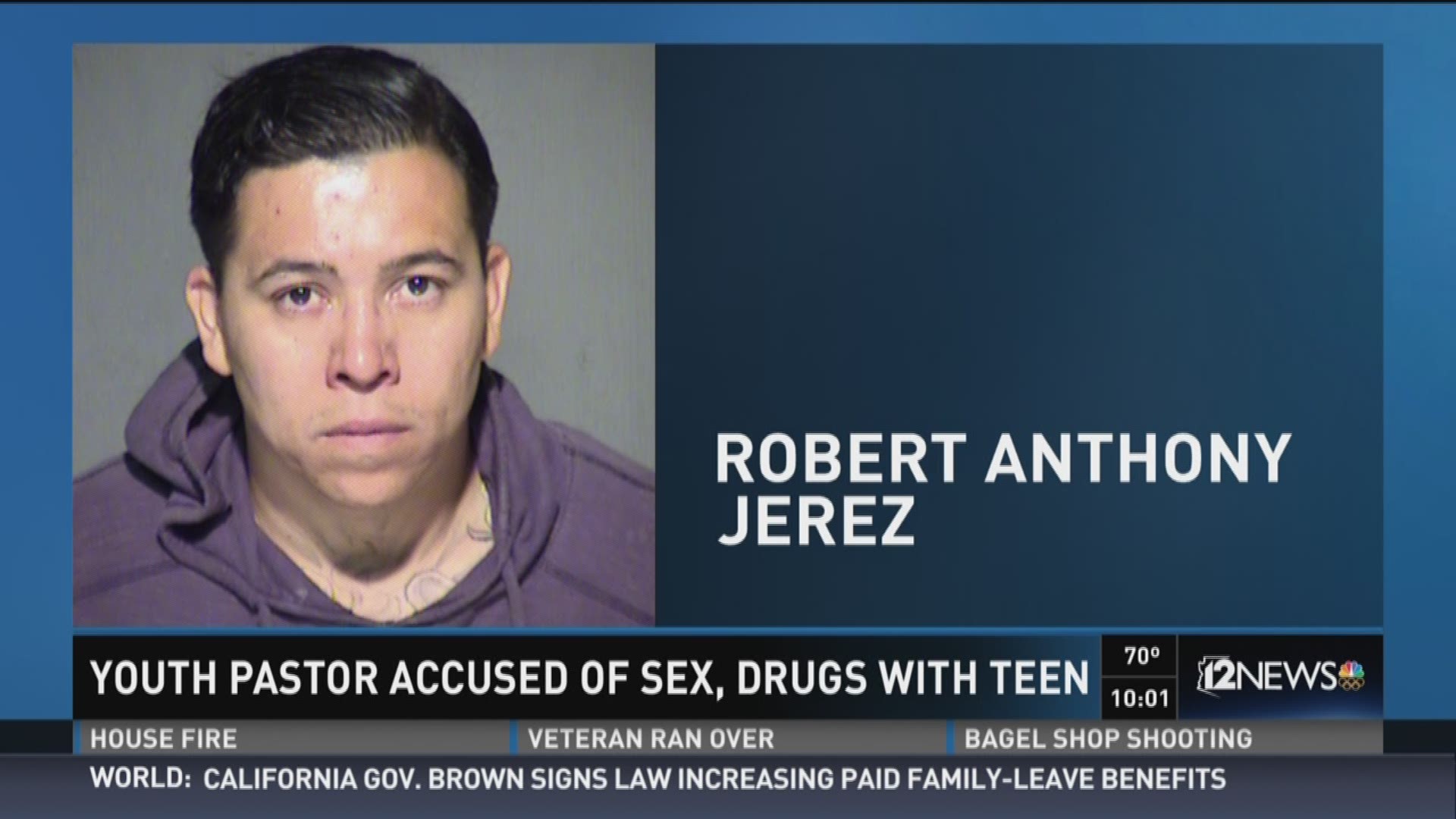 The pastor of a church in Tolleson is condemning a youth leader who's accused of having sex and doing drugs with a teen parishioner. Pastor Tony, as he's known, has admitted to all of it and the girl's father has the “sexts” to back up the sickening stories.

Robert Anthony Jerez is behind bars facing nine counts of sexual conduct with a minor and one count of sexual abuse.

The lead pastor of the church he volunteered at called police as soon as he found out.

Calloway spoke with 12 News about Jerez, a former volunteer leader at his church near 79th Avenue and Lower Buckeye Road.

"It's brought a sense of shock,” he said. “Nobody saw this coming, nobody believed this was something that could possibly happen."

The 35-year-old Jerez is accused in court documents of having sex with the girl 10 times from October of last year until this past January, using drugs and drinking with the girl at her house and sexting with her.

Jerez appeared before a judge for his initial court appearance.

“The fact that this defendant took advantage of one of his parishioner's children causes very serious concern," the judge said. "The fact that he was using drugs and alcohol to help control her, causes me even more concern."

The documents show Jerez admits to having sex with an underage girl at least three times. Court documents reveal he knew the victim was underage.

Calloway claims the teen confided in Jerez about some struggles she was going through.

“He played upon that and he took advantage of her," he said. “He's guilty."

Calloway says the church does background checks and doesn't let adult leaders be alone with teens.

As for Jerez, he's due back in court this Friday.