Thunderbird High School has used the mascot since it opened 48 years ago. It features the face of a Native American man with a headdress. 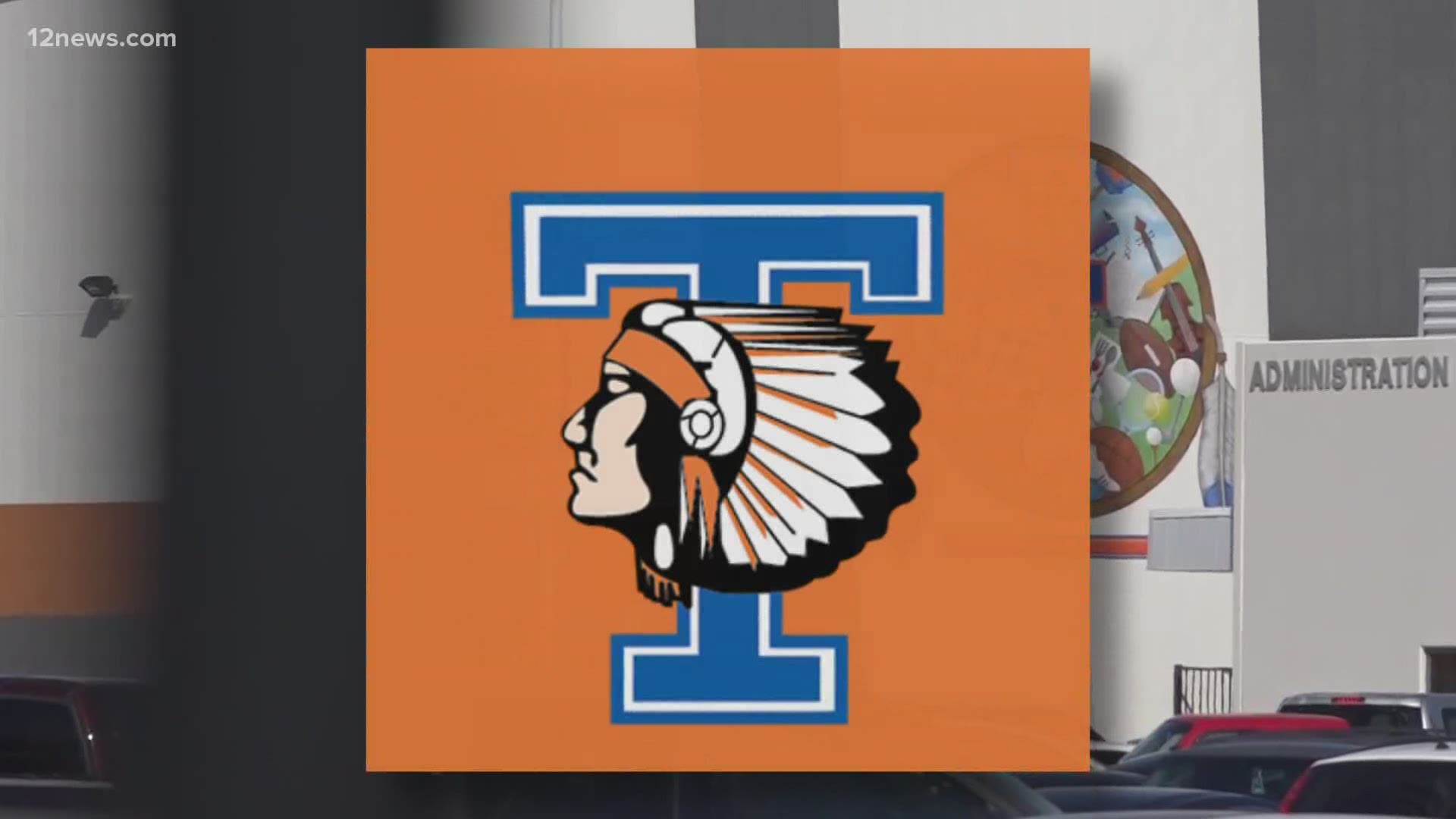 PHOENIX — The Glendale Union High School District is in the process of changing the Thunderbird High School mascot in north Phoenix. They say the mascot, "The Chiefs," is culturally insensitive.

Thunderbird High School has used the mascot since it opened 48 years ago. It features the face of a Native American man with a headdress.

The district says it's ready to start over and choose a mascot that's more "considerate of other cultures.”

Manuelito Wheeler is the Director of the Navajo Nation Museum. He says the image Americans associate with a Chief is not historically accurate.

"There were women, there were groups, tribes that didn’t have one leader... Now it has become a stereotype for native people," says Wheeler.

"How can you stay you’re honoring them or us," he says in response to those that find the mascot change "too politically correct."

Some people in the community like Candice Fremouw don't agree with the decision. Thunderbird high has been apart of Fremouw's life for decades.

"I’m really concerned that social justice is being taken too far. The word chief itself is an honor," says Fremouw.

Savannah Yaghsezian graduated in 2014 and says the mascot just never sat well with her.

"I remember kids coming to school in full on headdresses, and some chanting," says Yaghsezian.

She's one of almost 2,000 people who signed a petition demanding the change.

"It dehumanizes Native people by making them a mascot," says Wheeler.

The Glendale Union School District is in the process of changing the Thunderbird High mascot, “The Chiefs”. An appointed committee will decide what the change will be. @12News #12News pic.twitter.com/mV8yK6wuXg

Some people are suggesting changing the mascot and maybe keeping the name.

But Wheeler says members of local tribes need to be part of any decision school leaders make involving that scenario.