Here are 3 high-tech police inventions that could increase accountability 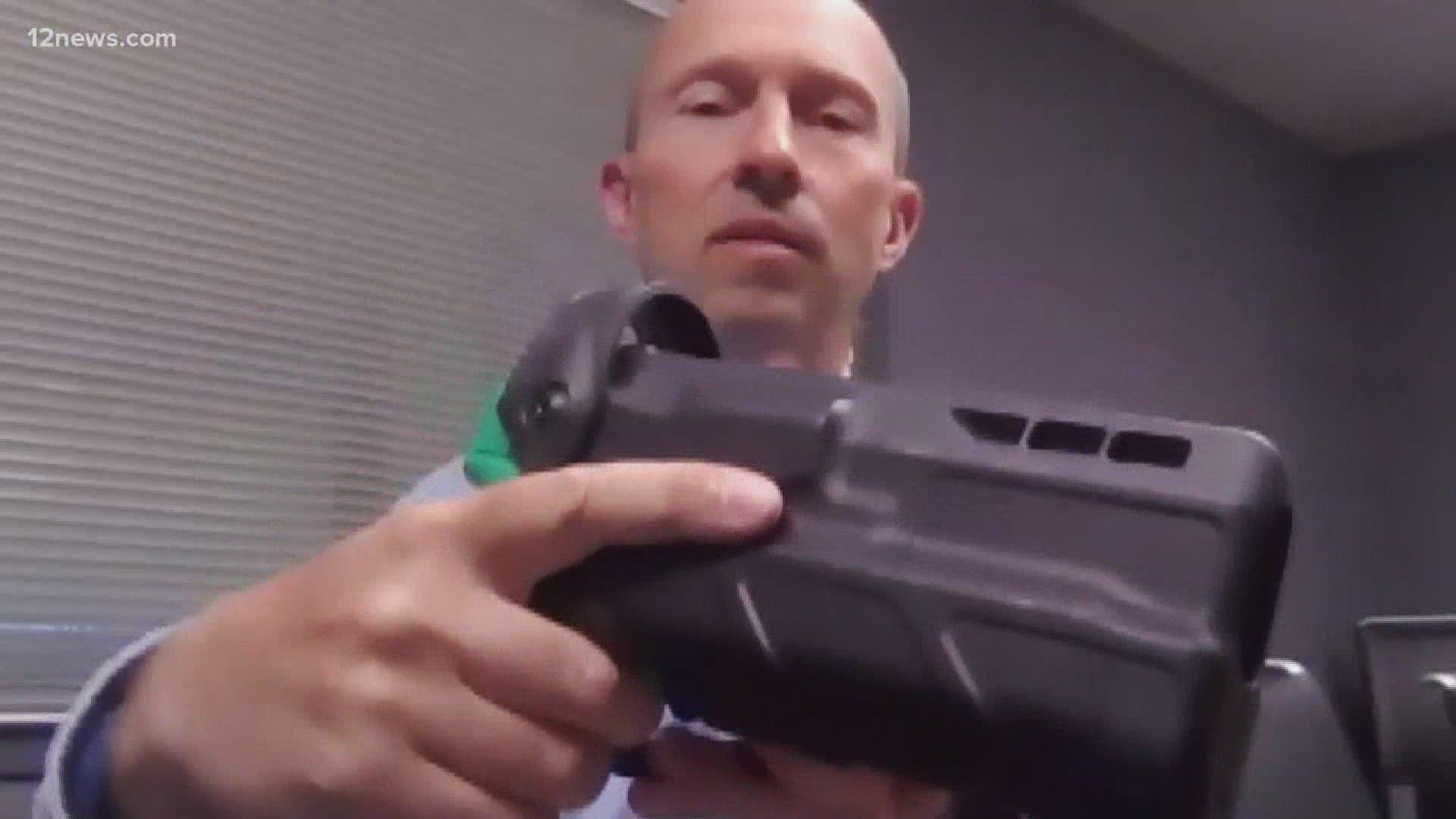 PHOENIX — With police departments across the U.S. facing more scrutiny, companies have been touting inventions meant to increase police transparency and accountability as well as helping police de-escalate tense situations.

Here are three high-tech gadgets that could be coming to a police department near you.

Tempe-based BolaWrap allows police to be able to handcuff someone – from a distance.

“We get called the Batman or Spider-Man tool quite a bit,” Wrap Technologies President Tom Smith said.

The BolaWrap is an almost unbreakable cable stretched between two weights with four-pronged fish hooks in the end.

It’s fired from a handheld device that looks like a remote control, so as not to intimidate people. But it’s fired using the gunpowder from a high-powered bullet.

When fired, the cable wraps around a person’s legs or chest, immobilizing them. Unlike a taser, it doesn’t cause any pain.

“Think of it as throwing handcuffs on someone from a distance and stopping it before it escalates, Smith said.

Body cameras have been around for years.

But they have a problem: Cameras that are mounted on glasses or an officer's shoulder can get knocked off in a fight.

Chest-mounted cameras are blocked by an officer’s hands if they draw their gun.

But a company called Viridian has taken the camera off the body and put it on the gun.

“All of sudden it’s like, wow this thing really works,” CEO Brian Hedeen said, “it’s like having a camera crew right there with you.”

The camera is integrated into a barrel-mounted flashlight that automatically turns on when it’s removed from the holster, and cant’ be turned off unless it’s put back in.

It gives an unobstructed view of whatever the officer’s gun sees.

Scottsdale-based Axon is known for Tasers and body cameras.

But they’ve expanded into the world of drones with a product that lets police departments fly a drone without a pilot, theoretically forever.

“They’ve had a demo unit flying in their now for, I think, four months straight,” Axon Air’s Jacob Furst said.

Axon Air is technically an app that can be bundled with hardware. The app lets the drone securely broadcast video to any officer with the app on a phone or tablet. That means cops on the ground can see it, as well as supervisors at headquarters.

But Axon Air will also come with an option to add a product called Fotokite, which adds a tether to the drone. Because the drone can’t fly away, departments don’t need a dedicated pilot under FAA rules. And the tether provides power, which means the drone technically never has to land.

“So you can have that drone in the air at all times,” Furst said.