It seems wild to think something that can be swatted to death is dangerous, but these disease-carrying insects shouldn't be ignored. 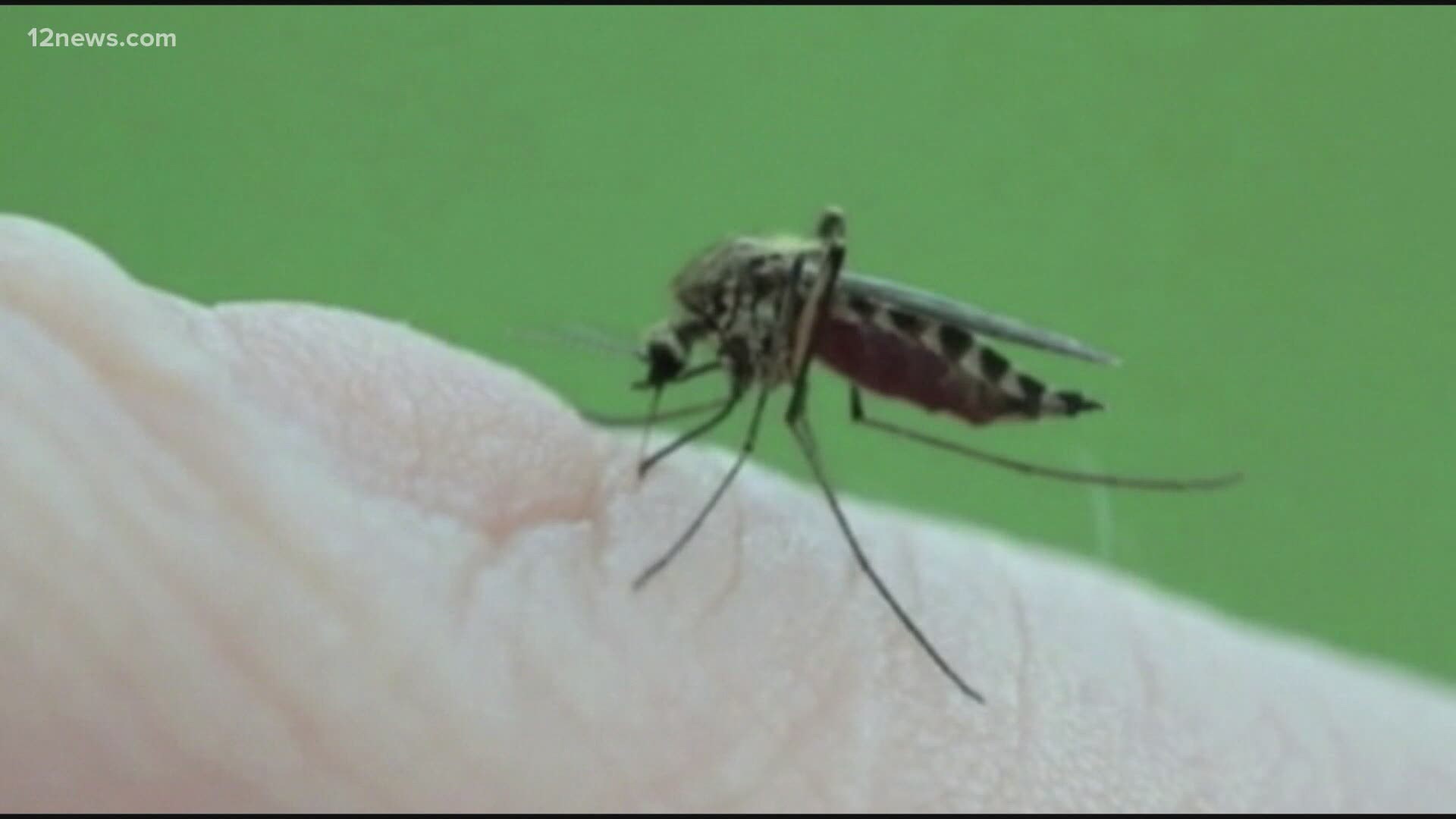 PHOENIX — The summer heat can be threatening to our health but there's another nuisance that we need to be mindful of to stay safe.

As Mike Boyle with Burns Pest Elimination explains, mosquitoes are one of the deadliest bugs that breed in our own backyards. It seems wild to think something that can be swatted to death is dangerous, but these disease-carrying insects shouldn't be ignored.

"We don't want to scare people but the dangers of West Nile, of Zika, those are real dangers and they need to be taken seriously, mosquitoes, they're a bad bug," Boyle said.

While the Arizona department of health services is only reporting two cases of West Nile this year, Mike Boyle with Burns Pest Elimination says everyone should exercise caution.

"As a pest control guy, it is frustrating to see people do anything to keep away a scorpion and not do much to get rid of mosquitoes which are a far deadlier animal, far deadlier," he added.

Prevention and planning will help keep the critters away.

"Look for that standing water, if you have a sprinkler where water gathers, adjust it, if you have a drip on the hose, dump the bucket out," Boyle said.

He adds traps are a good way to entice the insects to breed in one area if you're seeing several in your yard.

"There are some traps on the market that encourage the female to lay her eggs in that trap where they won't hatch but the really good ones will put a product on her that she'll spread to other adults and breeding sites," he said.

Repellants are a good step to stop a bite, but Boyle says it's even easier than that if you plan to spend time on your patio.

"Get a fan, mosquitoes are horrible flyers, so the breeze keeps them off their feet so to speak, but the real thing is that mosquitoes are attracted to your body heat and the CO2 you exhale, so if you're blowing that away they can't find you,"

Every year, health officials and vector control put out tens of thousands of traps to prevent the spread of some of those diseases.

RELATED: 'It was horrific': Valley mother warning others after daughter convulses from scorpion sting

RELATED: Experts say to watch out for scorpions in yards as reports of stings increase