Thousands showed up at the Arizona Science Center to watch the solar eclipse over the Valley. 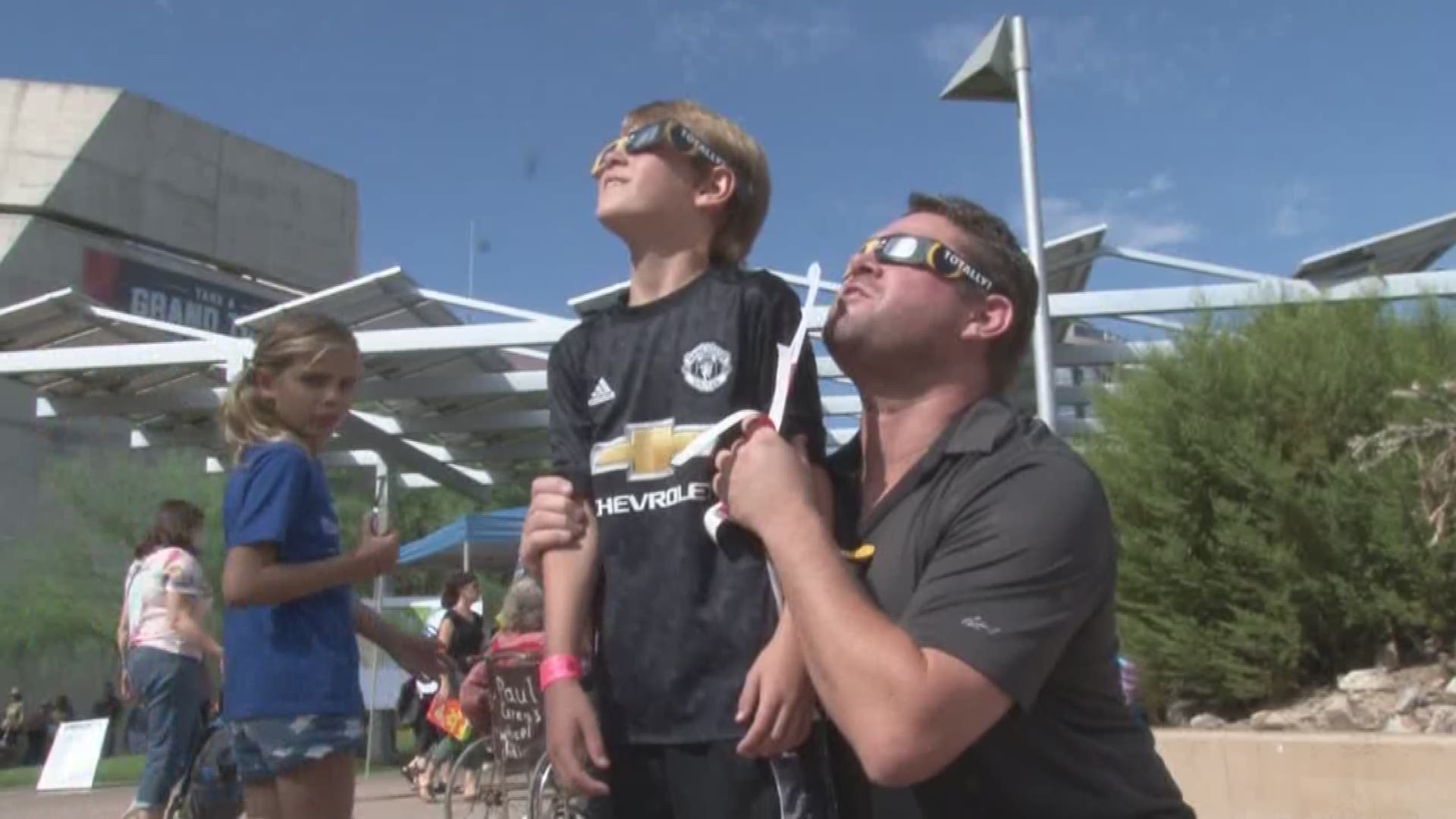 More than a thousand people showed up at the Arizona Science Center to watch the solar eclipse over the Valley.

"We prepared with 500 glasses today, we weren't expecting a huge turnout because it's a Monday during school," said Sari Custer with the Arizona Science Center.

Those glasses ran out around 9:30 a.m., but the science center did its best to make sure everyone got the most out of the experience.

Many people were able to borrow glasses from others, or use one of the Phoenix Astronomical Societies many solar telescopes and binoculars.

"We are huge astronomy buffs, so when I heard about this a month ago we were going to drive up to Wyoming," said Amari's father.

Instead, they decided to stay in town and celebrate the historical moment.