Justine Dachel is an American citizen. Her husband is a DACA recipient and he was taken into ICE custody on Monday. 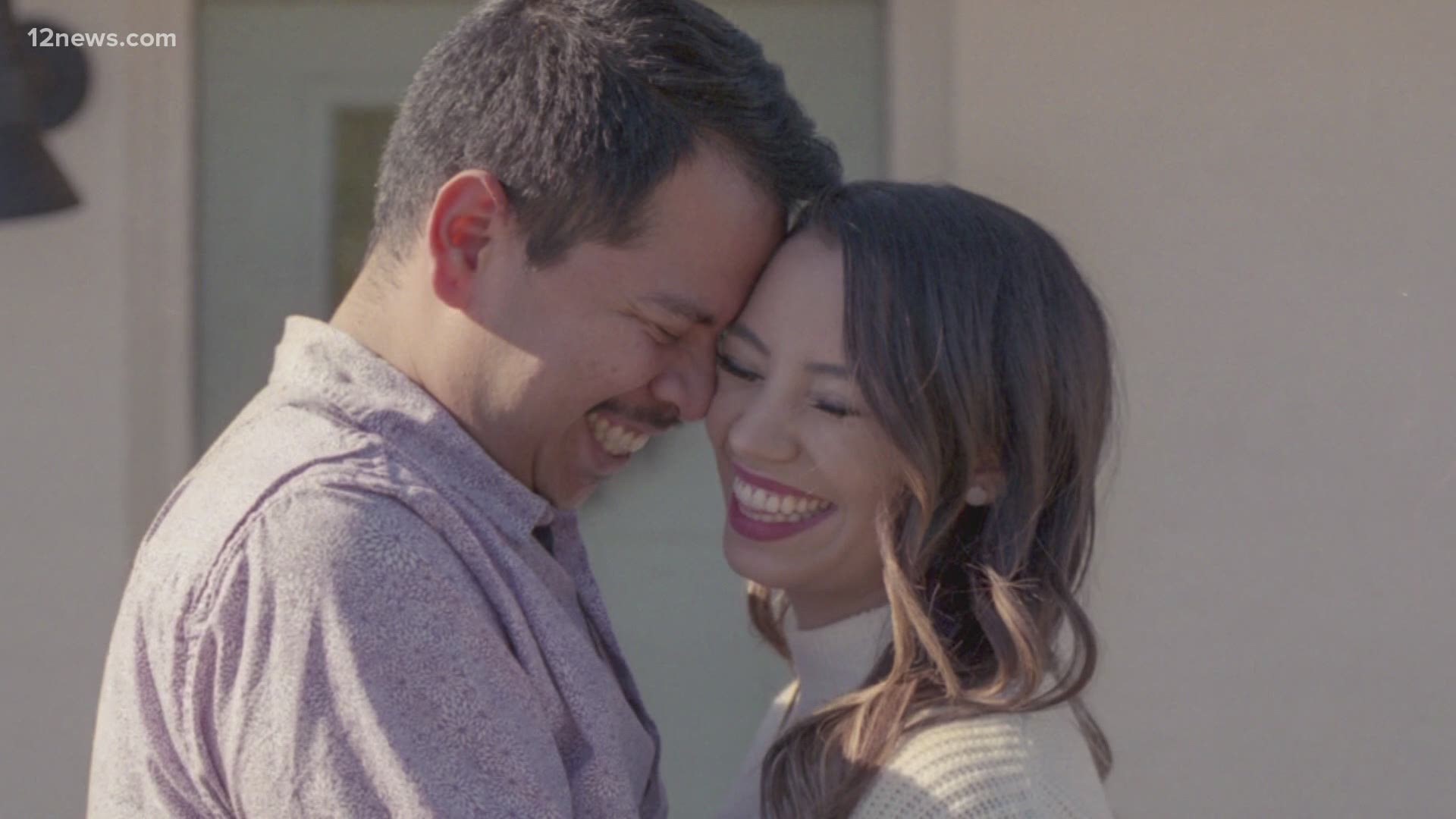 PHOENIX — A Valley woman preparing to have a baby any day is crying out for help after her husband, Misael Trujillo was taken into ICE custody, picked up after serving a one-day jail sentence for a 2018 DUI.

"This is the last thing that we thought would happen. This is the worst-case scenario.” Justine Dachel said.

Dachel said her husband has lived in the United States for more than 20 years.

“He really wants to put a smile on everyone’s face all the time and that’s what I love about him so much,” Dachel said.

The two met when Trujillo started working for the bakery Justine owned. The two now co-own the bakery and are expecting their first child together.

“And when he found out he jumped for joy it was a little girl he was like it’s daddy’s little girl, he can’t wait to meet her.“ Dachel said.

Trujillo though is not able to be there, currently in ICE custody.

Justine was supposed to be induced on Tuesday, but is delaying the birth for another week in hopes her husband can make it back home.

“It would literally crush him to not be here," Dachel said.

Trujillo is a DACA recipient. On Sunday, he was supposed to serve a one-day jail sentence for driving under the influence of marijuana back in 2018.

The family does not believe the arrest was valid.

Originally, the plan was for Trujillo to serve his one day in a California jail in order to avoid ICE potentially taking him into custody.

Because of the ongoing pandemic, Trujillo was forced to serve his sentence in Arizona. As soon as his day in jail ended, ICE took him into custody..

The family's attorney Dario Romero says in Arizona, this is typical.

“For most facilities they have an ICE agent there," Romero said. "As soon as you complete your sentence ice takes you if your status is not permanent”

Romero said those with DACA status can see their status revoked even for misdemeanors similar to the one Trujillo was convicted of.

Currently Trujillo is in ICE custody. At stake is deportation, a separation from his wife and still unborn child.

The family has started a petition, hoping a man who has lived more than 20 years in the US is able to return home.

The family’s lawyer says bond hearings are being delayed because of the pandemic.

If you would like to support Trujillo's case, you can do so here.

RELATED: US signals it will resist freeing detained migrant families