'There was no blaring indication of what we were walking into': Officer shot speaks out for first time

Officer Alicia Hubert goes through the moments before the suspect opened fire. 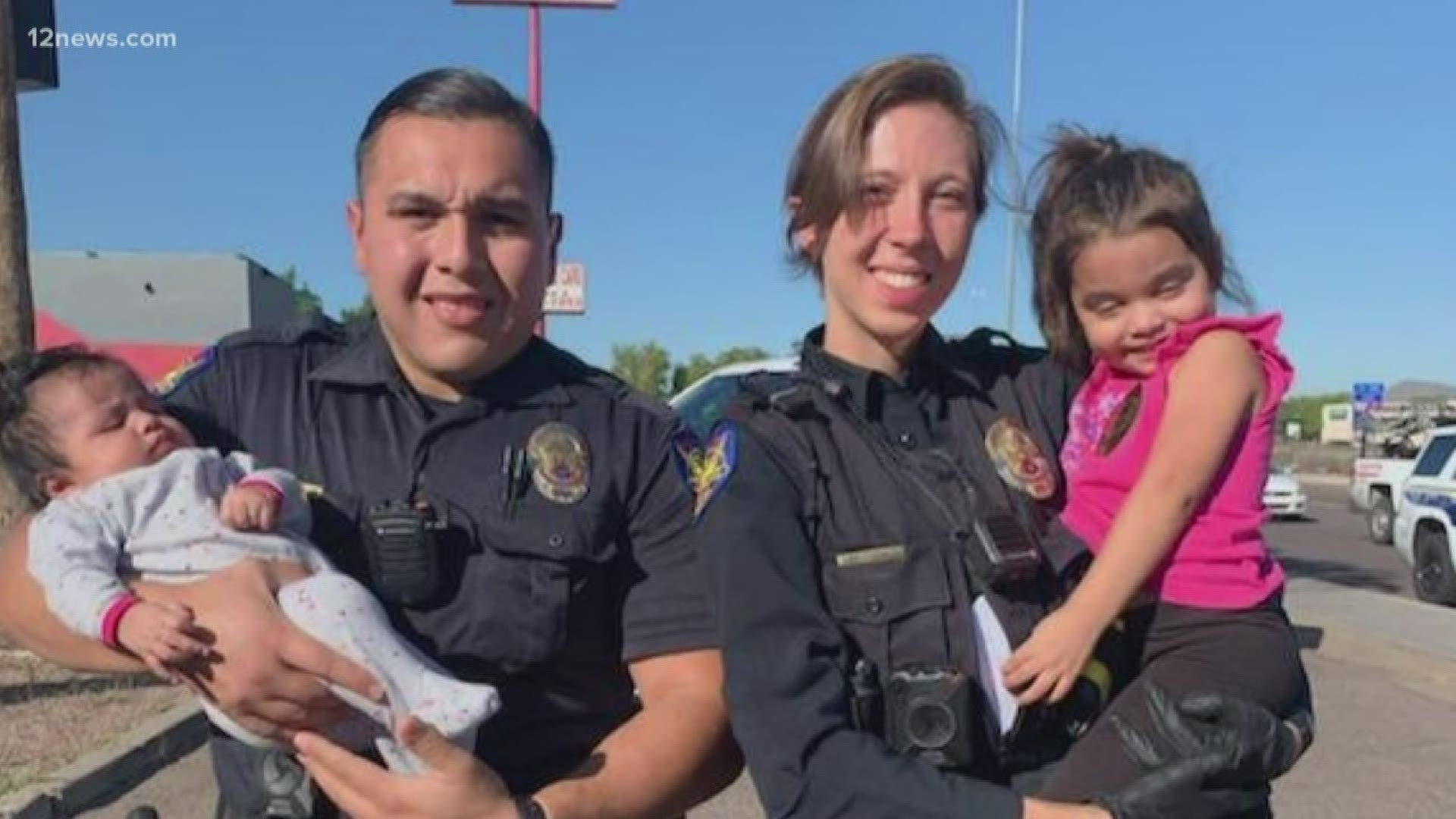 PHOENIX — For the first time, we are hearing from one of the two Phoenix police officers who survived a shootout at a home in north Phoenix nearly two weeks ago.

"Other than him not wanting to come downstairs, there was no blaring indication of what we were walking into” Alicia Hubert said, speaking with reporters for the first time since being shot two Sundays ago.

Officer Alicia Hubert, Officer Marissa Dowhan and Commander Greg Carnicle, responded to a house near 40th Drive and Pinnacle Peak Road to a report of a roommate conflict. But when they walked into the house and started to head up the stairs, a man opened fire on the officers.

“I remember tasting copper in my mouth, a little bit of copper,” Officer Hubert said.

According to Hubert, she and Officer Dowhan jumped from the stairway.

Hubert was hit by two shots, once in the foot, another shot in her back. She said she laid in the kitchen until she heard someone say Commander Greg Carnicle's name, who was still upstairs.

“Someone said his name and to me, that broke me out of “I've been shot.” it moved into, "Other people have been shot,'” Officer Hubert said. “Just that thought got me crawling.”

Hubert was rescued by other officers in the home who risked their lives to save hers.

She was then taken to a hospital as her father, a 35-year veteran of the Phoenix police force, and now reserve officer, Paul Hupert learned his daughter was shot.

“It was just the worst fear," Paul Hupert said.

The older Hupert expected the worst but hoped for the best.

Thankfully, the reality was closer to the latter for his daughter.

“I walk into the room and was able to see her with my own eyes that she was okay," Hubert said.“See her laugh, see her cry and joke about her toe.”

The injuries could have been much worse.

According to Phoenix police, the bullet which hit officer Alicia Hubert was stopped by an extra bulletproof plate given to officer Hubert by her dad a few before the shooting.

The two Huberts worked together on the Phoenix Police force for about two weeks before Paul moved to the reserves.

An Instagram post from Alicia's sister shows Paul Hubert signing off while welcoming his daughter to the force.

Alicia Hubert is expected to make a full recovery. She is looking forward to returning to work but does not know when she will be able to.

• 'He was truly our hero and always will be': Family of fallen police commander remembers him