The Tamale Store sends message of love to the Valley, from its walls

The kind gesture is painted in the form of a mural at The Tamale Store at Cave Creek and Greenway. 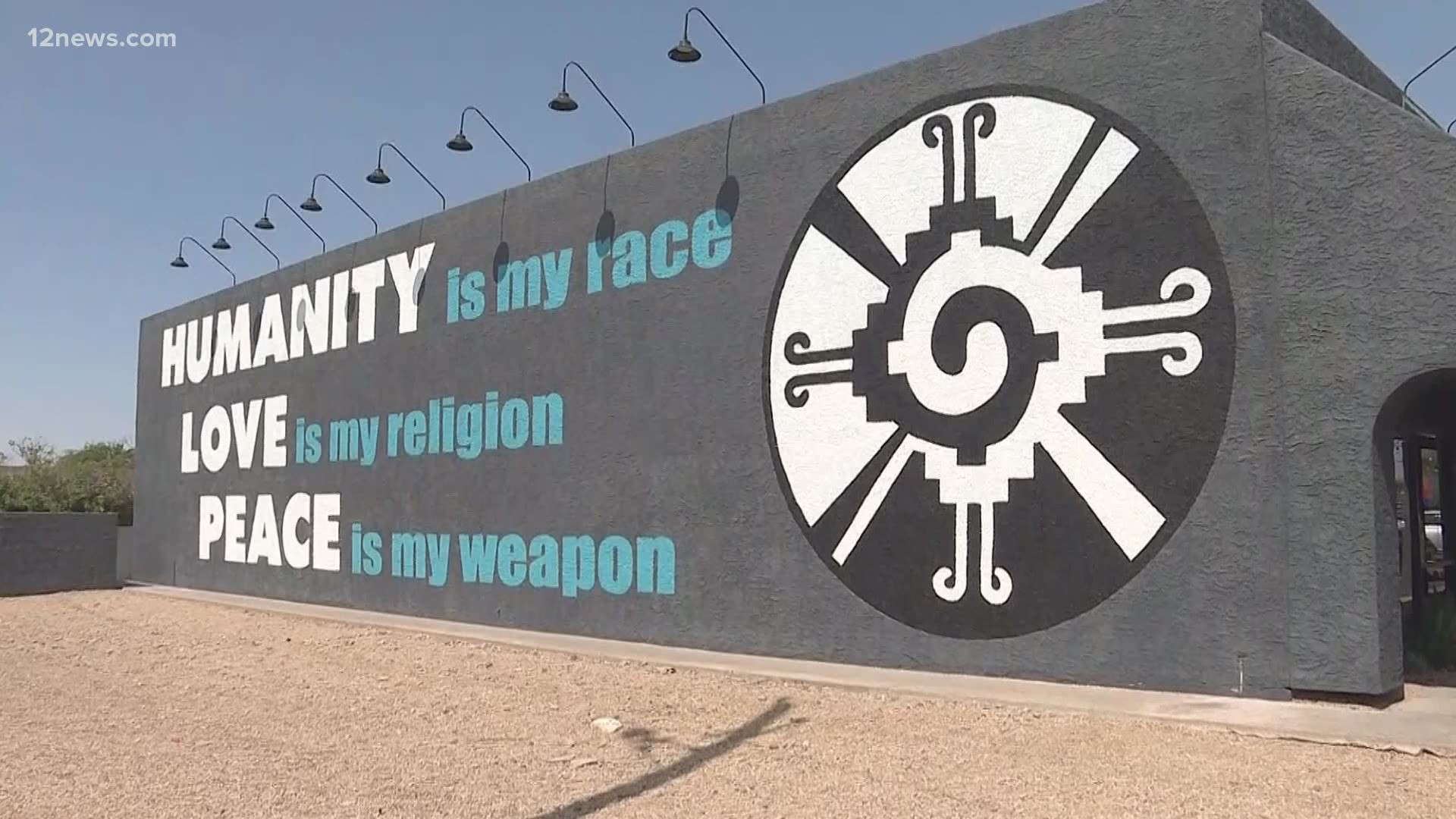 PHOENIX — 12 News is honoring Hispanic Heritage Month, celebrating the contributions of Hispanic Americans to Arizona. Friday, we’re taking a look at a restaurant– known for its Mexican food, and one that's also spreading a message of positivity across all cultures.

The Tamale Store owner, Pauline Pimienta, says they painted a mural reading, "Humanity is my race. Love is my religion. Peace is my weapon," on their store wall.

“We know it’s a really hard time for everybody, so we just wanted to do something really nice for the community," Pimienta said.

That kind gesture is painted in the form of a mural at The Tamale Store at Cave Creek and Greenway.

The project has been in the works for several days.

“It’s just a reminder to everybody, that hey, the most important thing right now is love," she said.

It's a message this family owned restaurant hopes will help draw the community together.

“I think regardless of what side you’re on, or if you’re right or left or this or that," she said. "I think this message resonates with everybody because at the end of the day, all we want, is peace.”

It's also a mural Pimienta says will spread positivity from their wall, for the foreseeable future.