The latest on the death of Dion Johnson, shot and killed by DPS trooper same day of George Floyd's murder

Video was key in the Derek Chauvin trial, leading to his conviction. The DPS trooper who shot Dion Johnson didn't have a body camera. 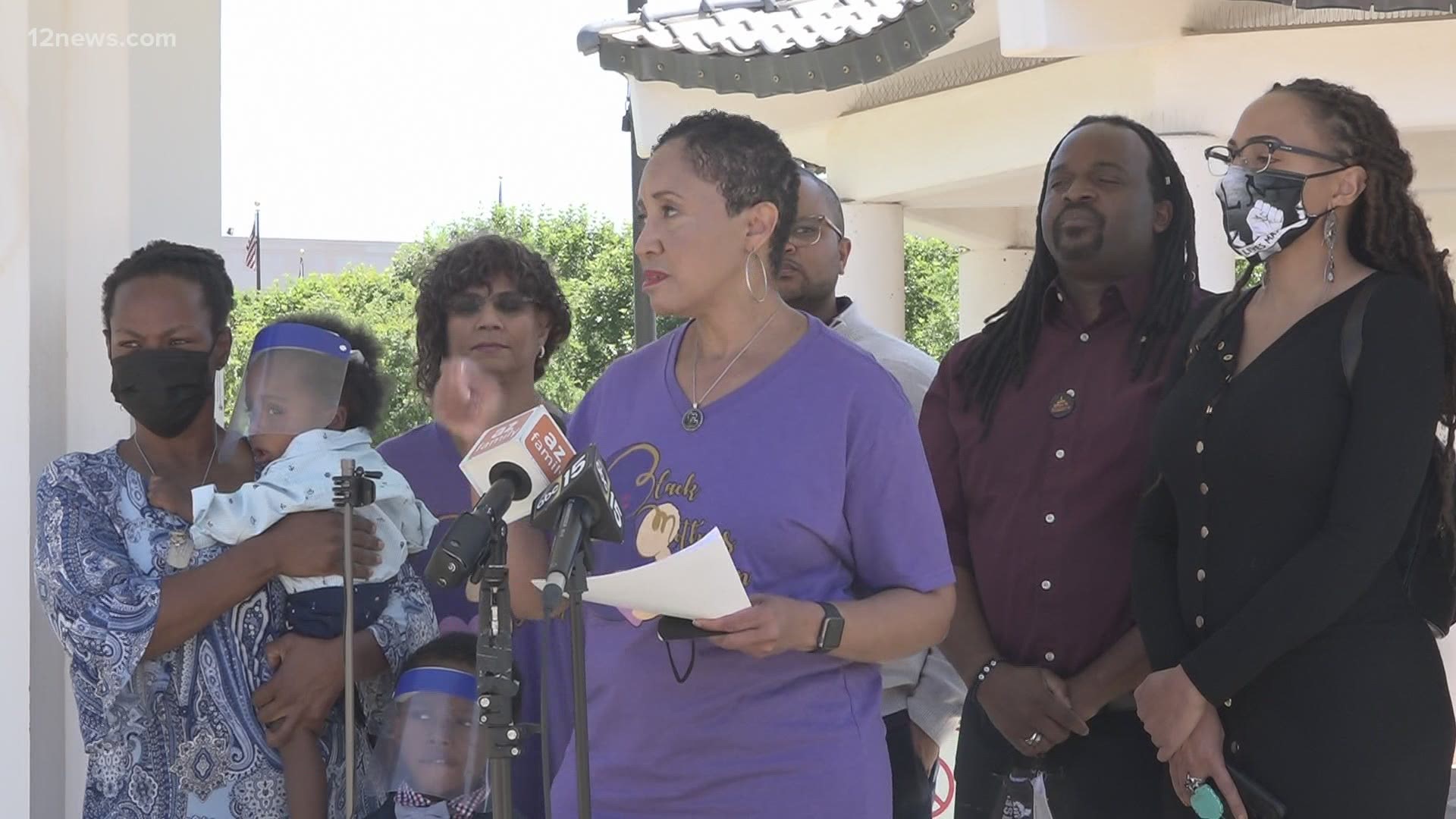 PHOENIX — On the same day George Floyd was killed by former police officer Derek Chauvin, a controversial use-of-force case was playing out in Phoenix.

In the early hours of Memorial Day 2020, DPS Trooper George Cervantes rode up on his agency motorcycle to a parked car blocking part of Loop 101 near Tatum.

The stop would ultimately lead to Cervantes shooting and killing the man in the driver's seat of that car, Dion Johnson, whose name would become the center of protests in the Valley along with George Floyd.

"Very, very relieved to see that the jurors saw what we saw across the world," Wood says. "We saw murder. They saw the same thing."

She founded the Black Mothers Forum in Phoenix, a group that, in part, works with families like George Floyd's. Families of those killed by police officers. Families like Dion Johnson's.

"For the first time, I think it shook a lot of Americans because a lot of people are like 'Hm, this is wrong and we really need to do something about this.'"

She says there's still work to be done, including in Johnson's case.

Back in May, when Cervantes went up to the driver's side window, he said he saw open containers of alcohol and a gun in the suspect’s car.

Cervantes told investigators he removed the gun and went to arrest Johnson for a DUI. When Johnson woke up, he tried to fight back.

Other responding agencies did have body cameras, including footage from a Scottsdale police officer that shows Cervantes and another responding trooper rendering aid to Dion Johnson.

Cervantes told the Scottsdale officer he fired two shots and the second one must have "grazed" Johnson.

Johnson's family and attorney at the time voiced concern over the lack of footage showing exactly what happened.

"That’s the problem," Wood says. "If you don’t have the film to prove it, then we’re always going to air on the side that the officers did why they were supposed to do and somehow this child deserved it."

Bystander and body camera video would prove to be crucial in George Floyd's case and Derek Chauvin's trial. Minneapolis police originally said he died from a "medical incident" until video surfaced showing otherwise.

Earlier this year, DPS said 150 of their troopers were equipped with body cameras for a trial run. A spokesperson said 75 troopers statewide had cameras from Axon and 75 from Watchguard. The trial period will likely go through the end of the fiscal year, which ends in June.

At the time of the shooting, Johnson had a misdemeanor warrant out for his arrest. Records say Cervantes didn’t know who Johnson was or his history before the shooting.

Records released from the Maricopa County Attorney's Office show details about Johnson’s prior arrests, including allegations of fights with his family and assaulting an ex-girlfriend.

As a trooper, Cervantes has his own record with DPS. In his 15 years with the department, documents show there were thirteen complaints filed against him. Some were unfounded, but he was disciplined for others, like using his DPS taser on his family’s dog.

As for the internal investigation into Cervantes, DPS confirmed Tuesday the investigation was complete. DPS says Cervantes is still a DPS employee and that he's currently on "industrial leave," but did not elaborate on what that means.

Dion Johnson's family has since acquired a new attorney. Their new attorney did not get back to 12 News after a comment request Tuesday.