The city of Tempe is turning 150! Here are several different ways to celebrate.

The city's big Sesquicentennial celebration is planned for Nov. 7 at Tempe Town Lake. 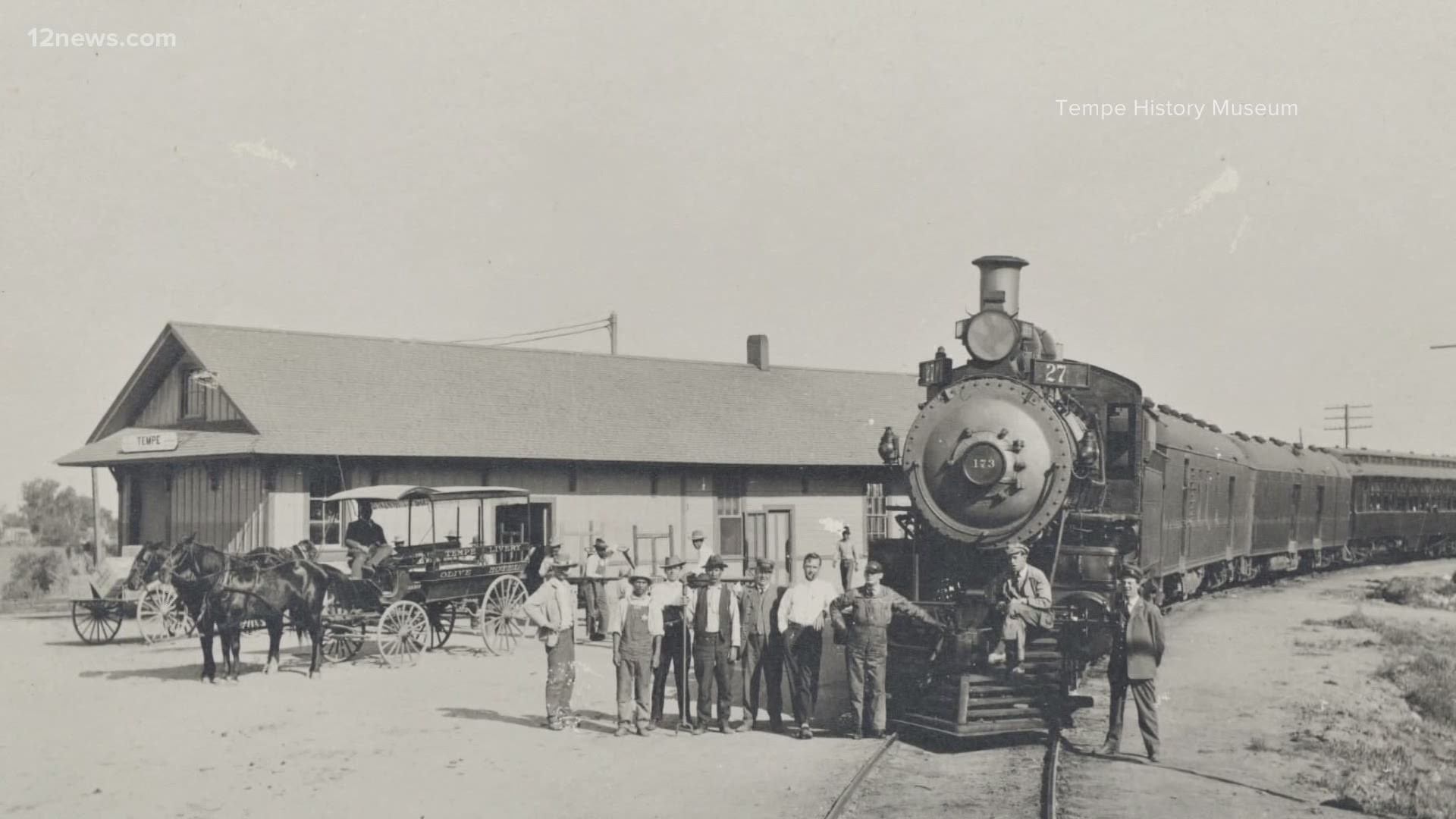 TEMPE, Ariz. — A Valley favorite is celebrating a major milestone: 150 years for the city of Tempe.

The city started its journey with humble beginnings as a community decades ago paved the way for an even brighter future.

Charles Trumbull Hayden was an original visionary who saw and acted on farming potential in the land back in the late 1800s.

The area is now known as the city of Tempe. And when a place like Tempe turns 150, decades of stories come out of the woodworks.

Josh Roffler, senior curator at the Tempe History Museum, walks the halls of the historic Peterson House, recalling the different ways the family lived there years ago.

"When it was first built in 1892, they had no electricity here," Roffler said. As historic homes like Peterson House open doors to the past, it gives a look at early Tempe life.

Jared Smith, a curator of history at the Tempe History Museum, studies the area's past. It was a time where crops, canals and the start of the railroad all set the stage in the late 1800s.

"Then Tempe suddenly has access to the outside world and they're a hub as a market for railroad goods," Smith said.

A lot of it began with the historic Hayden Flour Mill, Brenda Abney, interim deputy director of Tempe Arts and Culture, said. "(It) provided that groundwork for our community's founding."

Tempe built on the history of innovative pioneers like the Haydens. "A lot of early people back in those days were kind of renaissance people," Smith said. "They did everything."

It was also a growing community with many backgrounds.

"There were people here well before that, Native American people," Abney said. "Mexican people settled San Pablo at the same time basically, it was hand-in-hand."

It all led to local business owners like Vic Linoff, decades later in the 1970s.

"It was very inexpensive to rent a place," Linoff said. "I think we paid $150 a month rent. Rents have gone up dramatically now."

While costs have gone up, so has a beach in the desert, Arizona State University at Tempe's Buttes, all settled in with Mill Avenue.

It's a preservation of the old, while celebrating and welcoming the new.

There are several other events leading up to the big celebration on Nov. 7, but exact times and activities are in the works.

If you'd like to get involved with activities now, the city is hosting a scavenger hunt.