'That’s one less bike that will show up at a ride:' Thieves steal veteran's bike who uses it to honor fallen soldiers

On Saturday thieves broke into Rayco Car Service in Mesa and stole the 96' Harley Sportster. The owner, a Navy Veteran, used it to honor fallen soldiers. 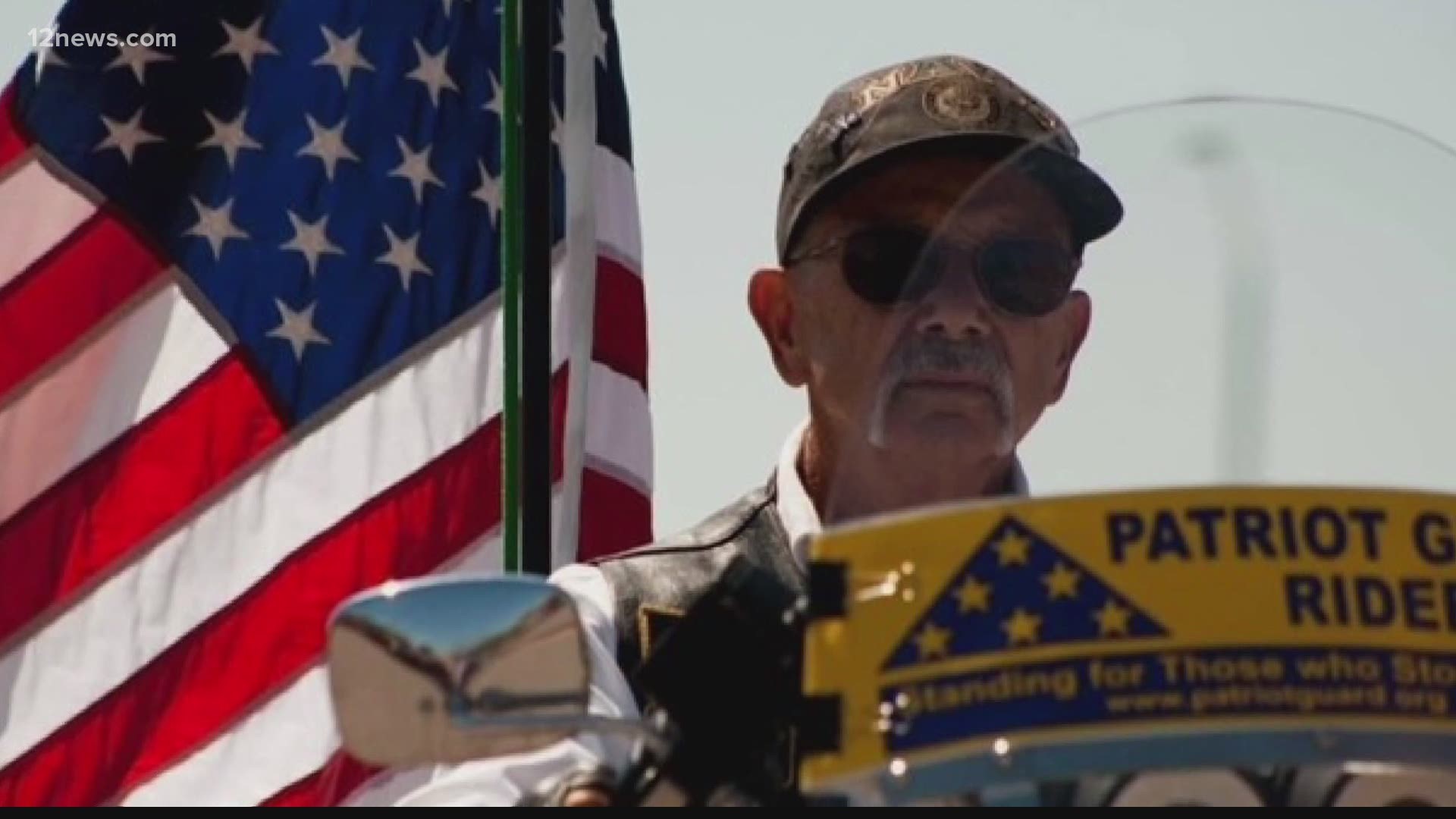 MESA, Ariz. — A 16-year-old special bond was broken over the weekend when thieves broke into a Mesa auto shop and stole a Navy veteran’s 96’ Harley-Davidson Sportster.

Aside from going on "wind therapy" rides and enjoying life on two wheels, he also rode to honor fallen soldiers as a member of the American Legion, Missing America Project, and Patriot Guard Riders (PGR).

For almost a decade, he’s done PGR rides, where a group of riders escorts the remains of a fallen soldier to their resting place.

It's those types of rides that Felten said are the sole meaning behind his love for bikes.

“It’s pretty special and an honor to do,” he said.

Felten’s full-time job was managing a moving truck company that’s in the same building as Rayco Car Service, an auto shop near Dobson Road and Main Street in Mesa.

A fire broke out on June 5 and damaged both businesses. It left Felten without employment.

His bike was in the shop waiting for repairs, but luckily it was not damaged by the fire.

On Saturday, Felten said he stopped by the closed auto shop to pick something up from a compartment in his bike when he realized it was gone.

Thieves had broken into the building from a rear door. They cut through a lock and took the bike through a garage door.

“For somebody to do something like this to him is just heartbreaking,” said Tracy Felten, Tom Felten’s daughter.

Tracy Felten said thieves ransacked her father’s office. The registration was on the bike, they believe the thieves were looking for the title.

“I don’t think the people that took it realized what they took. I know they don’t know the story behind the bike and who it belonged to,” she said.

She describes her father as a selfless, caring man that will help anybody. That’s why now friends and even strangers are rallying behind, as they plea for the person who took the bike to return it.

“Don’t be selfish and cut out what we do for other families,” said Bob Cowgill, Tom Felten’s PGR ride partner. “You made a mistake and you can make it right, please make it right.”

Mesa Police are looking into the case. In an email, the department told 12 News the case is in their queue to be assigned to a detective for follow-up investigation.

The Felten family has set up a GoFundMe account to repair the bike when and if it is found, or to buy a replacement if it is not located.

They are calling for the bike to be returned, no questions asked.

“That’s one less bike that will show up at a ride and I looked on the calendar and there are three rides today,” Tom Felten said. “If I can’t do that, it takes something away from me.”