'That was all my savings': 9 Valley families defrauded of thousands in Facebook real estate scam

Nine Valley families were allegedly defrauded of thousands of dollars when they were on the hunt for a new apartment. They all came across a scam Facebook ad. 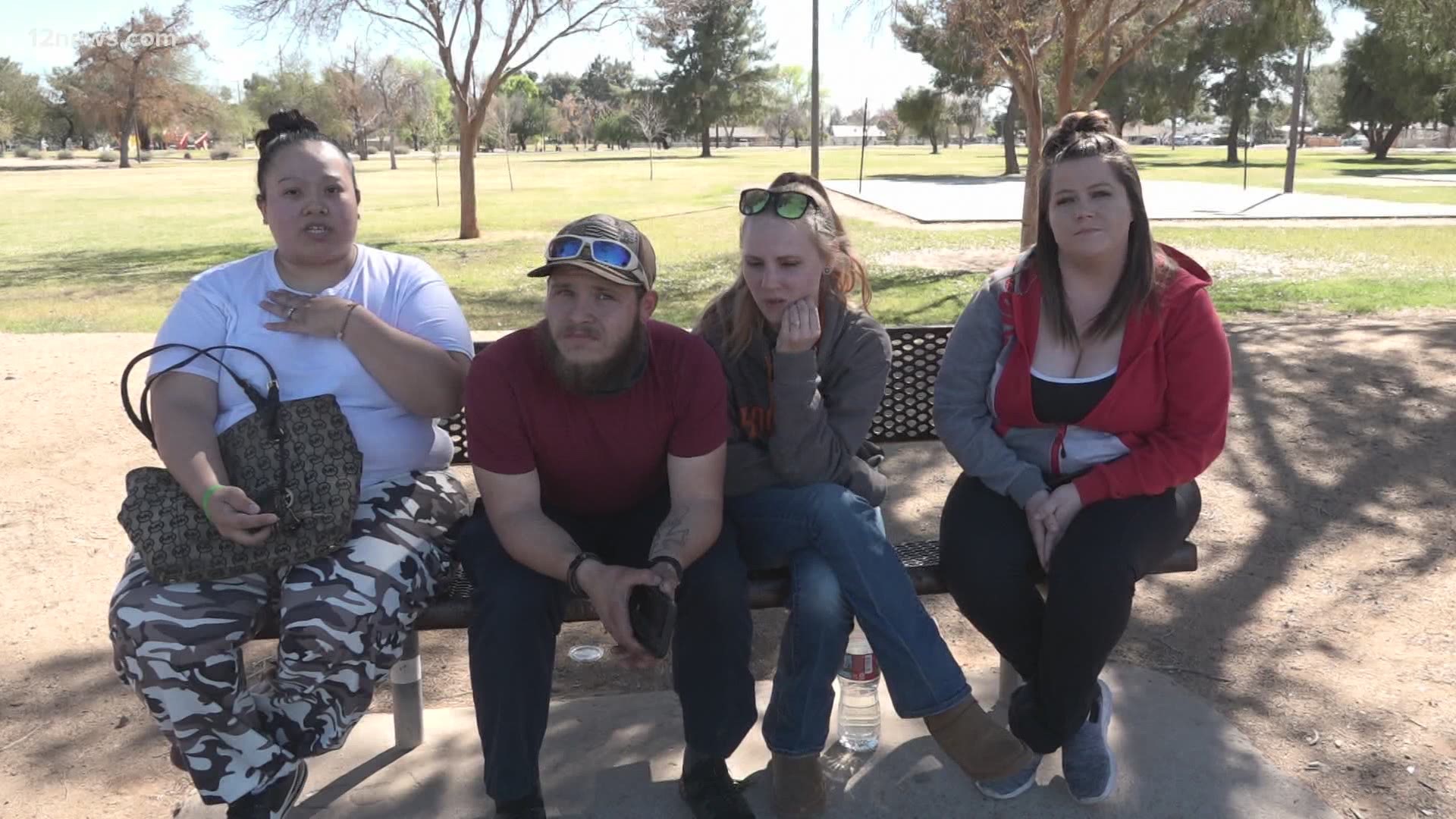 PHOENIX — One man is behind bars after police say he allegedly defrauded nine families of thousands of dollars when they were on the hunt for a new apartment.

The alleged victims said they all responded to a Facebook advertisement for a $900 condo at Morten Villas near 19th and Northern avenues.

Four people said they toured the place the same day they saw the posting, signed a lease, and even gave money for a deposit.

“That was all of my savings," said Brooke Hites, one of the alleged victims who said she gave Stress $1,300 to hold the condo.

Other families like Courtney Taylor and Kyle Johnson said, in total, they gave the suspect $2,000. Meanwhile, Clarissa Odell said she also paid $1,800 when she signed up to move into the condo.

All that money, going towards nothing. Police said the nine families all paid deposits on the same condo.

“We did look up public records of who was actually on the condo and it matched, the names matched," Courtney Taylor said.

She said when Stress kept moving back their move-in dates, that’s when the red flags started flying.

For Odell and Hites, they realized it was all a scam when they showed up to ask about their move-in dates and found other people with their cars packed ready to move in.

All four of the victims 12 News spoke to said they tried to get Stress to give them back their deposit money, but claim he told them no and violently threatened them.

“I [was] asking for the money back and he told me that I’m not going to get my money back," Odell said. “He tried to pull out a gun on my mom and brother, who were there with me."

Most of the alleged victims say that money they gave Stress was their life savings, so when they found out the condo was a fraud, they didn’t have a place to go.

For weeks, their cars became their homes.

Odell, her husband, and kids are staying with family until they find a permanent place.

Taylor and Johnson just moved into a new apartment with their child. Hites, on the other hand, is still calling her vehicle home.

“I’m staying in my car," Hites said. “I do have nights where I can bounce around between my friends and family, but there are times there is just not enough room, so my kids sleep with them and I in my car."

As they all try to get back on their feet, a friendship has formed as they bond over what happened to all of them.

“More and more people seem to show up, so it’s becoming more of a tragedy,” said Johnson.

The group of alleged victims said they have found up to 20 defrauded families.

The Phoenix Police Department said Stress is only being charged with defrauding nine currently, but add the investigation is ongoing and more charges have not been ruled out.

Authorities say if you were also a victim of this scam to reach out to them.

As it is unknown if the impacted families will get their money back, they have set up a GoFundMe account to help them rebuild their lives. They are all splitting the money.