'I didn't look up': What the man accused of hitting and killing an officer while driving distracted told police

40-year-old Jerry Sanstead is heard during a police interrogation explaining what happened on Jan. 8, 2019 on Loop 101 near McDowell Road. 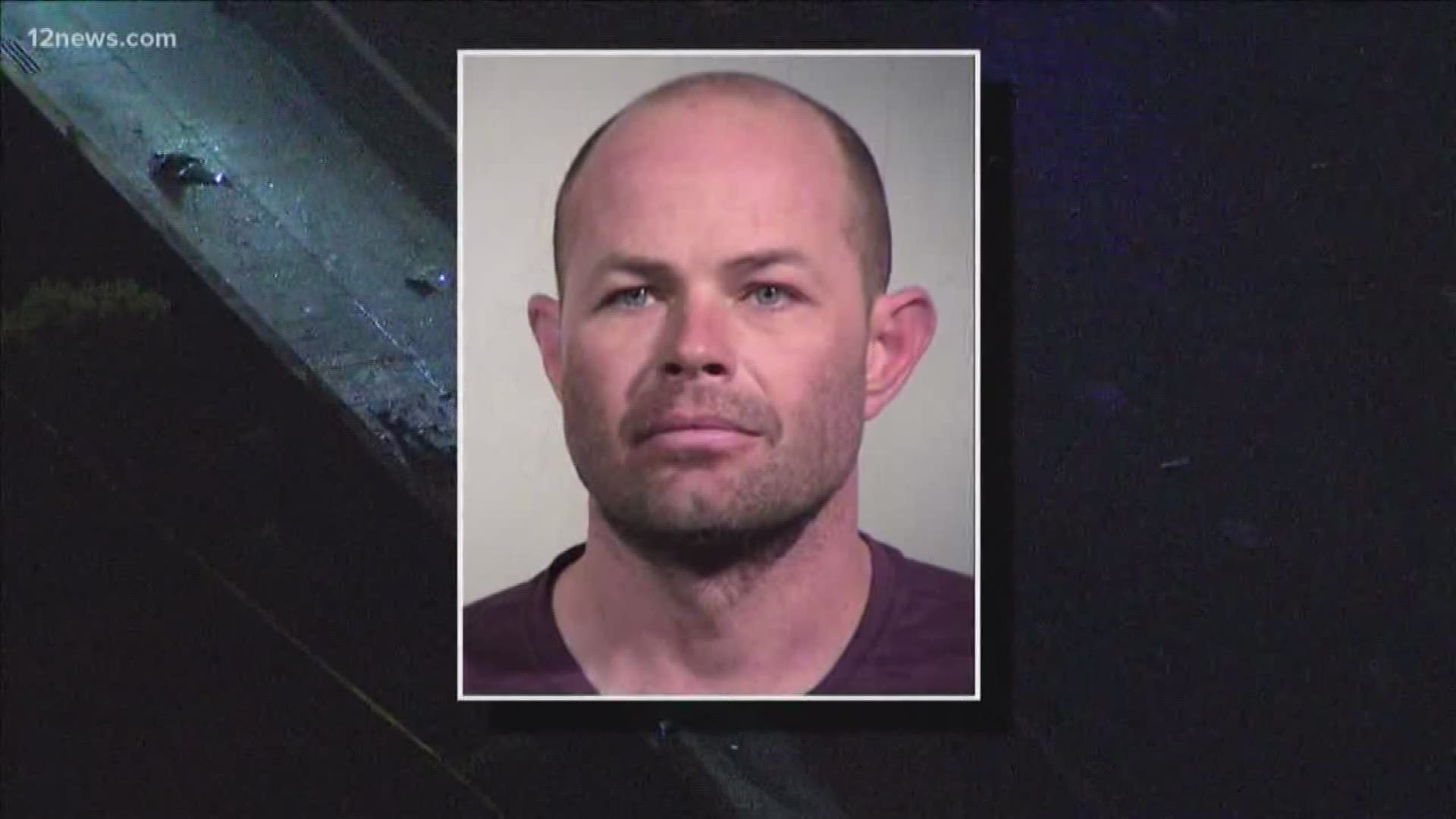 Salt River Police officer Clayton Townsend was killed during a traffic stop earlier this year – by a driver who police say was texting and driving.

For the first time, we're hearing from that driver in newly released recordings taken shortly after the fatal crash that resulted in the state’s new texting and driving law.

In the recordings, the suspect – Jerry Sanstead – admits that he was changing the radio and also voice texting with his wife. But he couldn’t quite remember exactly what caused the accident.

"I was going back and forth with my wife on text, and just calling," said Jerry Sanstead, while talking to investigators shortly after the accident.

Sanstead spent about an hour talking to investigators shortly after the crash on Jan. 8 that took the life of 26-year-old Salt River police officer Clayton Townsend.

At one point in the interview, officers ask Sanstead if texting and driving is something he does often.

Officer: "Is that a pattern?"

Sanstead: "Talking to my wife – unfortunately yes. It’s not like I’m typing. All you do is speak.

Sanstead: "Yeah. Your text goes in and you have to hit send. So there’s a little bit of distraction there."

Sanstead told officers his cruise control was set at 65 mph and he couldn’t remember if the accident was a direct result of texting. But he did admit to being distracted

RELATED: Driver says he 'might have passed out' before fatally hitting officer

Officer: “Did you feel the rumble strips or any markers in the road?"

Sanstead: "It just happened so fast. And I don’t know how it even happened. Maybe I was looking at the radio. Maybe I was changing the channel on the radio because I like different kinds of music."

Officer: "It all seems to stem from a text message?"

Sanstead: "Well, either that or I was changing the radio. I just know I was doing that on my way home. I didn’t look up...I was doing something like this and that’s all I remember."

Officer: You catch yourself drifting on occasion?

Police tell Sanstead regardless if it was a text or a radio that distracted him, the gravity of the situation was still the same.

Officer: "Distracting driving is dangerous…we can agree on that?"

Officer: "In this instance, it’s life-altering. Especially for you."

As a result of this tragic incident, the Arizona legislature finally passed a hands-free law this past session. That will go into full effect in 2021.

RELATED: Here's what you're allowed to do under the cellphone driving ban