Tex became the youngest person to ever receive a Ford Franchise at 20 years old when he founded Earnhardt Ford in September 1951 in Chandler. 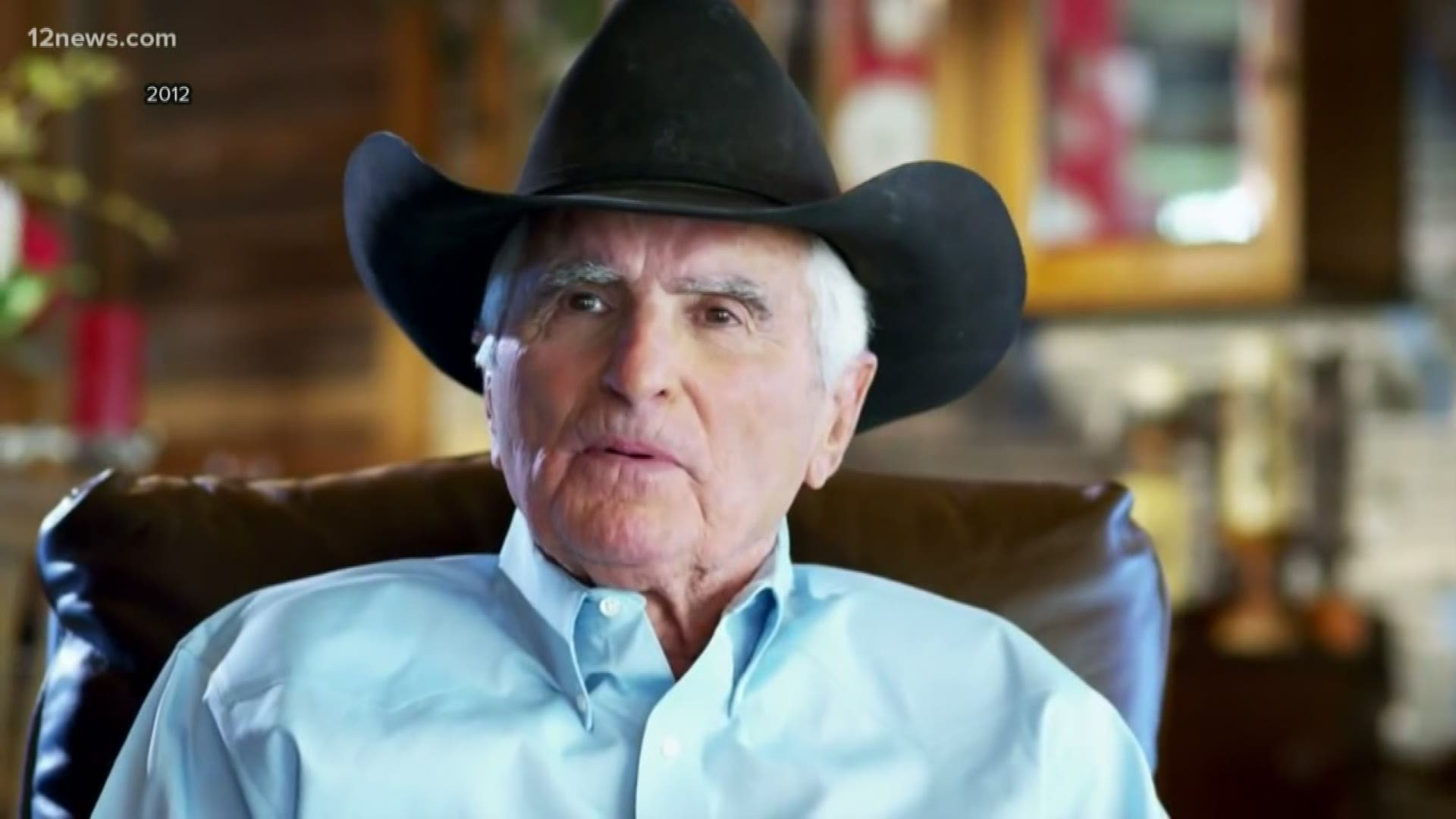 He was known to generations of Valley residents for his trademark TV ads, capped by Earnhardt sitting atop a steer and telling viewers, “That ain’t no bull.”

In 1951 when he was twenty years old, Tex Earnhardt and his family moved to Chandler where his father, Hal, started a small gas station downtown.

Tex became the youngest person to ever receive a Ford Franchise at 20 years old when he founded Earnhardt Ford in September 1951 in Chandler.

Eventually that dealership grew to 23 dealerships  representing 17 brands, with locations throughout the Valley as well as the Las Vegas metro area.

“Tex’s mark on the economic landscape of the Southwest and in the hearts of our family and Arizonans will endure for generations to come,” said Derby Earnhardt, grandson of Tex. “While we’ll go on… it’s tough to know that this great man is no longer with us…no longer atop Chisholm [the trusty steer in Earnhardt commercials] greeting our friends and customers and introducing them all to this amazing brand [that] he built."

“It’s a time to remember and grieve, but the company - and the mission to serve its surrounding communities - will continue to grow and expand; ensuring the legacy and spirit of Tex Earnhardt is felt and present for many, many years to come," said sons Hal and Jim Babe Earnhardt.

Out of respect for Tex and the Earnhardt Family, the Family has requested to honor Tex by not sending gifts, flowers or plants – but to simply send a card and (if desired) make a charitable monetary donation in Tex’s memory to the Chandler Compadres.