With a squadron of javelinas surrounding their Scottsdale home, one family had to get creative to scare off the animals. Enter their Model Three Performance Tesla. 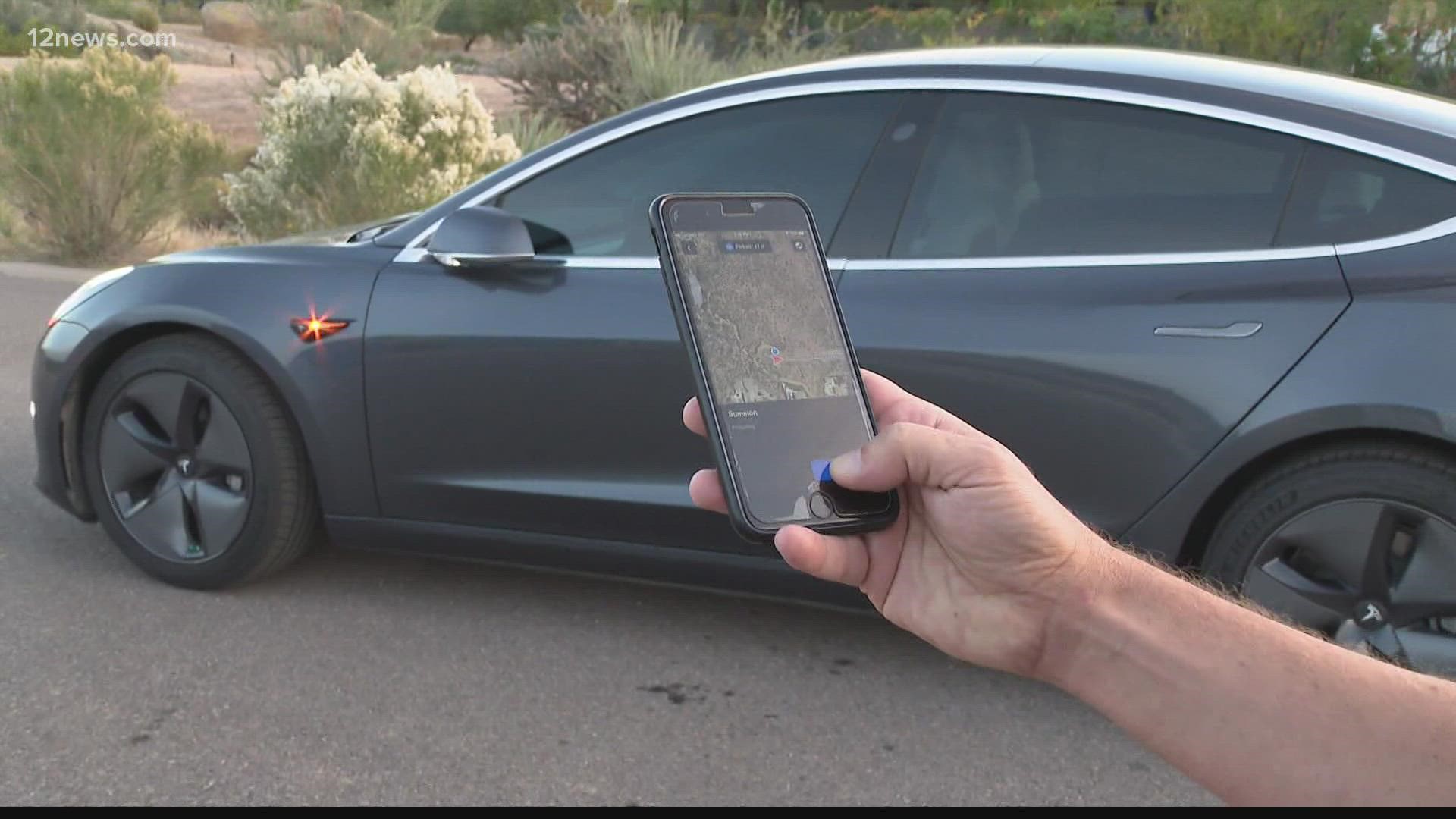 SCOTTSDALE, Ariz. — A confrontation between a squadron of javelinas and a Valley family was narrowly avoided on Nov. 15.

Kimberly and Jeff Weeldreyer were showing one of their friends their under-construction, newly-built home near the Troon Golf course in North Scottsdale, just under Tom’s Thumb when Jeff spotted the animals.

With two babies in the squad, Jeff knew they could become protective. He quickly suggested to his wife and their friend, Carolyn, to retreat back inside the home.

Kimberly and Carolyn at first didn’t know why. Jeff stated there were javelinas around the corner. The three then returned to the safety of the house and started taking videos and pictures of the desert animals.

Carolyn had never seen these types of animals, so it was a cool experience for them. However, these little desert dwellers weren’t automatically scared to leave the area when the Weeldreyer’s or their friend began making noises.

“We would open the window and make a loud noise like this (clapping) and they would just freeze for a second," Jeff said. "Then they would just go back to what they were doing.”

After about ten minutes or so, Jeff thought “Ok, this is pretty neat, but after five or six minutes, I’m like we're trapped inside of the house. Because of all the javelinas outside and they are not leaving.”

Now it was time to get creative, with Jeff’s Model Three Performance Tesla sitting in their driveway with the ability for autopilot and to be summoned via the Tesla app.

“Ok well, let’s see what happens if I move this big car right behind him and see how they will react,” he said.

As he moved the vehicle, the squadron of javelinas took to formation and with lightspeed, bolted away from the area.

“Yea, one of our friends said, it looks like their hairs stood up,” Kimberly said in a video shot during the encounter. She also added “Tesla for the win.”

Asked what Tesla’s new slogan could be after seeing this, Jeff said “maybe they put a new feature in so it makes some kind of lion noise or something. They can kind of built on it, market it as some kind of animal protection device.”

With all jokes aside, the Weeldreyer's know this will not be the last time they will have encounters with wildlife after they move in.

“Here we are, we are living among the wildlife, it’s part of it," Kimberly said. "So we are on their turf. We have to learn to share the turf together.”

But the couple added they know what to do next time if they are ever trapped inside their home because of wildlife.

“We can clear them out if we want to. We know what to do now.”